Pretty sure he injects them with steroids before sending them.

My first ever tarantula,a male T. Albo,just molted mature.
Feel kinda sad,but proud at the same time.
EDIT: Also,a surprise molt, C. Versicolor sling. A major size upgrade. From below 2 inches to about 2.5 inches. I guess this would be a juvenile now!

My juvenile female Avicularia avicularia (from @cold blood) molted Friday night. I'm going to have to find a bigger container for her. 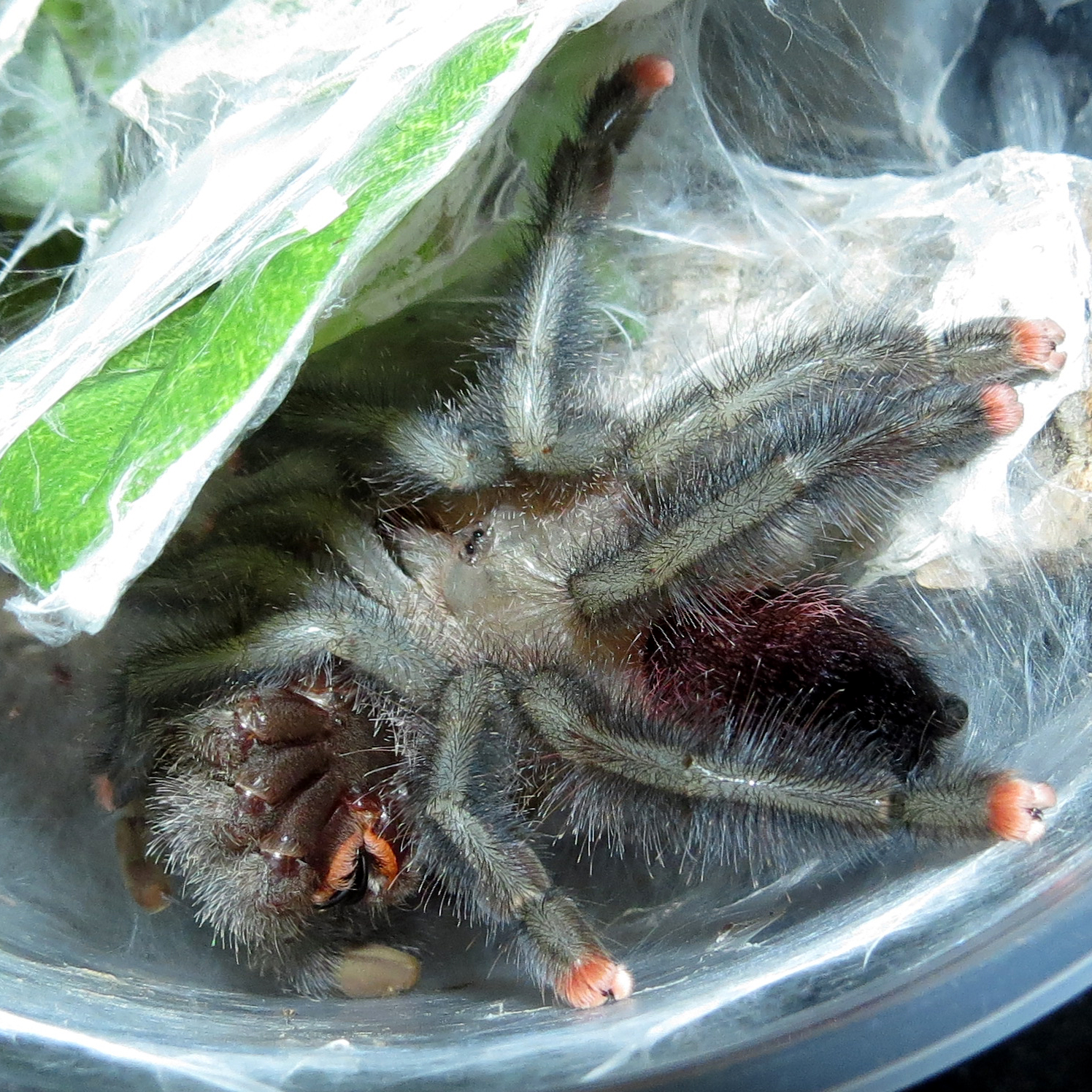 My A. Seemanni molted and regrew it's missing leg and pedipalp.

Here's a before and after picture.

Young 2.5" B. hamorii female coming out of her shell

Can join in again.

both of my Pokies molted (Regalis and Rufilata). Again, I wonder if they release a molting pheromone because doubles seem so common

Matt Man said:
both of my Pokies molted (Regalis and Rufilata). Again, I wonder if they release a molting pheromone because doubles seem so common
Click to expand...

I think that environmental cues play a big part.

justanotherTkeeper said:
Young 2.5" B. hamorii female coming out of her shell View attachment 369095

I found my b. hamorii juvie famale on her back an hour ago. I'm so nervous.
A

Rozwyrazowana said:
I found my b. hamorii juvie famale on her back an hour ago. I'm so nervous.
Click to expand...

it should be fine, just leave her be...good luck

two of my dubias!

They're kept at room temp, so their molts are rare.
I don't have a colony - just a few feeders that I've grown fond of. Maybe I'll start one when they mature out.


rosenkrieger said:
My A. Seemanni molted and regrew it's missing leg and pedipalp.
Click to expand...

Just curious - did it grow back in just one molt cycle?

AdieSWA said:
it should be fine, just leave her be...good luck
Click to expand...

She's molted and back on her legs. It was the first time I saw one of my Ts molt. They either do it in the night or in their hides. Of course, it was fascinating, but also it was stressful, especially when she was lying motionless on her back. She was in heavy premolt for more than a week so I was telling her it's high time to do it but I meant that she should do it in private not show off in the open.

When I was obsessing over B. hamorii, N. incei sling threw out a molt from its hide. I have two of them, they are probably sackmates, the other one molted a few days ago and even though it's still quite small, it already has adult coloring. I managed to take a photo of the new colors yesterday. The one that molted today is shyer so I probably won't find out soon if it has adult colors too.

N. chromatus sling molted yesterday, it was its 4th molt in my care. It's finally getting some colors, it's had stripes on its legs since the previous molt, but now it has some red on his abdomen.

I get it bud I still get stressed when I see any of mine molting I'd much rather the did it in secret and were like 'ta-da all done' haha. I'm glad it came through all ok