New frock for this lass. 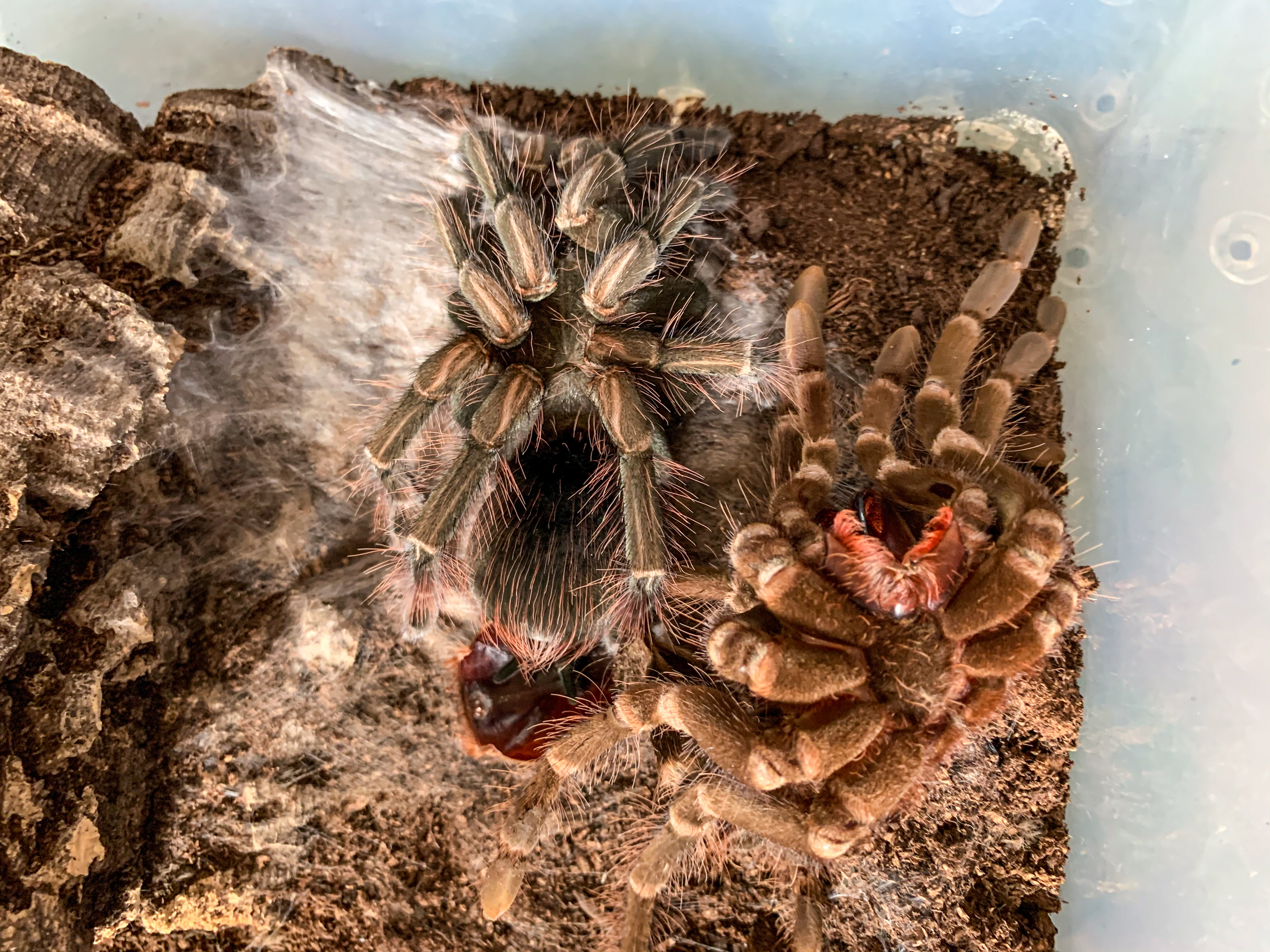 My Phormingochilus rufus sling molted today. This is by FAR the tiniest tarantula I have ever owned. I can't wait for it to grow up and start showing adult coloring.

My Pterinopelma sazimai sling (from cold blood) molted for the third time in my care. It didn't put on much size, but it is very cute. 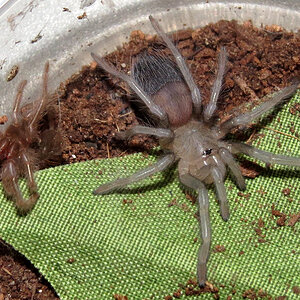 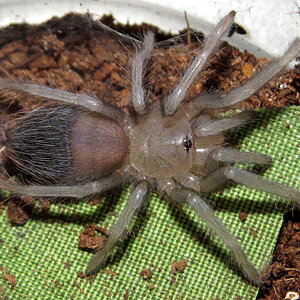 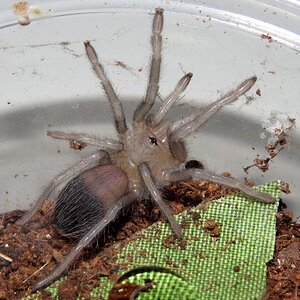 Female T.albopilosus molted last night . Got to watch her build an extravagant molt mat all day yesterday which was super cool

My N.chromatus also molted tonight ! I knew she was due soon but didn't expect today . Can't wait to see her - she's underground

Apparently short bus here felt the need to spend the last two weeks coating every square millimeter of the substrate in a web matt.

What is interesting is that we have had a pretty cold start to summer but had a big jump in temperature and humidity the last two days. This is one of two A. Avicularia that molted in the last 24 hours along with an A. sp. Kwitara, two B. Emilia and a T. Albopilosus (all slings).

I noticed that my A. bicoloratum sling has molted, not today but recently.

Not today, actually. Took me a few days to come round and edit the video a bit. Desert Locust (Schistocerca gregaria) - shown at 8x speed. The whole process took around 13 minutes:


Please excuse the somewhat shaky video. When I noticed the imminent molt, all I had was my phone and my own hands to focus on it for a quarter of an hour.

As you can see about halfway through the video, not all was well. One of the lower legs broke off. Observation: For good molts, they need steep twigs or somthing similar. The twig she was molting on is inclined about 45°, and she had difficulty reaching and grabbing onto it after the molt. I nudged her just a bit, so she could grab on.
She was not much impaired by the missing lower leg. She lived happily ever after... for about a week. She is now an empty shell, sucked dry by one of my assassin bugs.

No idea when as she's hidden inside her underground burrows 99.9% of the time as you can imagine. 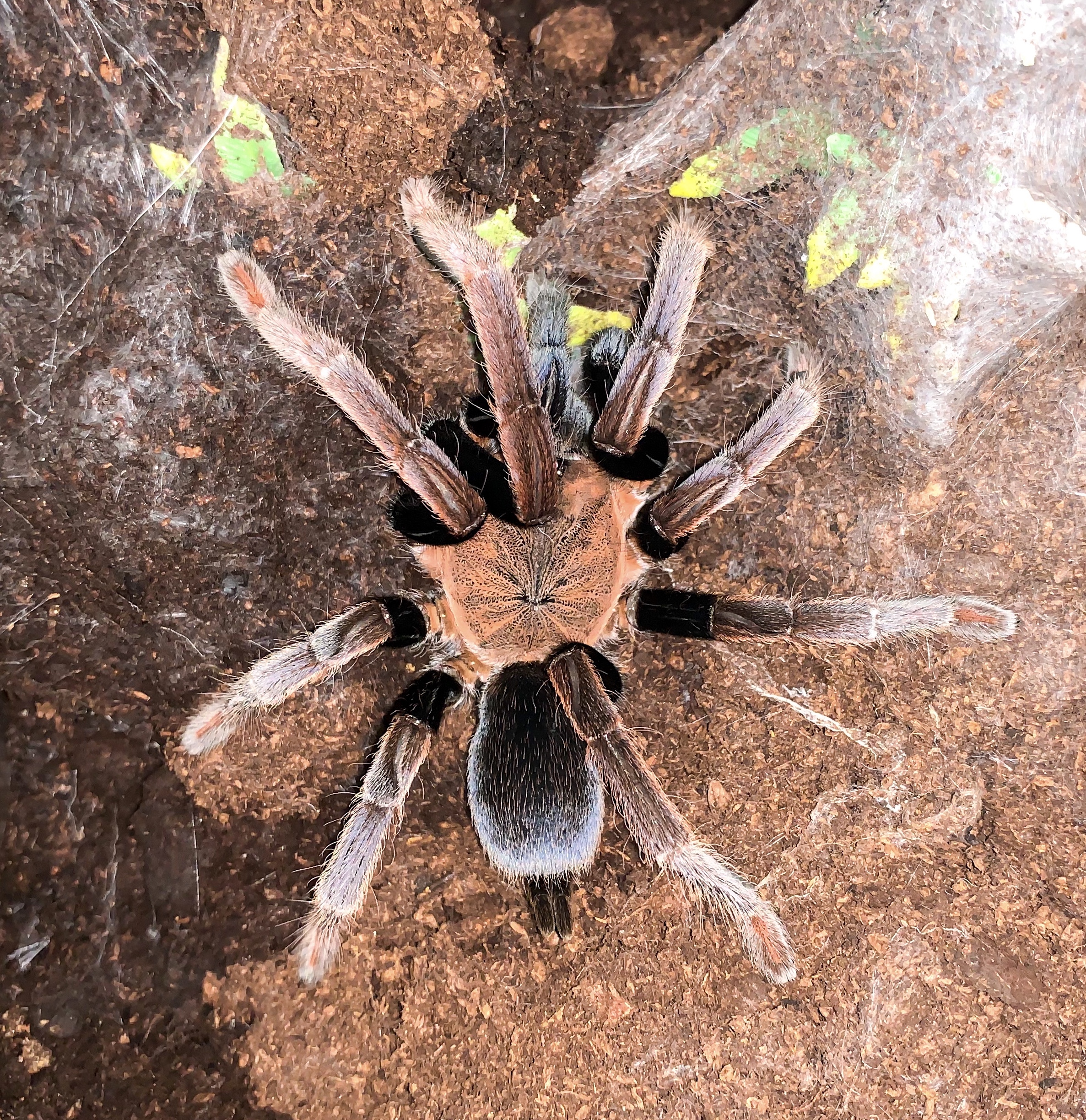 Today we have a few uncommon ones.

A. chalcodes molted overnight!
I'm gonna try and sex the molt when I get home later today.

2 days on the bounce. My favourite tarantula. 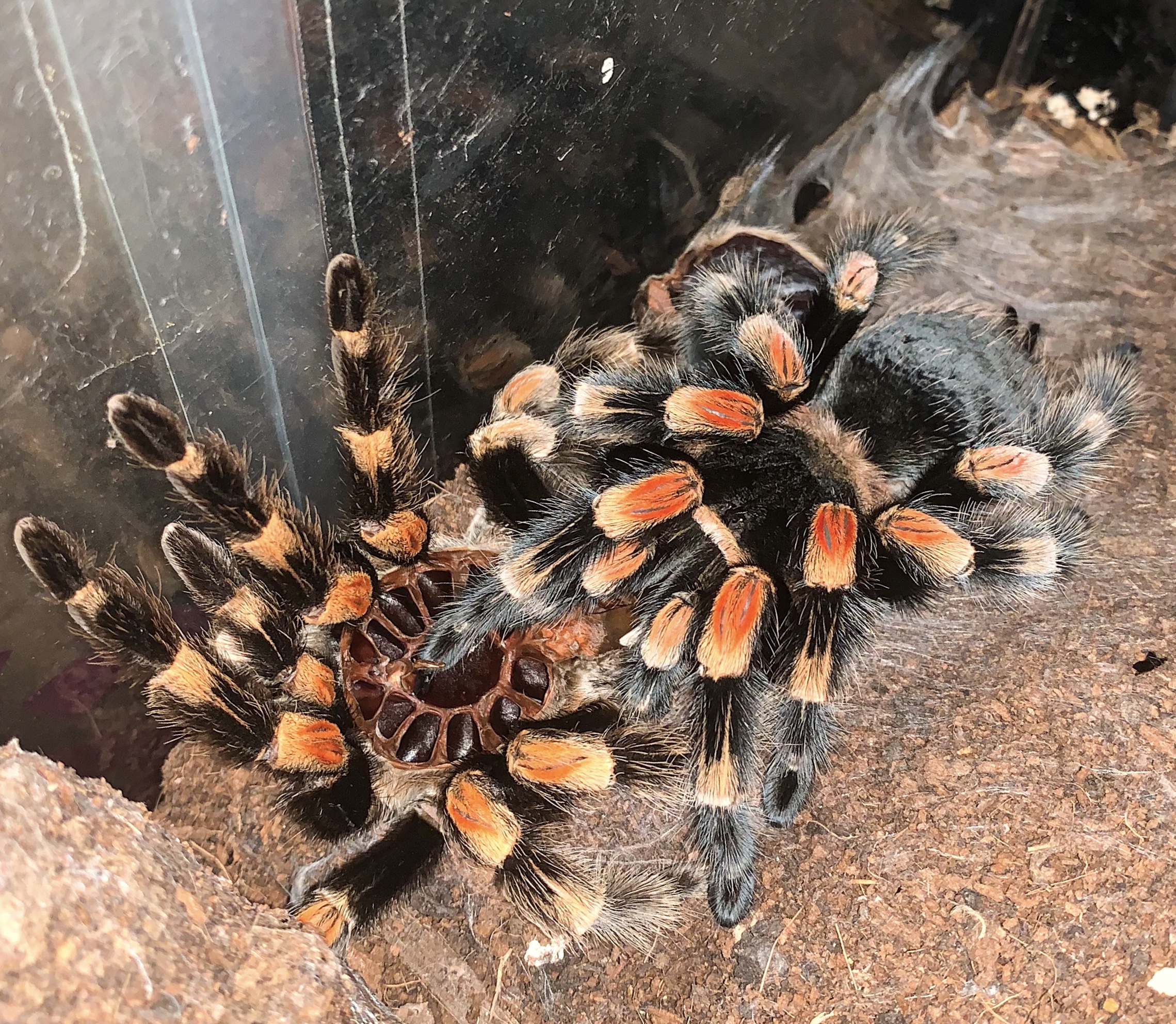