Cons
I purchased a C. Versicolor from her and she upsold me on a GBB she said was bigger than the Versicolor, which I saw pictures of in the post. I do not purchase small slings because of how delicate they are compared to more mature specimens. When the T's arrived the GBB was much smaller than the Versicolor. When I pointed this out to her, she tried to say that was not possible, implying that I was lying. Then said she must have made a mistake and grabbed one from the wrong batch. Very unprofessional, if you are selling something, you send the person what both parties had agreed on as described. And you don't just wave it off as a personal error without trying to correct it in some way.. What's more unprofessional is that when the GBB died a day after its first molt she went on to insult my husbandry in an attempt to remove all blame from herself. I have several other GBB among various other species that I care for just fine.

This person overcharged me for a GBB sling, lied about its size. And handled me pointing it out in the worst way possible. I suggest anyone reading to refrain from doing business with this seller. BUYER BEWARE!!!
One member found this helpful.

Ella1984
Sorry, I won't try to fight and try to justify myself. I can't be perfect for everyone. I have screenshots of all the conversation and it's not like that. The GBB you got was 1.5"+ and definently not a sling. Per our conversation I mentioned that Vetsicolor body is bigger than GBB and it was 5th molt, GBB leg span was slighly bigger than Vetsicolor and it as 4th molt. Priced right, not overpriced. It arrived healthy and well. And, sorry than it died after molt, but where is my fault than it died after molt?
Great experience

Pros
Cons
Ella was kind enough to talk me through all the questions I had. She made the experience very smooth. The little GBB came in good health and packing was excellent. I would not hesitate to purchase from again!
M.Balfouri

Pros
I've been looking to get a Monocentropus communal for awhile but they come at a hefty price for a handful. I purchased three from a reputable source and all three came in dead...at no fault of the supplier. Their customer service was great and refunded me for all three slings, and the slings themselves looked mighty healthy, except for the dead part. They just couldn't handle the stress of shipping. Lo and behold, just a day later while searching in emotional distraught, I find Ella and she's offering slings at a cheaper price. I order six slings this time. I can't even describe how happy I was to find ALL SIX slings arriving in top condition and active. In fact, I can't properly remember any emotion, my brain just overloaded .

A big thanks to Ella. Keep doing what you love! 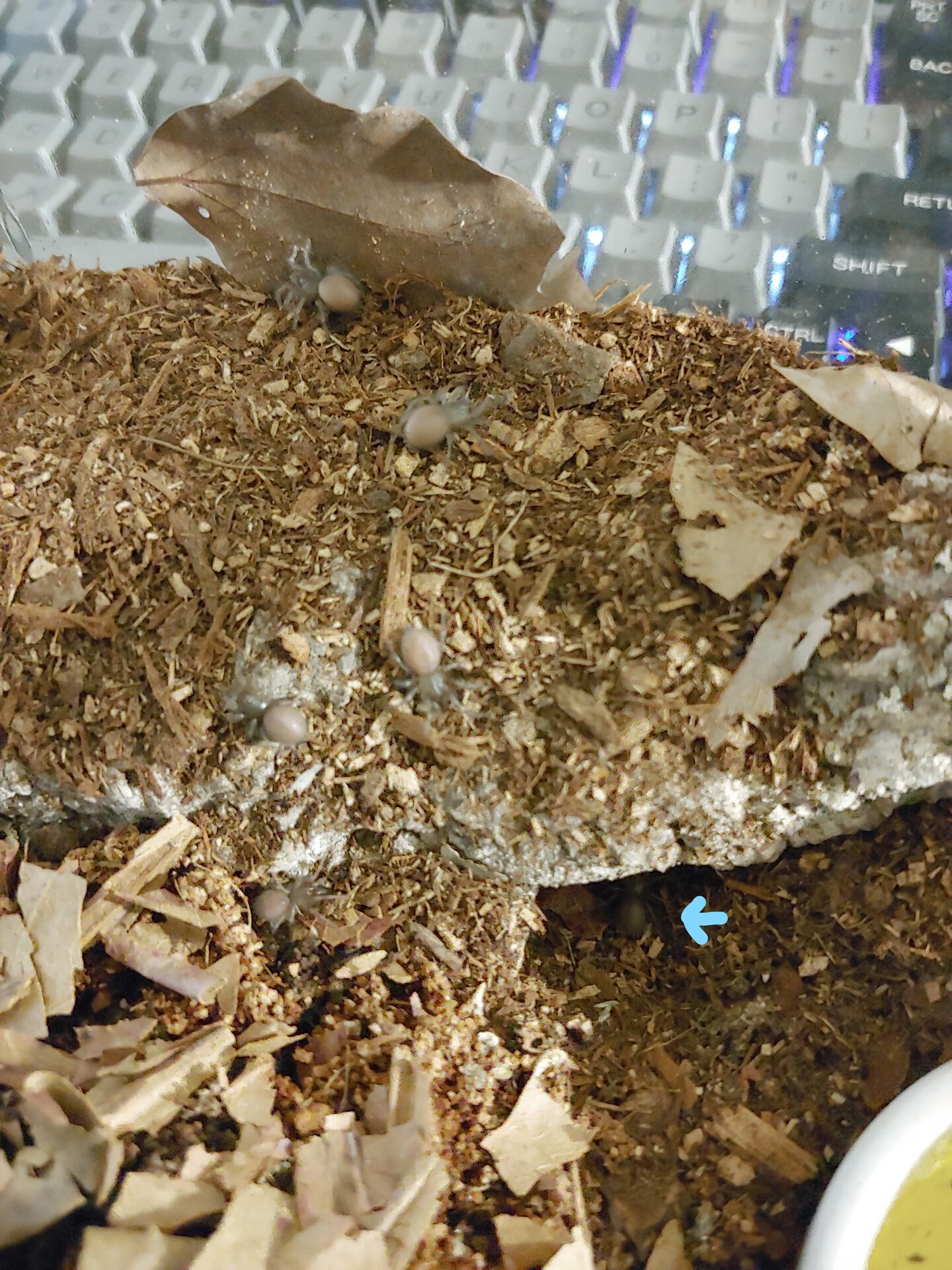 Pros
Cons
Purchased 4 M. balfouri and 2 P. metallica from Ella. Received package promptly and the tarantulas were as described (possibly even larger). The M. balfouri slings were packaged together in one vial and during rehousing one managed to escape. Ella offered to replace it despite it not being her problem to deal with. Excellent service and great person to deal with. Will be purchasing from her again in the future.

Pros
I had a wonderful experience. I ordered three M. balfouri and they were quickly shipped with attention to weather. She checked-in on the shipment once delivered and assisted with a few questions I had. Had a small heart attack when only one vial was included, but all three were together. Heathy, active, and already webbing up everything they can. Super pleased!
Communal M.Balfouri x3

Pros
Cons
I'm building my collection, and what stood out with Ella was her sale on M.Balfouri. Never heard of them before, and so my son and I decided to buy 3 of them to see what kind of community we will get. 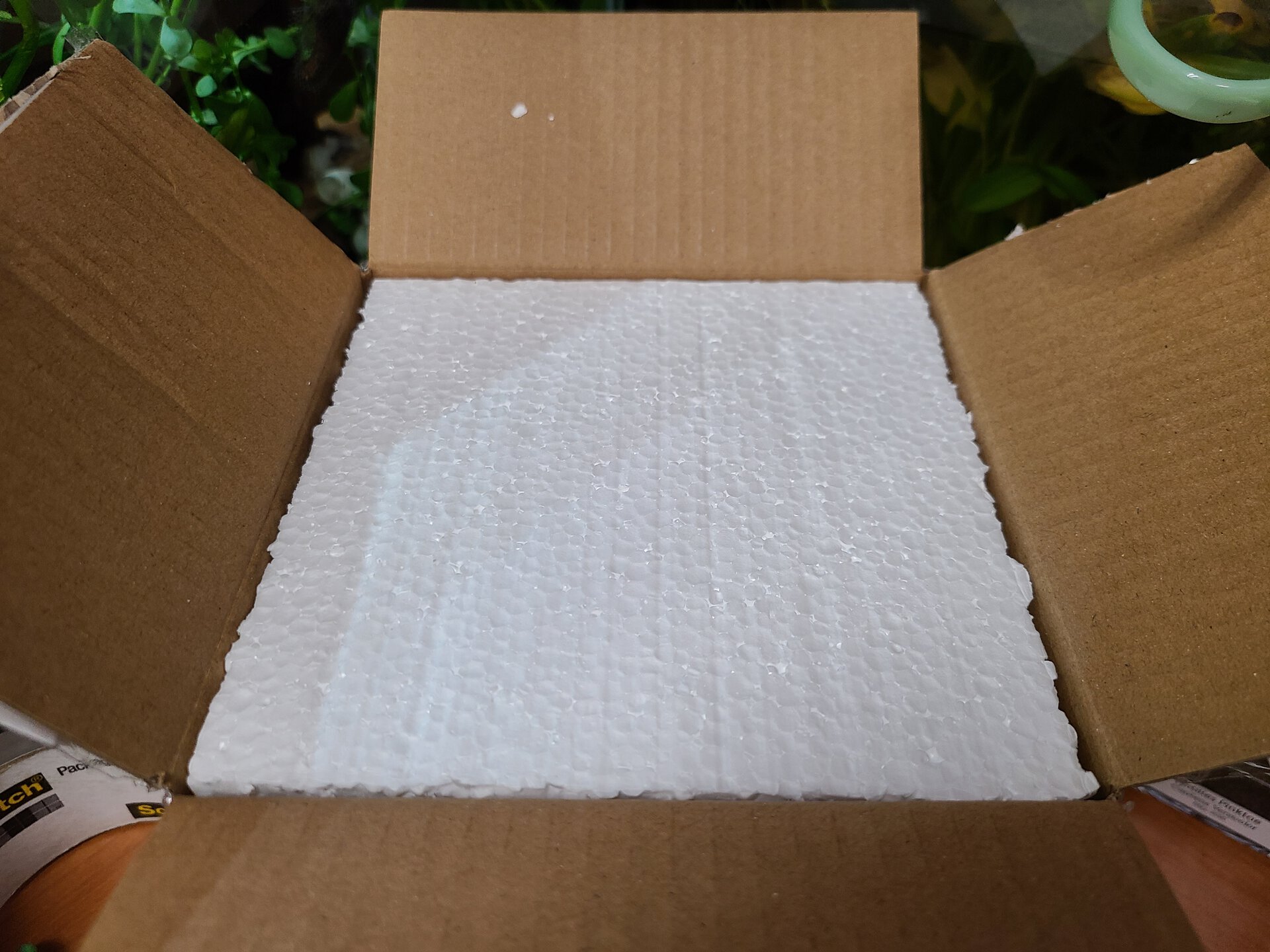 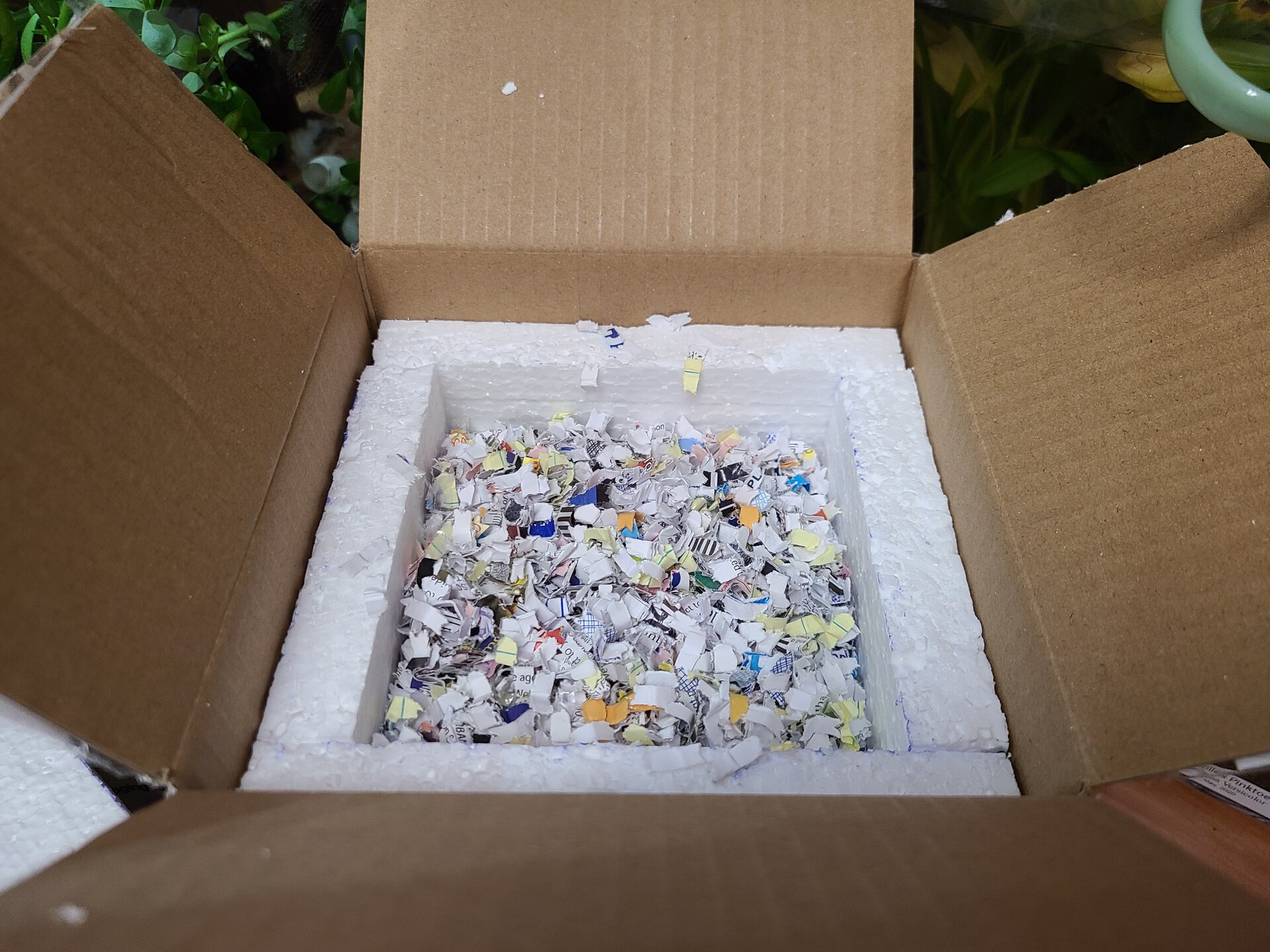 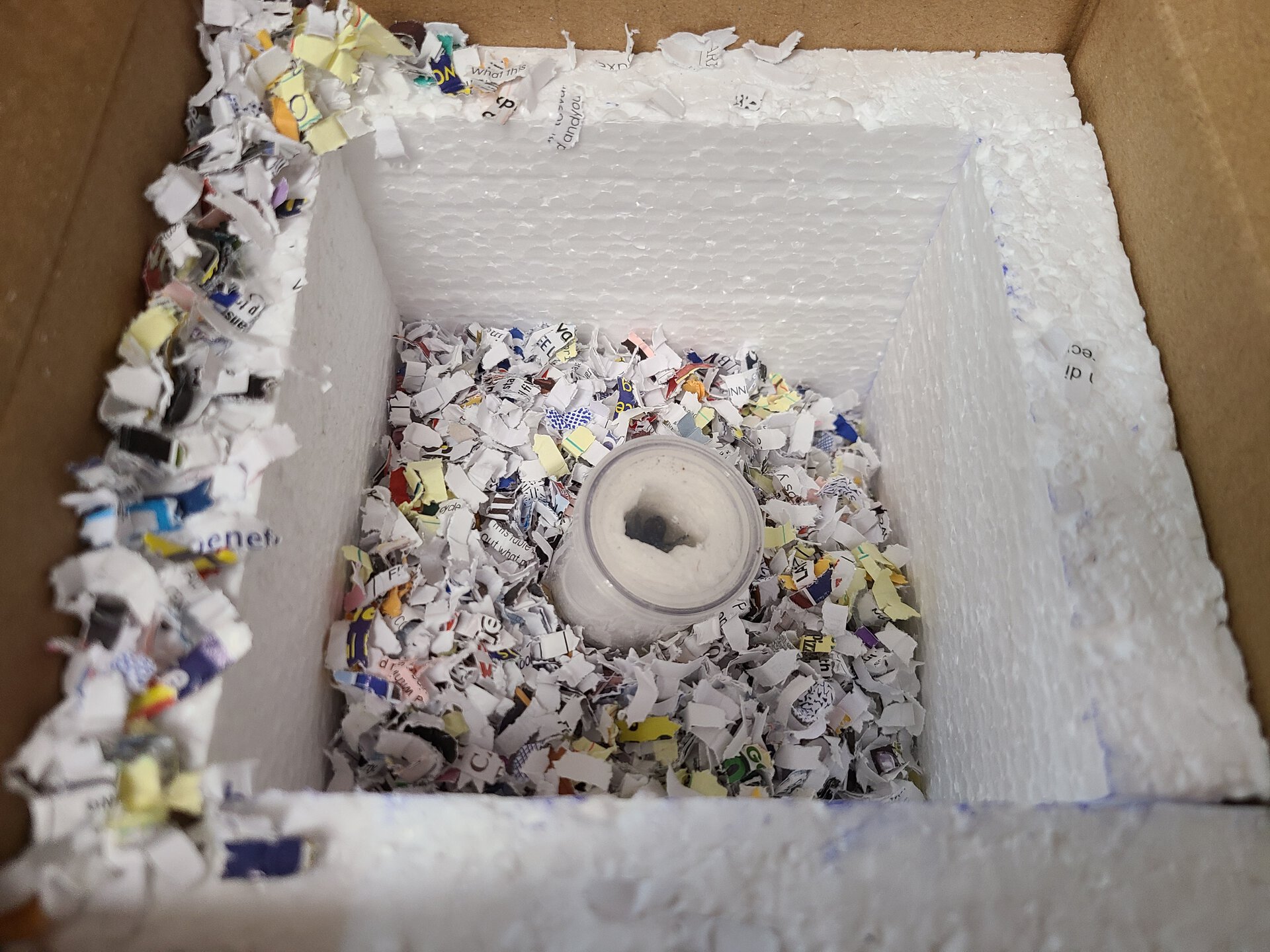 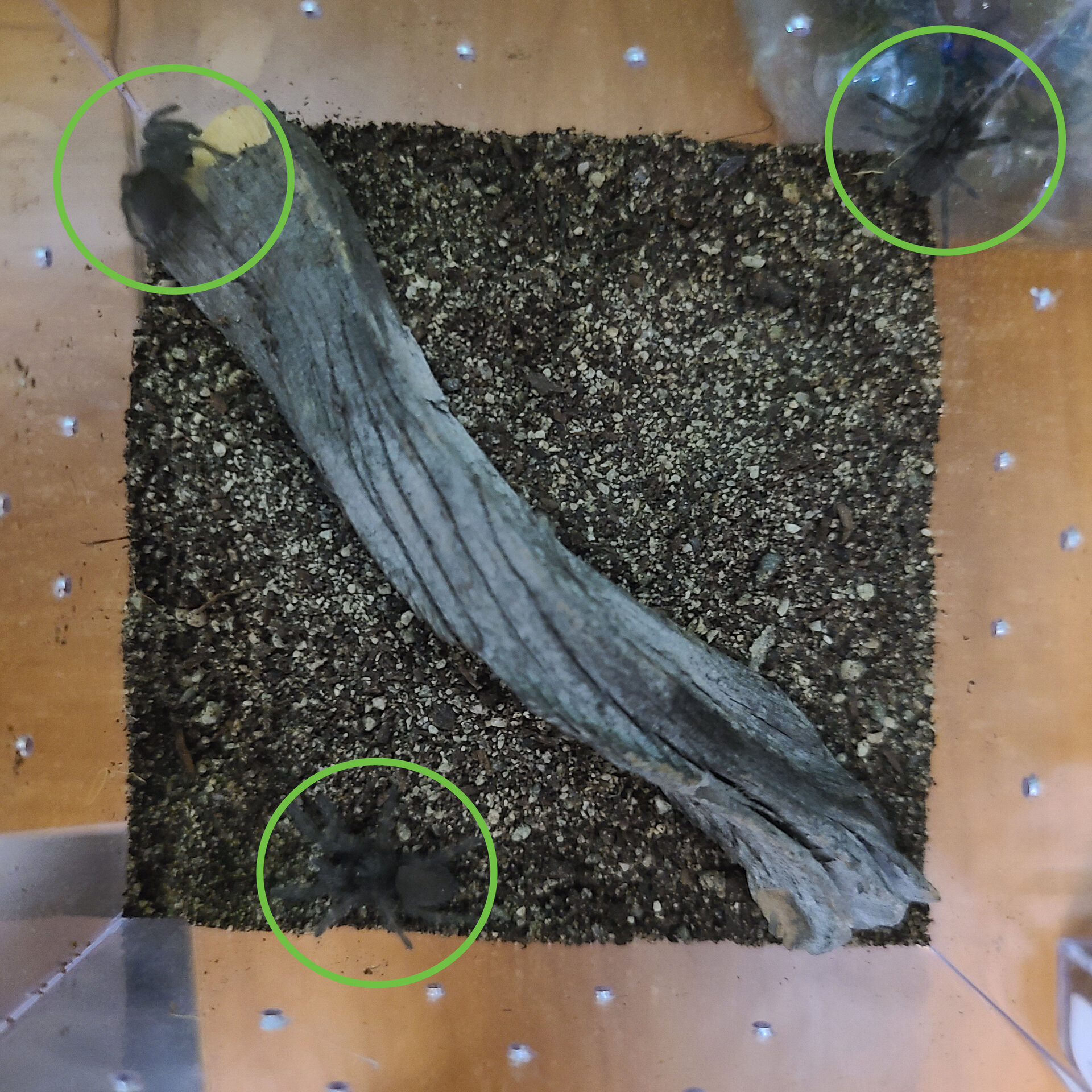 Happy Siblings made the shipment
​
I'm very happy with working with Ella, and hope to be on her nice list for future offerings. Thank you.
Purchased 5 C.versicolor!

she also gave great advice on enclosure size and increasing feeding and growth rate, happy to say all my lil guys have eaten at least 3-5 times each! Voracious predators, tackling crickets and mealworms and even scavenging if they feel it.
Awesome Breeder

Pros
Cons
I had my girlfriend pick up 3 Caribena versicolor slings from her. It was a smooth transaction all around. The sling came in very healthy looking. She cares about this hobby. I will definitely keep and eye out on her for feature breeding projects. Thank again Ella!! You made one happy customer!!

Pros
Cons
Communication was fast and effective. Would recommend. Business was handled well.

Pros
Cons
Found Ella advertising on this board. Been looking for a P. Irminia for a while and she had exactly the size I wanted at a very reasonable price. She responded quickly to my inquiry and was more than happy to answer all my questions. The transaction was completed within minutes and the next morning, I had a tracking number in my email. T arrived in tip top shape. Package was insulated and was packaged with care. Though it probably didn't need it, a heat pack was added just in case. Ella's call, not mine. Overall, I am quite pleased with the product and service I received from Ella. She certainly knows what she is doing and exceeded my expectations in every way. I will be following her listings closely in hopes of finding more T's on my list. If you are reading this trying to decide whether or not to do business with Ella, my best advice is to move forward and don't look back. It will be one of the best purchasing decisions you've made in a long time.

Pros
Cons
Thanks to Ella I was able to add two beautiful Poecilotheria metallica to my college.
The transaction as a whole was flawless.
Communication was great. They were packaged well and arrived safely.
They are very healthy and obviously well cared for.
I would absolutely recommend buying from Ella and I look forward to future transactions with her.

Pros
Cons
Ella was great from the time I reached out to her. She was very informative and worked with me on my delivery schedule. I purchased a 2.5 P Metallica sling she gave me a good price will deal with her again.