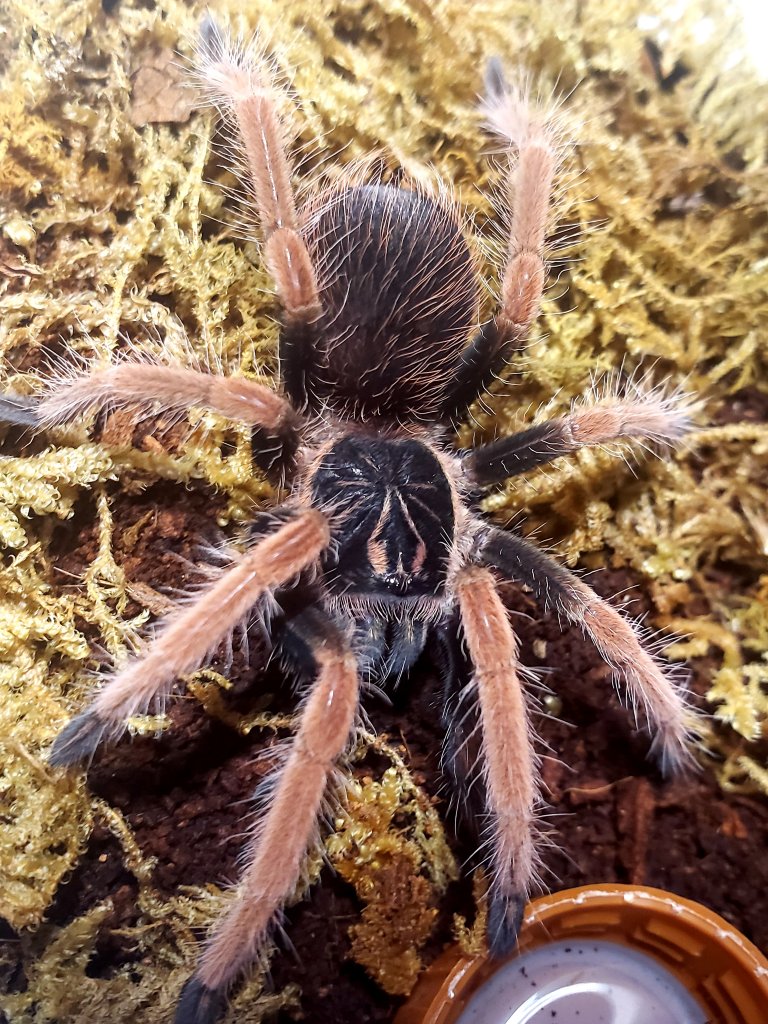 Preferred Method of Contact
Texting Via Phone number listed below

Pros
Cons
My purchase experience was great from start to finish. Ella provided pictures and responded to every text message very quickly. She even shipped the same day as I purchased and provided different shipping options. My spiders came as described, and were beautiful and healthy.

5 for communication and color

Pros
I bought 6 slings from Ella and all arrived good and healthy. Ella allowed me to pay thru Facebook which was convenient for me. I will be ordering again! I am so excited to watch my slings grow!
C. versicolor

Ella was very nice and took the time to show me several different versicolor and answered all my questions. She also supplied with an insulated box for the versicolor to ride home in. I 100% recommend her and I will purchase from her again.
C. Versicolor and GBB

Cons
I purchased a C. Versicolor from her and she upsold me on a GBB she said was bigger than the Versicolor, which I saw pictures of in the post. I do not purchase small slings because of how delicate they are compared to more mature specimens. When the T's arrived the GBB was much smaller than the Versicolor. When I pointed this out to her, she tried to say that was not possible, implying that I was lying. Then said she must have made a mistake and grabbed one from the wrong batch. Very unprofessional, if you are selling something, you send the person what both parties had agreed on as described. And you don't just wave it off as a personal error without trying to correct it in some way.. What's more unprofessional is that when the GBB died a day after its first molt she went on to insult my husbandry in an attempt to remove all blame from herself. I have several other GBB among various other species that I care for just fine.

This person overcharged me for a GBB sling, lied about its size. And handled me pointing it out in the worst way possible. I suggest anyone reading to refrain from doing business with this seller. BUYER BEWARE!!!
One member found this helpful.

Ella1984
Sorry, I won't try to fight and try to justify myself. I can't be perfect for everyone. I have screenshots of all the conversation and it's not like that. The GBB you got was 1.5"+ and definently not a sling. Per our conversation I mentioned that Vetsicolor body is bigger than GBB and it was 5th molt, GBB leg span was slighly bigger than Vetsicolor and it as 4th molt. Priced right, not overpriced. It arrived healthy and well. And, sorry than it died after molt, but where is my fault than it died after molt?
Great experience

Pros
Cons
Ella was kind enough to talk me through all the questions I had. She made the experience very smooth. The little GBB came in good health and packing was excellent. I would not hesitate to purchase from again!
Read more…