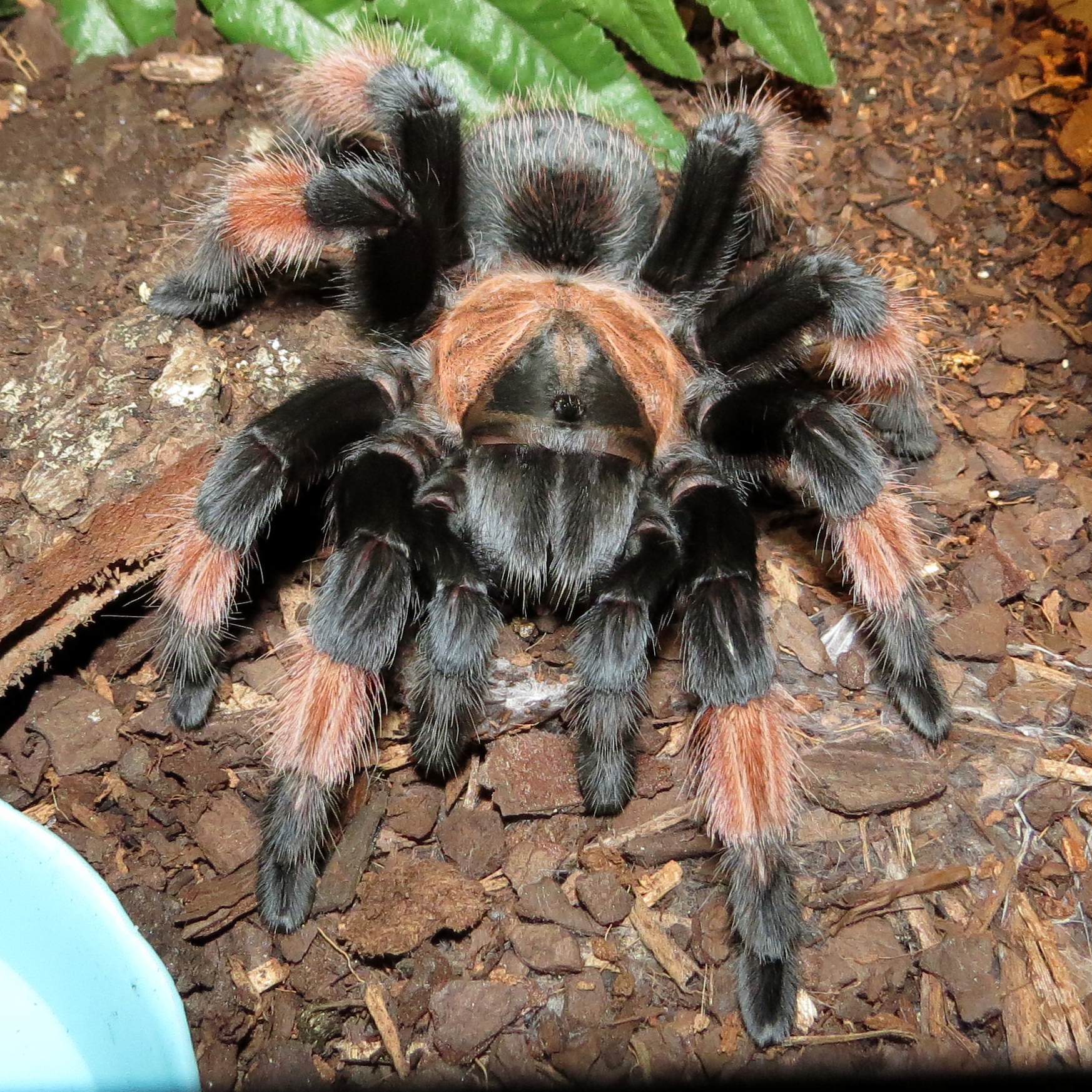 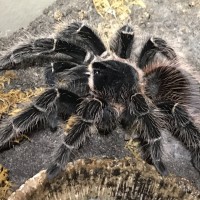 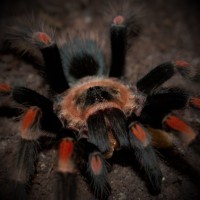 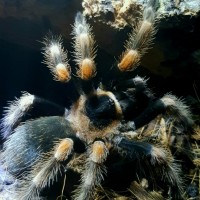 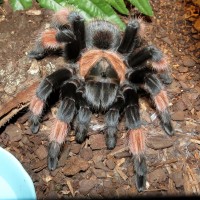 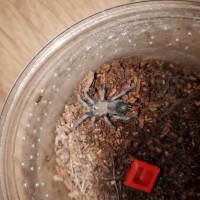 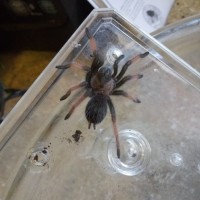 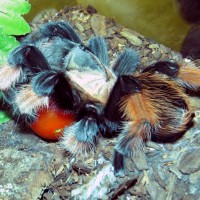 She is both gorgeous and chill.
Click to expand...
@Ungoliant She made a fairly deep burrow, but rarely uses it. She's almost always out and about strolling around. Same with my A. seemanni; I've given her numerous cork bark hides and she never digs a burrow. Never even uses the hide, just walks over it or perches on it. Right now I have her in an enclosure that is flat all around except the back middle, where I put a fake plant, and that is HER plant. She still strolls around every now and then, but almost always she's at the base of her plant.

I've made a discord server for individuals from AB to join and participate in. Please feel free to stop by and stay awhile, I'd love to have you there!
https://discord.gg/36uNkF
So is magnet therapy even better for communicating with T's than sign language?Ive been doing it all wrong
@RezonantVoid


Addison Chloe said:
Science be damned!! There are so many things wrong with science don't even get me started, like gravity, <edit> ain't real, real rip off based off a truth yes, but magnetism is that truth. The world is put together in a harmonious flow of energy, every living thing and non living has energy. Spiders put thought in hunting methods to get creative to sneak up on prey, that's all thr capability needed. There is more than you think there is, science degree or not, you lack energy knowledge which I have, and I can tell you the energy all of my animals share with me is on a wavelength and it shifts and moves but is always there. I have rescued a parrot that was highly abused, told could never be held yards yards, now he talks, he knows sentences, he let's me my fiance and my step son hold him, he laughs with us, he loves oink Floyd music in particular, he has his own likes, just like Festes my other tarantula and the bass, she didn't react or care for anything, but hmwhat bass guitar got her moving, she was drawn to it's energy and I posted pics of her on the bass, we didn't put her there, she crawled up my fiance and out herself there while he was playing, almost every time he plays now, she'll come out. I believe that Wellenough has picked up on my energy to know my intentions and feel my lack of fear, good thing I didn't let these guys get to me or i would have reconsidered haha however, and the point would be to break barriers, I would do it outside, in a fenced area, and lay down let her get off me, feed her some big bug, just ideas so far, but one will manifest.
Click to expand...

@Ungoliant "Science be damned!! There are so many things wrong with science don't even get me started, like gravity, <edit> ain't real, real rip off based off a truth yes, but magnetism is that truth."

As an engineer, I was told this by my mechanics professor: "There are two universal truths. One is gravity. The other is that change is inevitable.

In the words of the great Tim Minchin, "[People say] "But evolution is only a theory!", which is true, I mean it is a theory and it's good they say that, I think, because it gives you hope, doesn't it? That they feel the same way about the theory of gravity and they might just float the fuck away..." Lmfao.
@Ungoliant how could I forget that ascendant level thread. I kid you not, I'd nearly reached a higher plain of existence by reading through the entirety of that thread across 3 days.
@RezonantVoid You have to link me this thread, I must read it
@Androxian I can't even remember the title, something about lacking the confidence to handle a pokie ornata i think it was. It will take a LONG time to read through it all lol but ungoliant should know. We even have a meme that came out to that thread about "Festes the rocking pinktoe"
@RezonantVoid I think any sane person would lack some confidence in handling a pokie IMO.
@RezonantVoid Did you watch the video on Disc, also check the chat when you get a chance, you're a more experienced keeper than I, so perhaps you can enlighten me.
@Androxian https://arachnoboards.com/threads/i...emale-pokie-ornata-lacking-confidence.297756/