I thinking about getting one, but I still can't decide which one. On pictures they all looks cool. I know they are cheap and I could just order few different species, but I like to keep my collection small and diverse so I want just one. So which one you like most, which is most active or grows biggest?

All of them, even the members w/out a horn.

Marshalli is my favorite because they have such a large horn.

Of course I will buy what I like, but there are so many cool species in this genus so reading other ppl opinions may help me to decide

Darlingi are everywhere and they're cheap. I love that they sit at the entrance of their burrow and can be seen. I've had several and never had an insane one. Great starter of the Genus.
On the other hand, I have a big marshalli female. She's my favorite baboon. Always out and pretty easy for an OW as well. 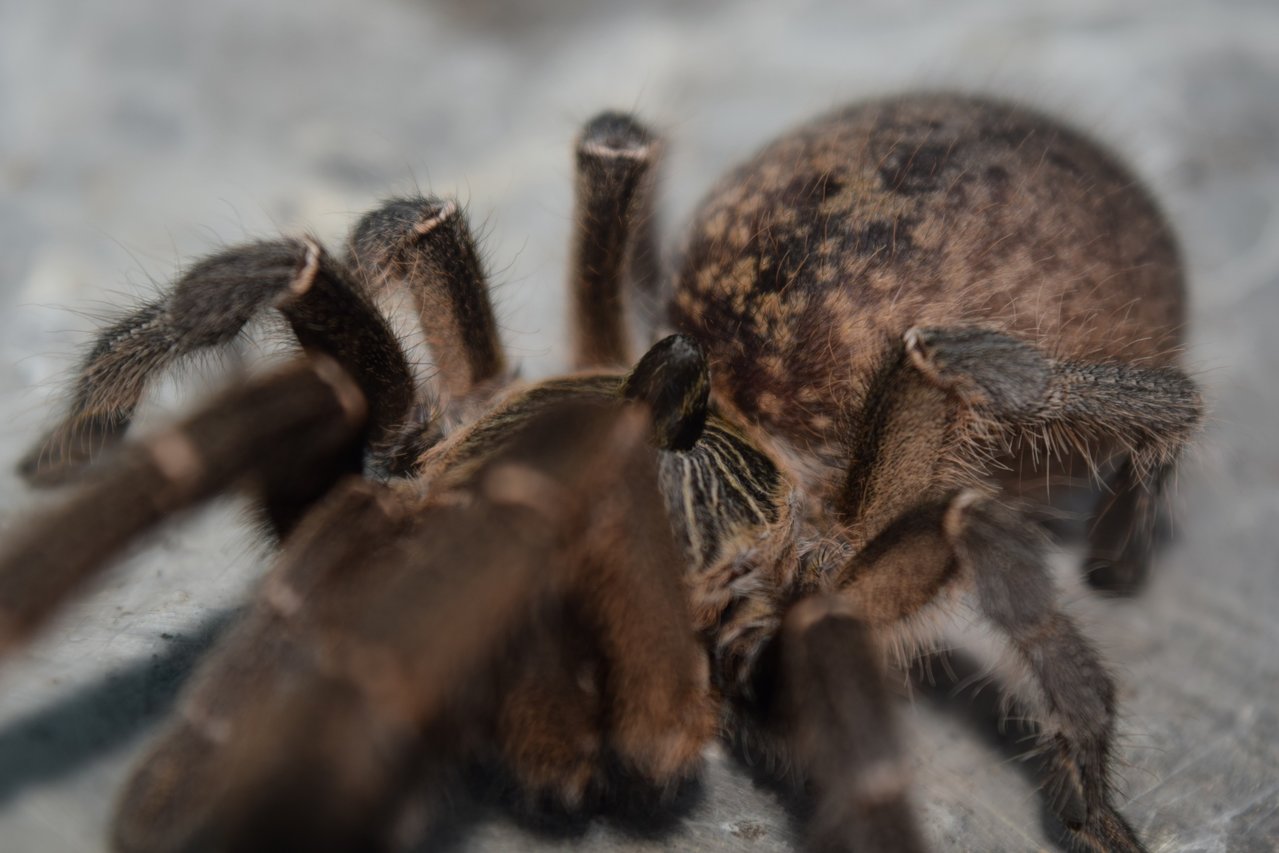 Marshalli, hands down. That horn is absolutely incredible. I'm not a huge fan of the colors, but the horn makes up for it

Thanks for your replies. So i finally got one, and it is... marshalli
Here is my little rhino;P Congratulations on the new T!
A

I'd add more substrate. They're fossorial, not arboreal.

Arachnomaniac19 said:
I'd add more substrate. They're fossorial, not arboreal.
Click to expand...

Two ways to look at that. Yes, they are fossorial. If you add a bunch of soil, they will just just be a pet hole. If the soil is as in the pic and a bunch of anchor points are added, then they will web it up quite nicely. My marshalli is in a container like that and it's pretty cool. My darlingi have deep soil and they're pet holes. They do tend to sit near the opening however. I just switched one over a few weeks ago to an environment like my marshalli, I may do the other as well. They all eat well and aren't stressed out.

Ok, so on this picture spider is standing on the spot with lowest level of substrate, and perspective makes it look like there is really only a little bit of it. Actually he have space to dig. But anyway, next time i rehouse it I will add some more, I expected him to web a little bit more, and dig a little bit less. And if he wants to dig, he will have lot of space for it I like to let spiders do what they like.
I think it is a little bit similar to Chilobrachys. Some ppl say it need some deep substrate to burrow, and some, it will make web structures above ground. So I put mine Ch. Kaeng Krachan in big container (for him) and it was half filled with substrate, and lot of fake plants above. I was amazed how he transferred whole container into web empire with complicated tunnel system I wanted to see how Ceratogyrus will behave so I put him in fossorial/arboreal tank.