So 2 months after buying a nice pair of Monocentropus balfouri, I have seen my female once or twice and that was before she completed her burrow. Even though I am content with pet holes, this particular species is so beautiful that I want to see her at least once a month or so. This is what I see after waiting about a month and a half: 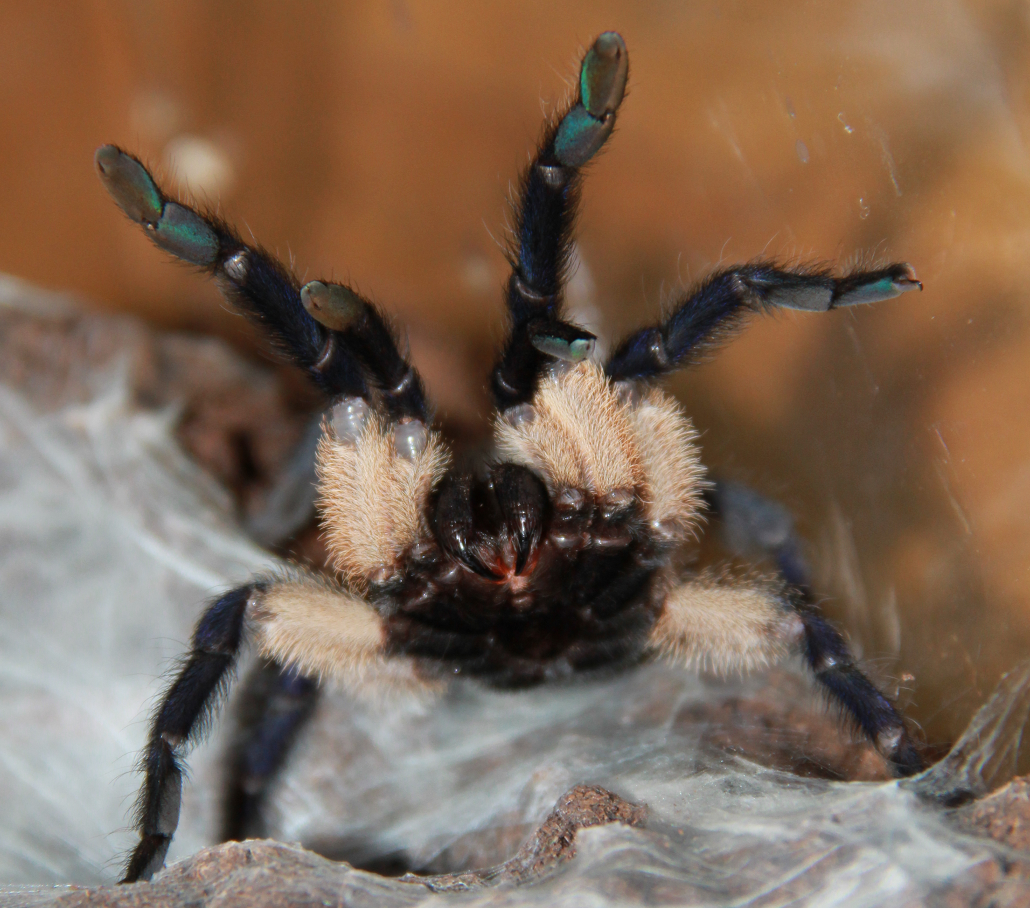 And this is right after she decides to go back to her burrow: 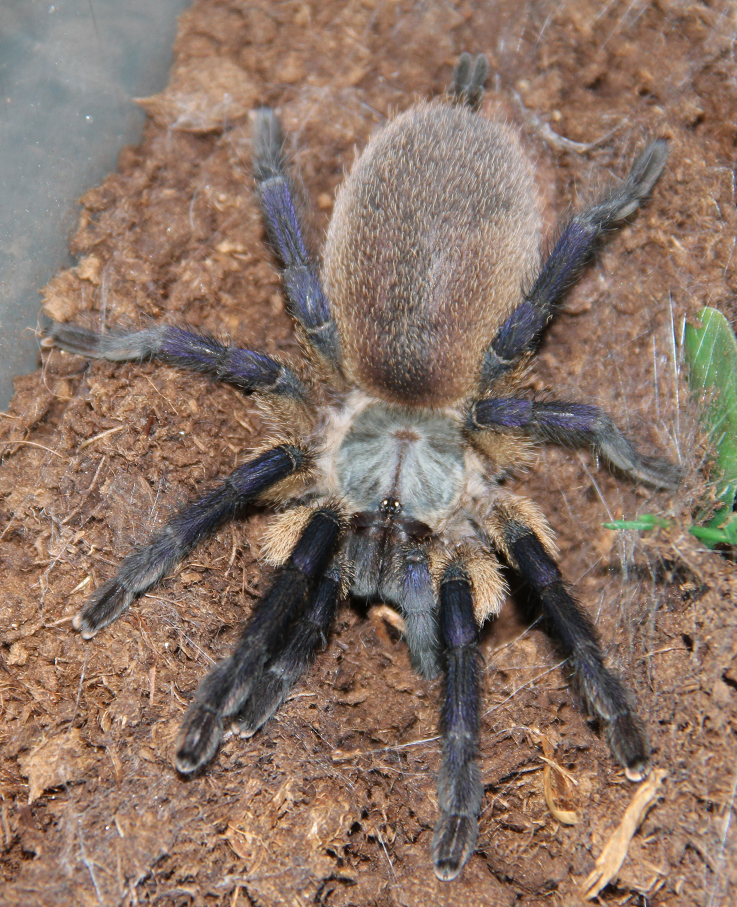 I am eagerly awaiting my next visual probably within the next two months.

*In this particular thread, the word "pissed" was used to exaggerate the "defensiveness" of mentioned animals. I am aware that tarantulas are cute and cuddly critters that only "act up" in a purely defensive manner.
B

haha great pics. brought a smile to my face
B

OK. I actually laughed out loud when I saw the top pic! But she's gorgeous enough to be worth the wait until your next visitation.

Sheeyoot, you call that pissed? Her fangs aren't even extended, much less dripping venom! I think she just want a hug from daddy. Seriously though, nice pics of a beautiful T.
S

She looks pre-molt, doesn`t she?
C

Looks like its just leaning up against the glass of the enclosure...mine does that too.

Creepy Crawler said:
Looks like its just leaning up against the glass of the enclosure...mine does that too.
Click to expand...

Nope, she wasn't leaning against anything. She threw me a threat posture as soon as I opened her enclosure door sobI took a picture.

This user has no status.

whats with the creepy picture of some random dude in sunglasses? :?
D

Rob1985 said:
whats with the creepy picture of some random dude in sunglasses? :?
Click to expand...