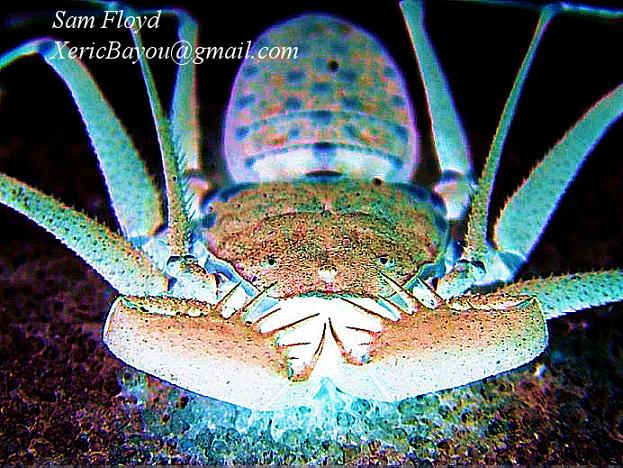 Preferred Method of Contact
Via email address listed below

I've been in the invertebrate/reptile business for hmm let's see....way too long! I've had enough business the last couple years to keep me off the boards and this one has changed. My specialty is field collecting and also I buy for resell/trade/and export. I have some experience breeding some neat arachnids - Amblypigids and Tarantulas etc; These days I prefer to buy from breeders and keep myself out in the field where I am privileged to have witnessed so many extraordinary miracles of...
You do not have permission to view the full content of this item. Log in or register now.
Share:
Facebook Twitter Reddit Pinterest Email Link

Pros
Cons
Ordered some Floridobolus oriini. Order was shipped promptly and arrived safely.
Quality of animals were excellent, as was communication even after the sale.
Will buy from again in the future.

Speedy response, very helpful with questions.
All millipedes arrived alive and healthy and I received more than I payed for!

Highly recommended and I will purchase again in the future.

Pros
Cons
On Feb. 3rd 2016, I sent payment to Sam Floyd after we talked about finding the best day based on weather conditions to ship two B. Smithi slings I was purchasing. After sending payment, I did not hear back for 6 days until I sent another message asking if he had received payment. He responded saying that he missed the PayPal notification, and he would be sending the slings out that day.

When I received the package at the FedEx store, I drove home with it to open it. Once opening the box, I found 4 pieces of crumpled newspaper holding two deli cups down in the standard styrofoam lined box. There was also a heat pack included. After taking out the newspaper, I proceeded to take the small deli cups out as well each containing one B. Smithi.

At first, I noticed I could see a DOA sling in one of the deli cups without even opening it which led me to believe the paper towel padding was light in the deli cup as I could visibly see the sling with a ruptured abdomen. The second sling was DOA as well also with a ruptured abdomen, which led me to believe that they possibly both could have used more padding inside their deli cups.

Although I did not pay for LAG, after contacting the seller I was reimbursed for the two B. Smithis, so it turned out alright.
Read more…