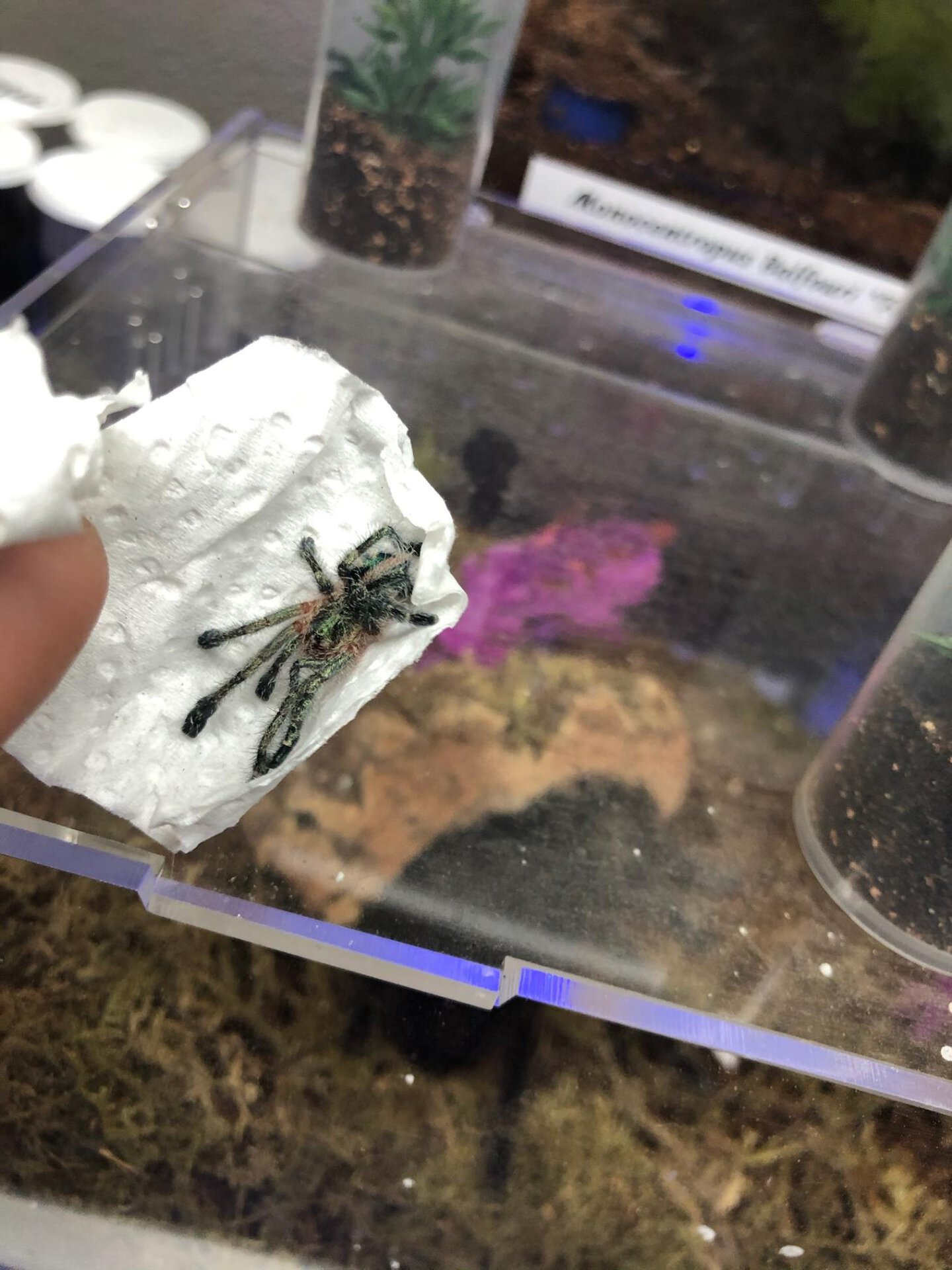 Preferred Method of Contact
Via Phone number listed below

I’ve given this guy a month to ship and it’s constant excuses. It’s pretty obvious at this point that he doesn’t have the spiders he claimed to have. Luckily I paid through PayPal even after he insisted on other payment methods. I had a suspicion then based on the species list, that it was too good to be true. Lots of Chilean species that are never available and this random guy has ALL them? Yeah I should have known better. But he only had 2 reviews and they were glowing. Beware!
3 members found this helpful.
Beware: This guy is a scam artist.

Cons
I purchased two tarantulas from this person. There were constant "obstacles" to shipping and this person kept making up excuse after excuse sending me posts from the shipping company stating there were delays and it wasn't a good day to ship. Of course he/she neglected sending posts from the days the shipping was clear. Poor response to emails which is to be expected but my guess is this person never had the tarantulas they were advertising at all and it was intentional fraud from the start. Have filed a complaint with my credit card company and will be filing a complaint with the FBI internet fraud division. I will get my money back but beware.

I would also point out that I received shipments from two other vendors and had 14 additional spiders shipped during this time as well as an Ackie Monitor. All with no problems.
4 members found this helpful.
Thief

Cons
I purchased two Poecilotheria Metallicas from this guy on January 9th, 2022 and now, over a month later, I have received nothing but excuses.
The first was that temperatures were too low to ship and although I had received tarantulas in lower temperatures before I can understand wanting to be cautious. However, there were multiple days where the lowest temperature both ways was in the 50s and still nothing.
He told me that he was busy which again I can understand, but how someone can busy too busy to go to a post office for over a month while trying to sell things online is beyond me.
Another excuse was that, after three weeks of waiting at that point, he was shipping packages but mine was one of the last he’d ship because he was shipping too many despite fedex never limiting you on how many packages you can ship.
There were times where he told me he’d ship “this Thursday” or “tomorrow” and it never happened.
He would also just ignore my messages for days, sometimes an entire week despite reading them.
I tried to be patient, I gave him an entire month when other sellers take a week max, I waited. When I finally decided to start pressuring him into giving me what I paid for he told me he didn’t “need the extra drama” as if I was in the wrong for not being shipped $500 worth of tarantulas and being annoyed at that.
He basically made it apparent that he wouldn’t be shipping and that my only option was to get a refund so I finally caved and asked for one and he has been ignoring my request for 5 days now.
This is robbery, I want my money or what I paid for immediately.
7 members found this helpful.
Great and thorough communication

Pros
Cons
I communicated with this breeder/seller via Arachnoboards classifieds and the seller responded immediately. We continued communication via text. Seller was very thorough in their communication and answered any questions or concerns I had. I received my order a couple of days after placing the order. Seller packaged the specimen I ordered appropriately for current Los Angeles temperatures in December and my specimen arrived alive and healthy.
Read more…