What is your dream myriapod?

Soooo I don't really know any local people who are into these guys, though slowly converting some.
And I always enjoy see people's favorites. Since there is bound to be multiple favs, I will propose something like this;

Currently Hunting for;
Currently out of my budget range;
Absolutely Impossible to keep;

I will go first

Currently Hunting for; Tanzanian Blue Legged Centipede, because I am actually afraid of centipedes, I wanna get over the fear of keeping one and I find this one really pretty.

Absolutely Impossible to keep; Dragon Millipede (the pink one), it would need to be imported also just not a good idea to keep it.
Click to expand...

Within Australia (none of these are my photos):
Kuranda Ethmostigmus rubripes

Outside of Australia, my dream pede would have to be this one:

I'm extremely fortunate after around 20 years to finally owning my dream pede.

Scolopendra viridicornis. Worth the wait. 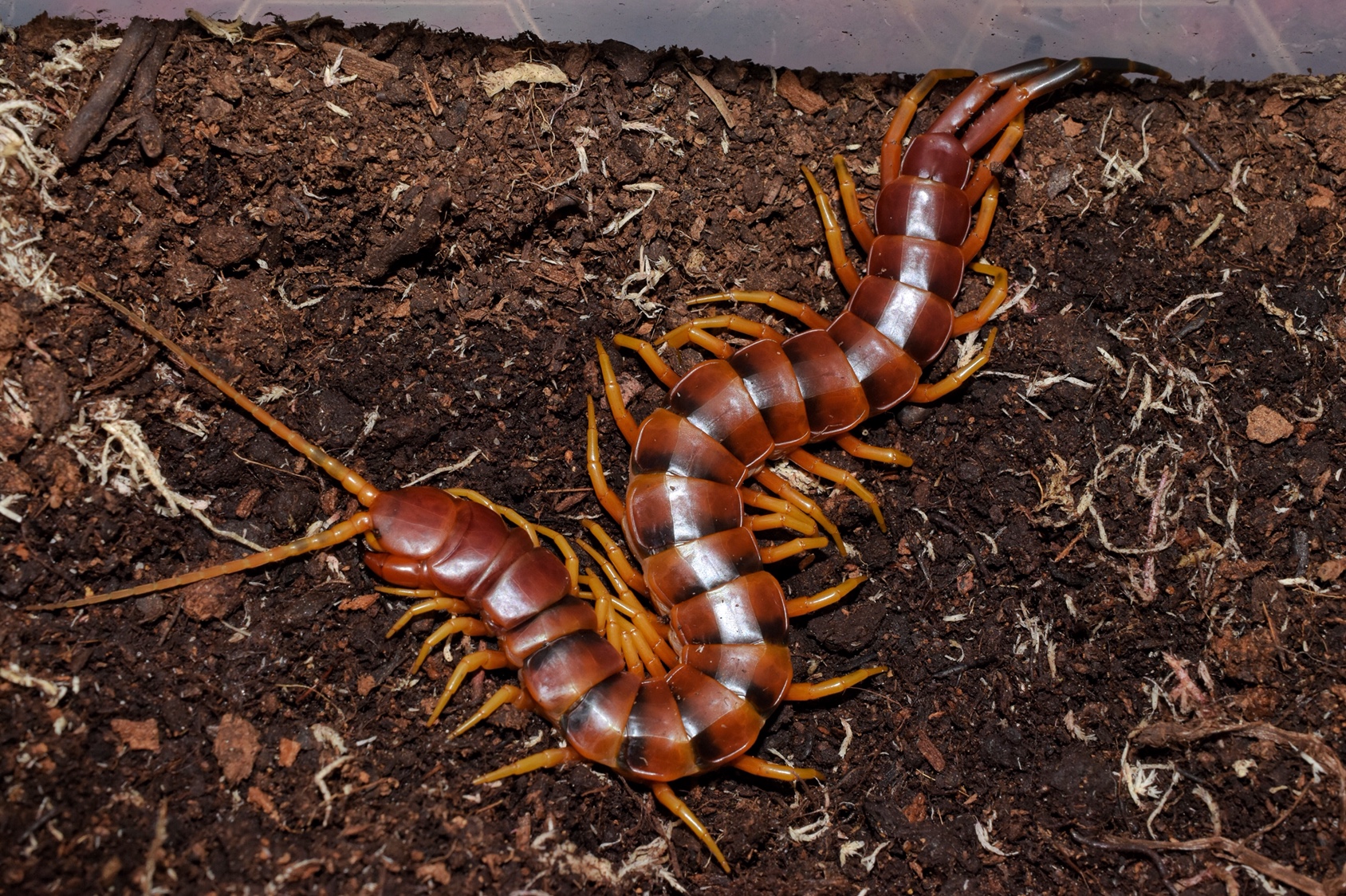 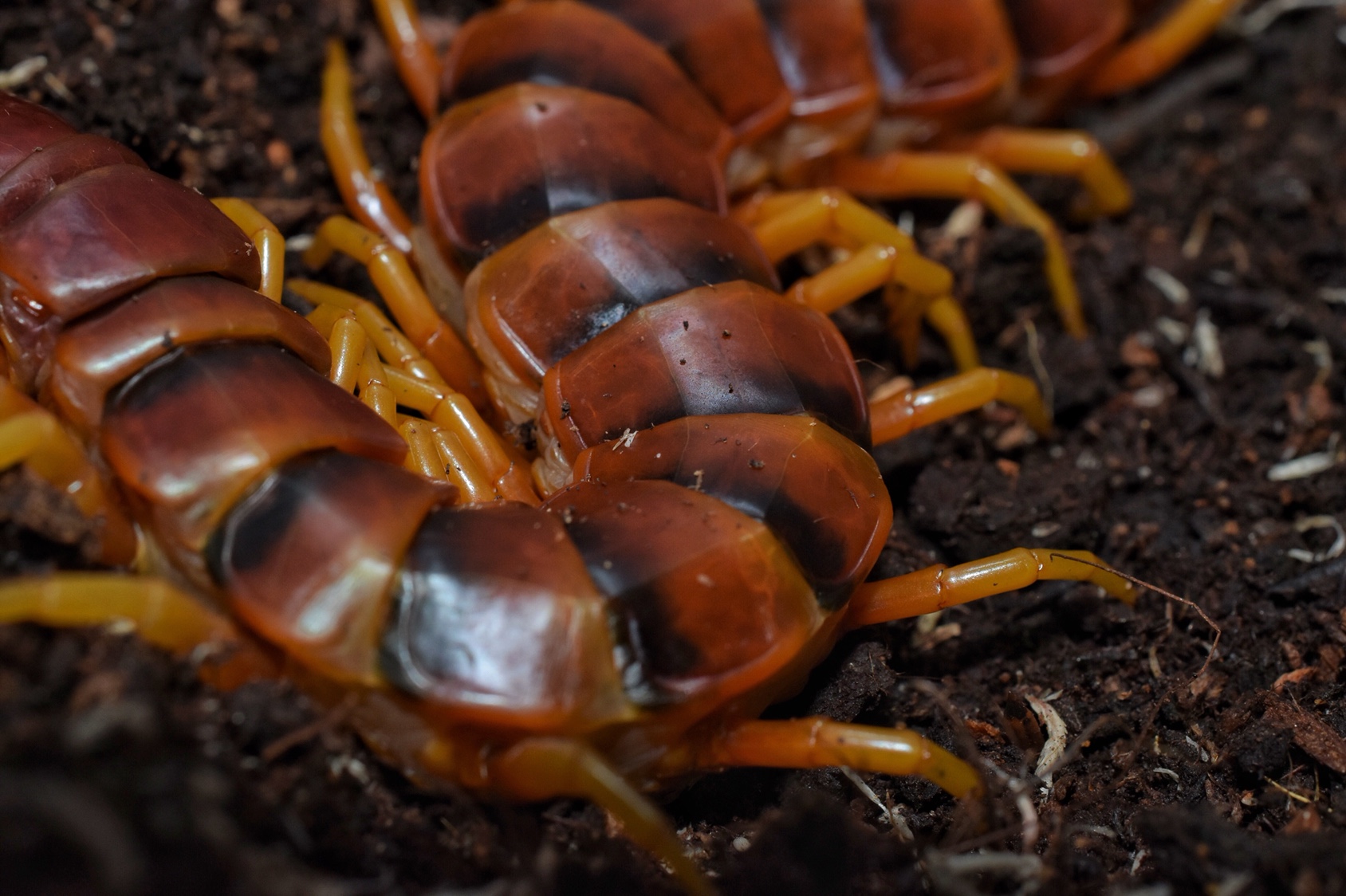 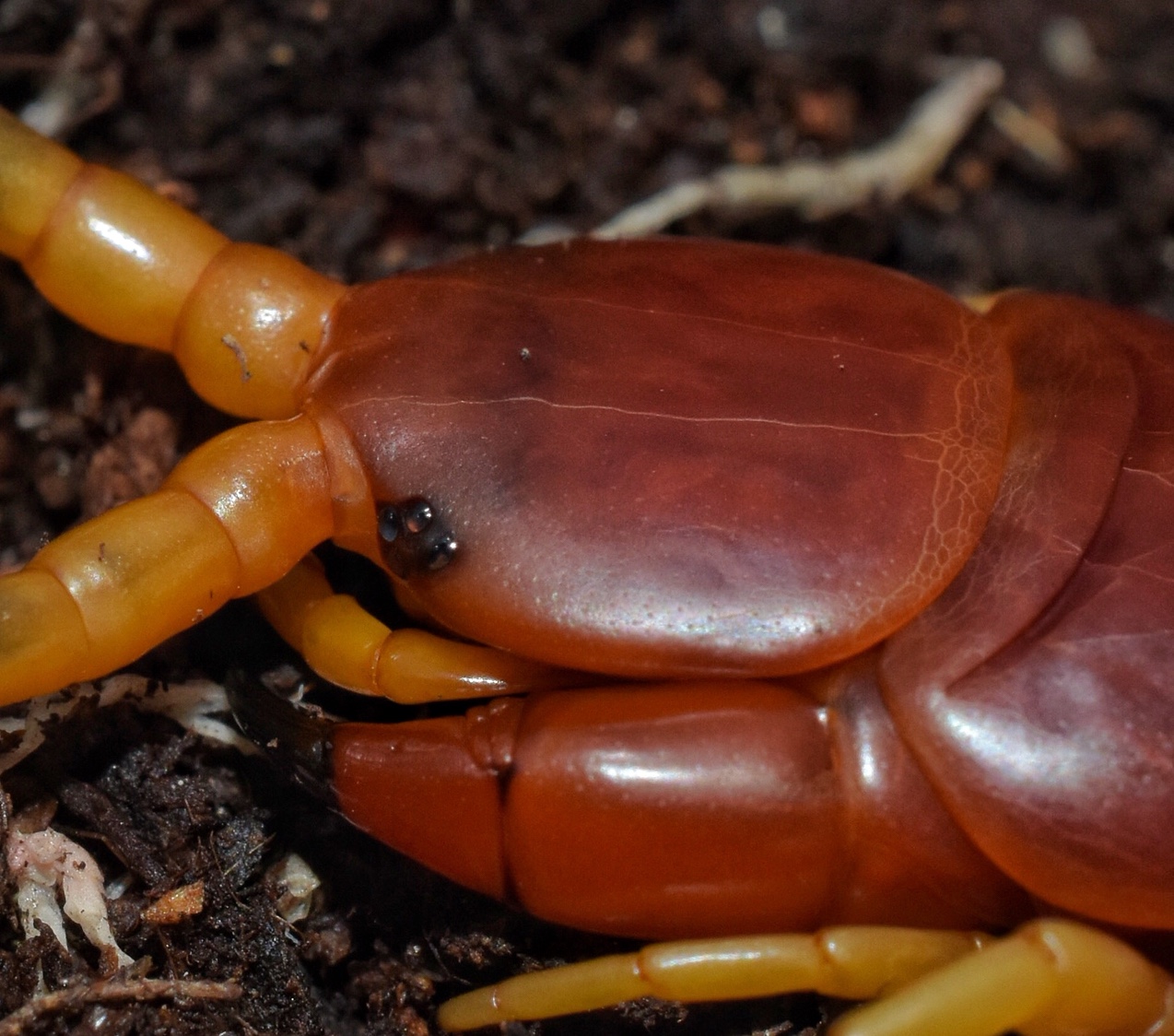 Outside of Australia, my dream pede would have to be this one:
View attachment 254317
Click to expand...

What's the name of the bottom one? Absolutely gorgeous pede.

I don't know. It's from the Philippenes. On the plus side, I might be getting one of those Kuranda E. rubripes soon; the Minibeast Wildlife bug shop breeds them.

My current "dream pede" is Scolopendra heros - an altogether achievable goal, since I visit by brother in Arizona several times a year. I saw a 3 or 4 inch pedeling last month when I was in Payson hunting Dynastes grantii but unfortunately was unable to catch it before it got down a hole under a rock. I actually had it in my hand for a split second - but I was afraid of hurting it by grabbing too tightly and it got away.

My other (unlikely to ever happen) dream would be one of those really colorful Polydesmids such as a Xystodesmidae sp. or the gorgeous blue millipede, Pararhachistes potosinus. I don't believe Pararhachistes potosinus is available in the hobby trade - and even if it were, it's unlikely I'd be able to replicate the conditions of the high altitude cloud forests that it lives in and keep it alive. Even the local Polydesmids - which I have sometimes seen offered for sale and which I might be able to find on my own - are supposed to be difficult to keep alive in captivity. I probably wouldn't buy one, but if I found one just crawling around I'd be severely tempted to try keeping it anyway.

Staehilomyces said:
I don't know. It's from the Philippenes. On the plus side, I might be getting one of those Kuranda E. rubripes soon; the Minibeast Wildlife bug shop breeds them.
Click to expand...

Tracked down a pic on Instagram after looking for a while. Scolopendra sp unknown. NOOOOOOOO!!!

As for millipedes, I want these but nobody knows what they are: 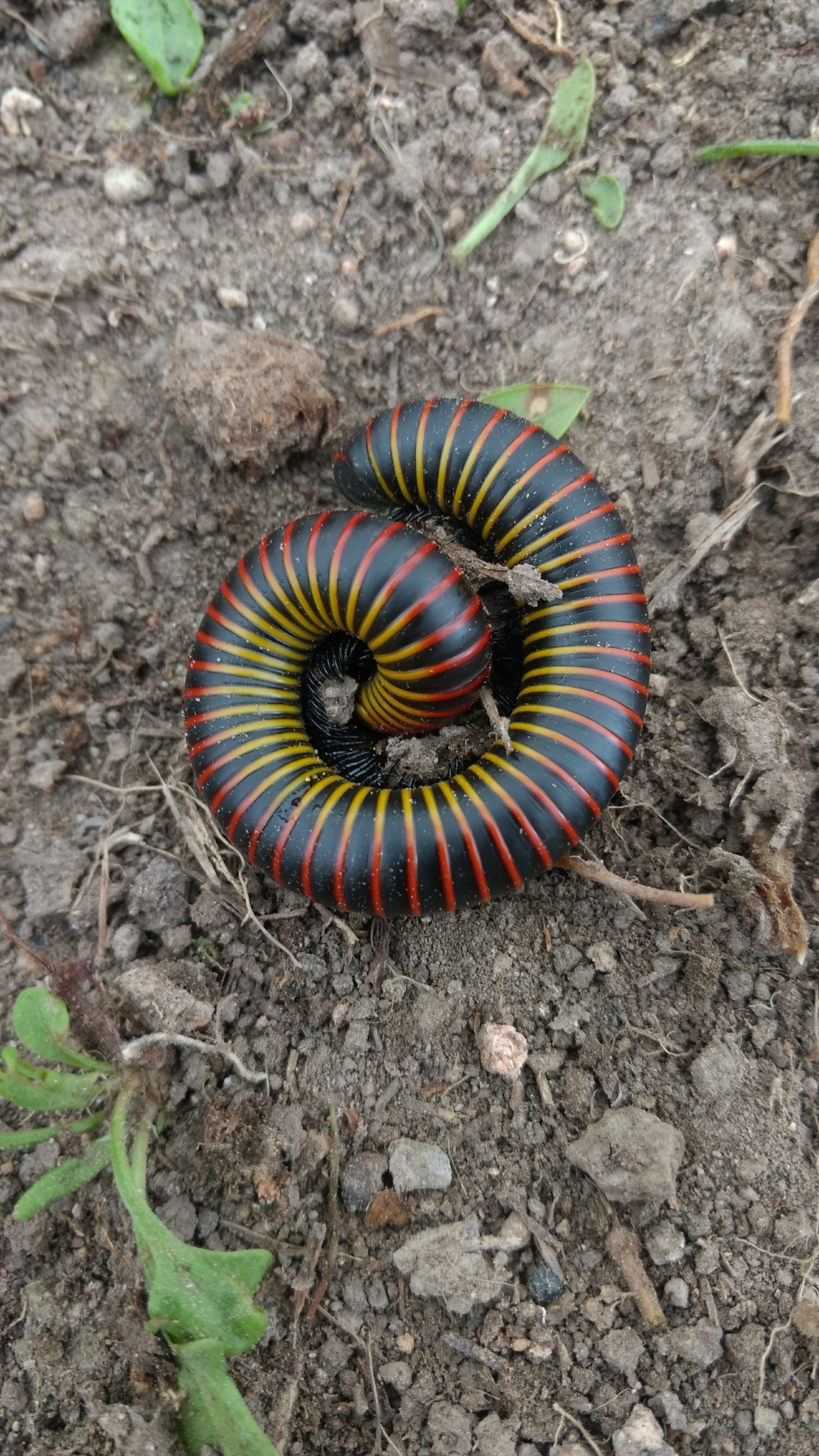 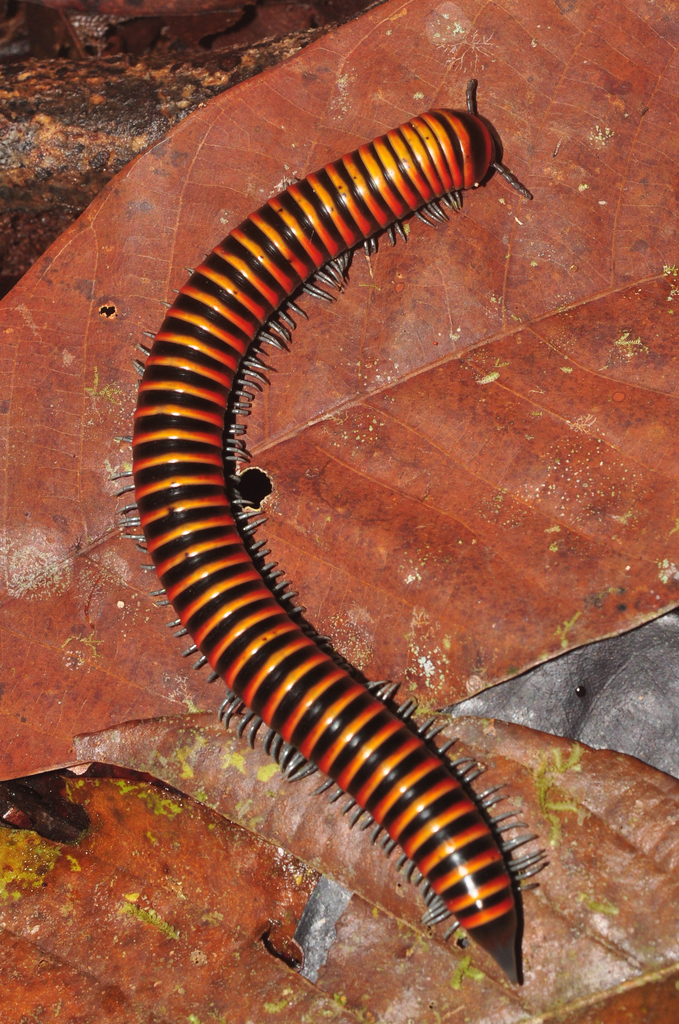 Wow, that millipede's a stunner, but are you sure those two pics both show the same species? The reds and orange/yellows are distributed differently.

Zoosphaerium neptunus (giant pill millipede), but they are too difficult to keep.

Out of my budget range/impossible: Scolopendra gigantea. I know they pop up for sale occasionally, but I don't think I'll ever be able to spend $350 on a centipede. I'd also only want to buy captive bred which can't be too common.

Had a juvenile one of those.

What happened to it? @basin79

Ratmosphere said:
What happened to it? @basin79
Click to expand...

Sold it along with my Hispanola giant red and all my inverts bar 2.

Oh my gosh, there are so many beautiful centipedes :0
I knew mills came in a ton of colors but I am not that knowledgeable of centipedes.

@basin79
Woah...they remind me of snakes with how they initially catch their prey.
I have no idea why they give me the chills though. I think it is the jaws.
They are super pretty creatures regardless.