NOTE:
These are not wild, just an up close photo of my CB D. tenebrosus that i released

syndicate said:
sac looks alot bigger man yeah.just rehoused my hopefully gravid female.hey any idea on how to tell the difference between d.scriptus and tenebrosus?according to spiders of the eastern usa they are distinguished by dif genitalia structure but i guesse they both overlap the same habitats.i just ordered the book spiders of connecticut the other day so hopefully that will help figure this out.
Click to expand...

i have both D.tenbrosus and scriptus in my area. the way i tell the difference that was taught to me by a Misouri entomologist was tenebrosus are darker and scriptus have the same patterns but lighter and grayish almost white. also the individuals that i have found seem to be slightly smaller and a tad less aquatic.
B

thanks for the care sheet

I recently (about two months ago), found and captured a Dolomedes Tenebrosus (Dark Fishing Spider). She laid an egg sac about three weeks ago. Does anyone know how long it takes for the sac to hatch? Also when will she put it down? lol, she has not even tried to make a nursery web yet. I changed her habitat yesterday, hoping more sticks and hidey holes would prompt her to find somewhere safe to put it down. Also, what should I do with it. My roomates would not be happy if they hatched while I was at work one day (her Terrarium has holes in the top that the little guys could fit through.) I kinda want to keep three to see if I could raise them but I don't want any getting loose in the house. Any suggestions? I'll post pics of her later.
B

I stumbled across this thread and thought I would necromance it with a couple of wild spiders. I'm thinking of keeping maybe a D. aquaticus in the coming year.
a small D. aquaticus in almost still peat stream on a walkway 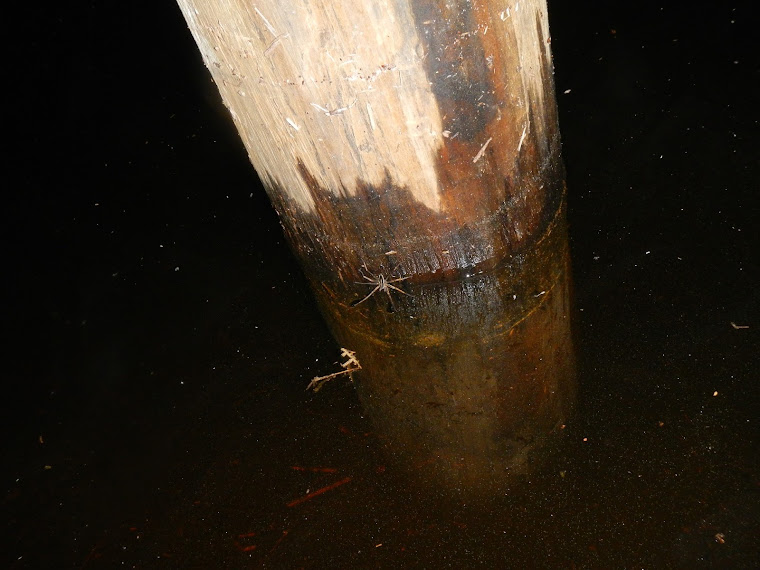 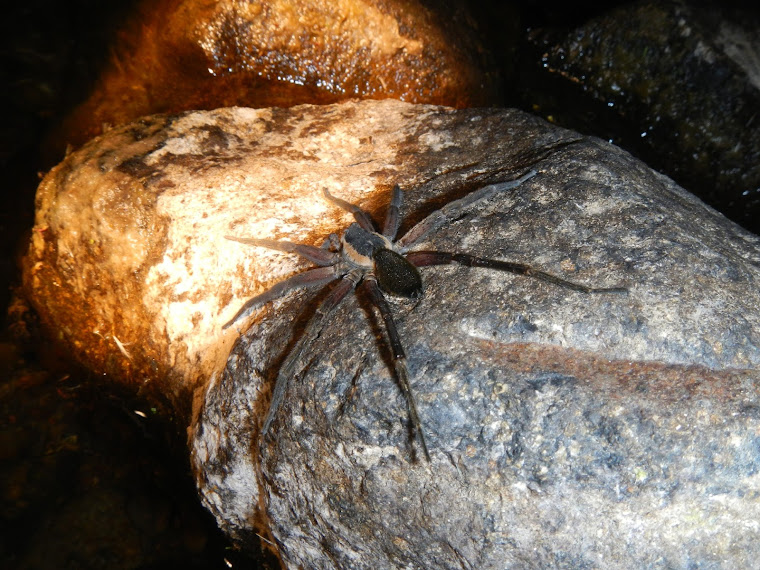 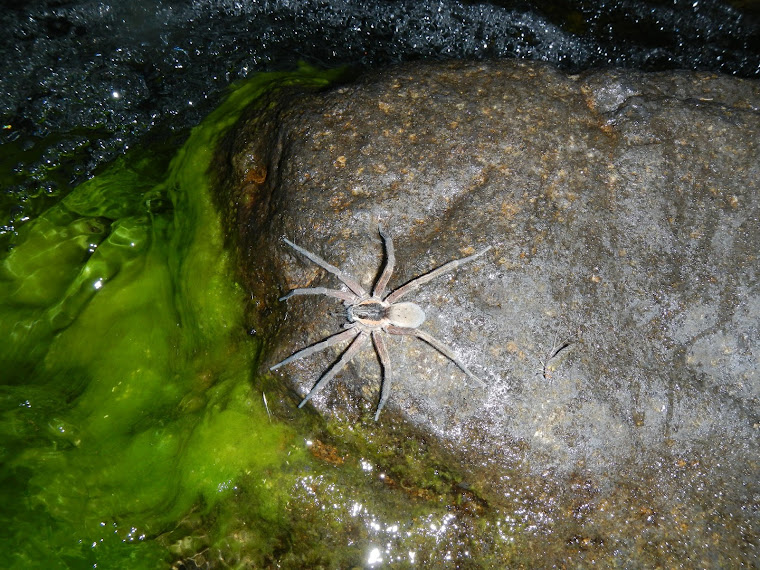 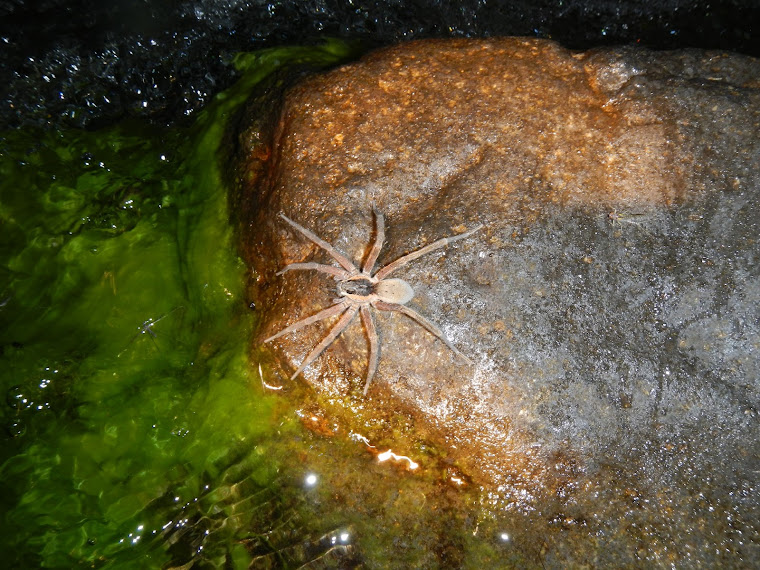 D. dondalei (only formally described in 2010) 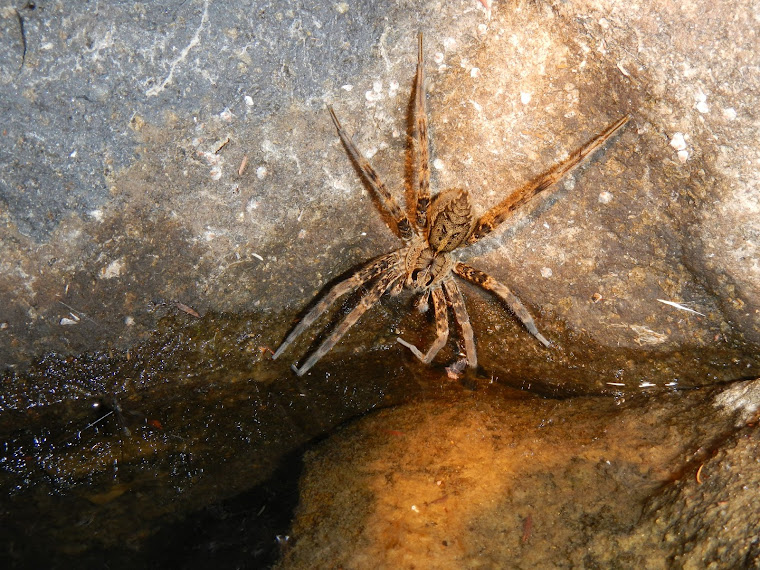 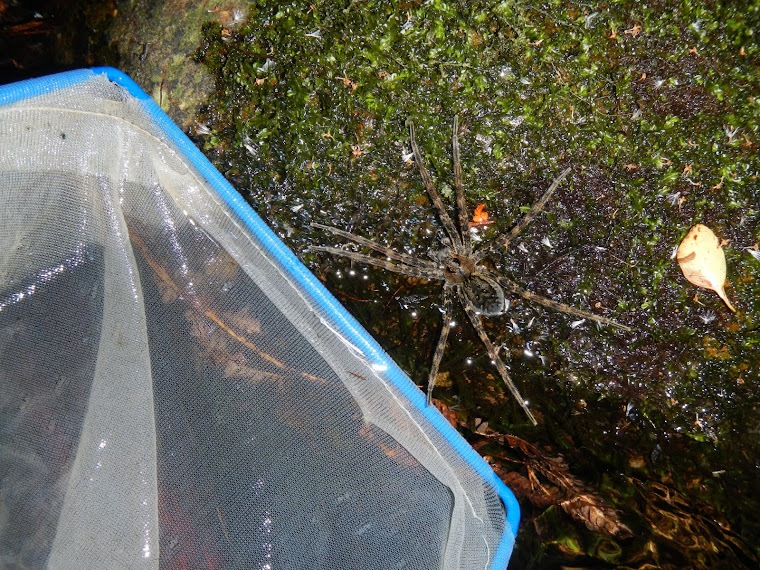 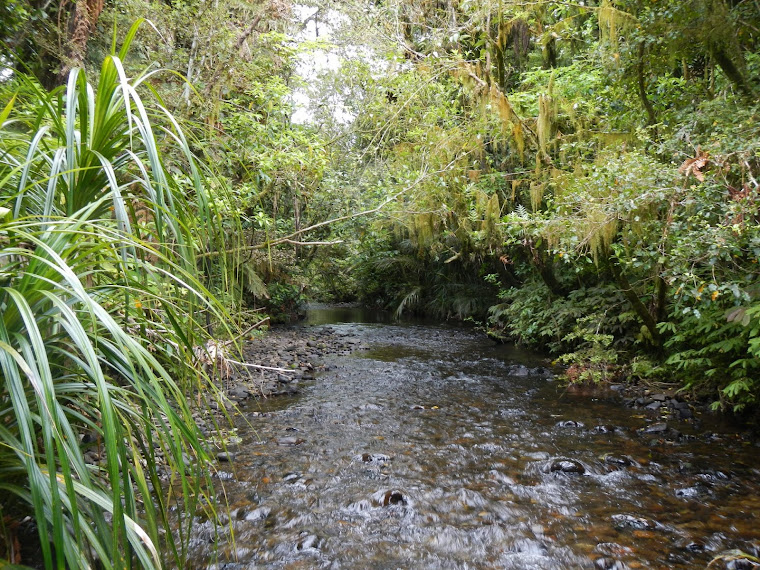 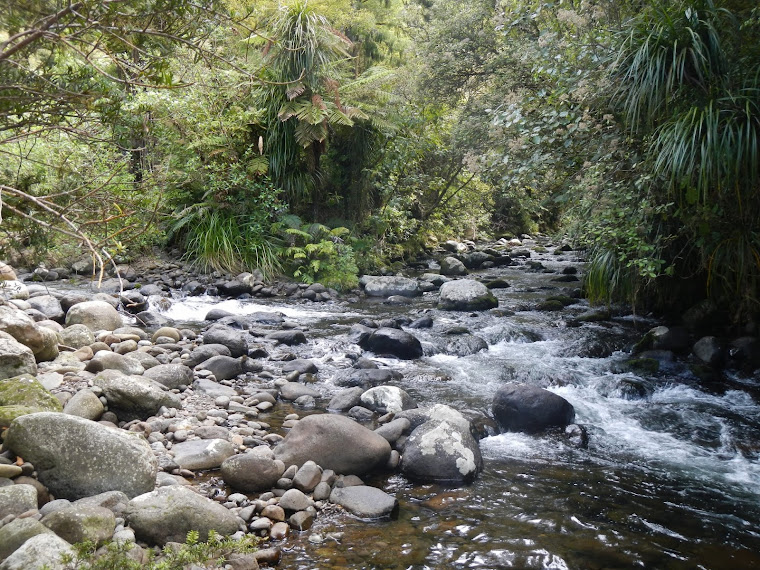 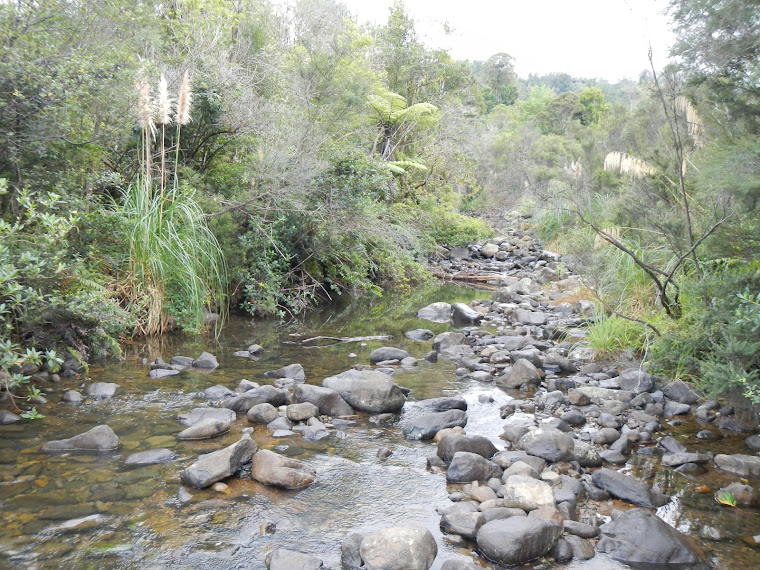 D. aquaticus prefer open stream/rivers but there is some crossover