After a trip to South Florida, I've returned with some myriapods I WC'd.

While staying at a relative's house, said relatives' kids flipped over a board in their sandy, dry, play area, and at least six Rhysida longipes burst out and headed towards cover. As I'm new to 'pede keeping, I only managed to catch one fairly large specimen. (I did catch a second, smaller Rhysida, but it died of unknown reasons (pesticides? dehydration?)

As a temperate-zoner, these are the largest centipedes/millipedes I've seen in my life. I can't wait until I can have larger, more tropical versions of these guys, but hopefully these will function as good starter 'pedes until then. Hopefully, they will do okay in captivity seeing as how they're WC.

If you've got any tips for these, I'll appreciate them!

Pictures included, sorry for phone-quality but that's all I have. (All species burrow like mad, they were under the substrate in seconds! The Rhysida is in a better container now, that's just the bucket I caught it with.) 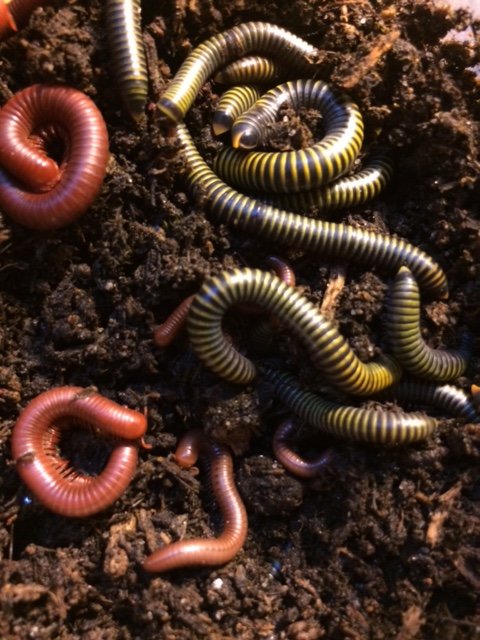 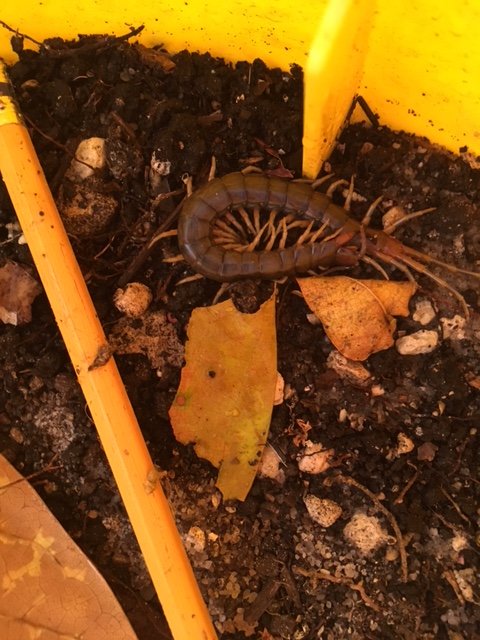 The Rhysida is in a better container now, that's just the bucket I caught it with.

Great finds! I can't speak to the centipede, but you've got some easy care millipedes. I think my bumblebees do better at 73 and higher temps. Scarlets seem to be less picky about everything. The care sheet that @Cavedweller pinned to the top of this forum has great general care. I found both of these species are quite easy to breed.

Have fun! This is a great place to learn.

Really awesome finds! If I ever went to Florida, I would be on the hunt for Dynastes tityus.

Congrats. I didn't find anything when I was in the Tampa area a few weeks ago. I looked but no luck. It seems like everyone but me finds all the good stuff lol.I was hoping to find ivories or bumblebee millipedes but nope luck is never on my side lol.

Haha, I was hoping to find some ivories too, or even better Narceus gordanus... do they go that far south?

Oh, and the Rhysida is at least 4 inches (over 10 cm), and it was one of the smaller ones in its nest. From what I've read, they are only supposed to get around 3".

Ratmosphere said:
Really awesome finds! If I ever went to Florida, I would be on the hunt for Dynastes tityus.
Click to expand...

Ah, beetles. Sorry, but for some reason I've never been able to get into beetles. Maybe I should start!