Found this little guy tonight. A friend thinks it might be female due to a tiny dark dot on the abdomen and the apparent lack of developed palps, but it could be a juvenile male? It seems on the small side, compared to other cellar spiders I've seen.

What does one feed a cellar spider? I've read they can take down prey many times their own mass, but they usually rely on a web, so would flightless fruit flies be accepted? 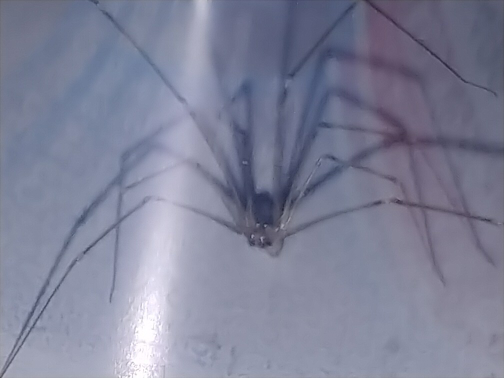 I kill them because they eat a lot of vulnerable spider species. Looks like a male too. The bane of my spider terrariums. Near invisible Juviniles sneak in when I open the cages or add in new substrate to a new terrarium. The rage I feel when I see one of my precious babies hanging lifeless in a really insignificant spider's web is enough to throw my control out the window and I start going on a cellar spider massacre throughout my house and yard. I'm getting angry just writing about them. So many more worthy studies have been murdered by these that I feel the need to urge you to destroy them as well. They anger me more greatly than the invasive brown widows that are killing of the native widow populations throughout the united states. To answer your question about feeding, they will eat absolutely anything that gets caught in their webs. Beetles, bees, wasps, other spiders, Just about anything is fair game for them. I had a lot of them in a communal tank about 5 or 6 years ago. Eventually some of the babies got into my other terrariums at the time, and killed off all the other rarer spiders that I was studying. In response, I grew to hate them, so I took some hair spray and a lighter and I torched every single one in that terrarium, and all the others as well. They are too successful, plain and simple. They are really easy to keep, but not that interesting to look at. I suggest something like a parson spider, or a phidippus sp., they have more active hunting strategies that are interesting to watch. Amaurobius Ferox is another interesting species, weaving an iridescent blue cob web, looking like a mix of a black widow and a wolf spider.

netherguard said:
I... wow, I'm sorry for bringing this up. I'll just kill him, I guess.
Click to expand...

Don’t kill your new pet just because someone doesn’t like them.

No, I'm not going to just kill him. I'm going to put him back where I found him, though. If he's a male, he has a job to do.

netherguard said:
I'm going to put him back where I found him, though. If he's a male, he has a job to do.
Click to expand...

Put him near other pholcids. He will attract a harem. Swing by here and I'll load you up with a few thousand more. Hurry up, it's making babies season for them and the wifeypoo is eyeing the webs and the vacuum.

I have a few cellar spiders roaming free. Fantastic spiders even though occasionally I'll see a poor house spider dead in their vast messy webs. I feed these the occasional cricket or wax moth if I notice they haven't caught anything for a while. I also used blue bottle flies when I used to hatch my own. 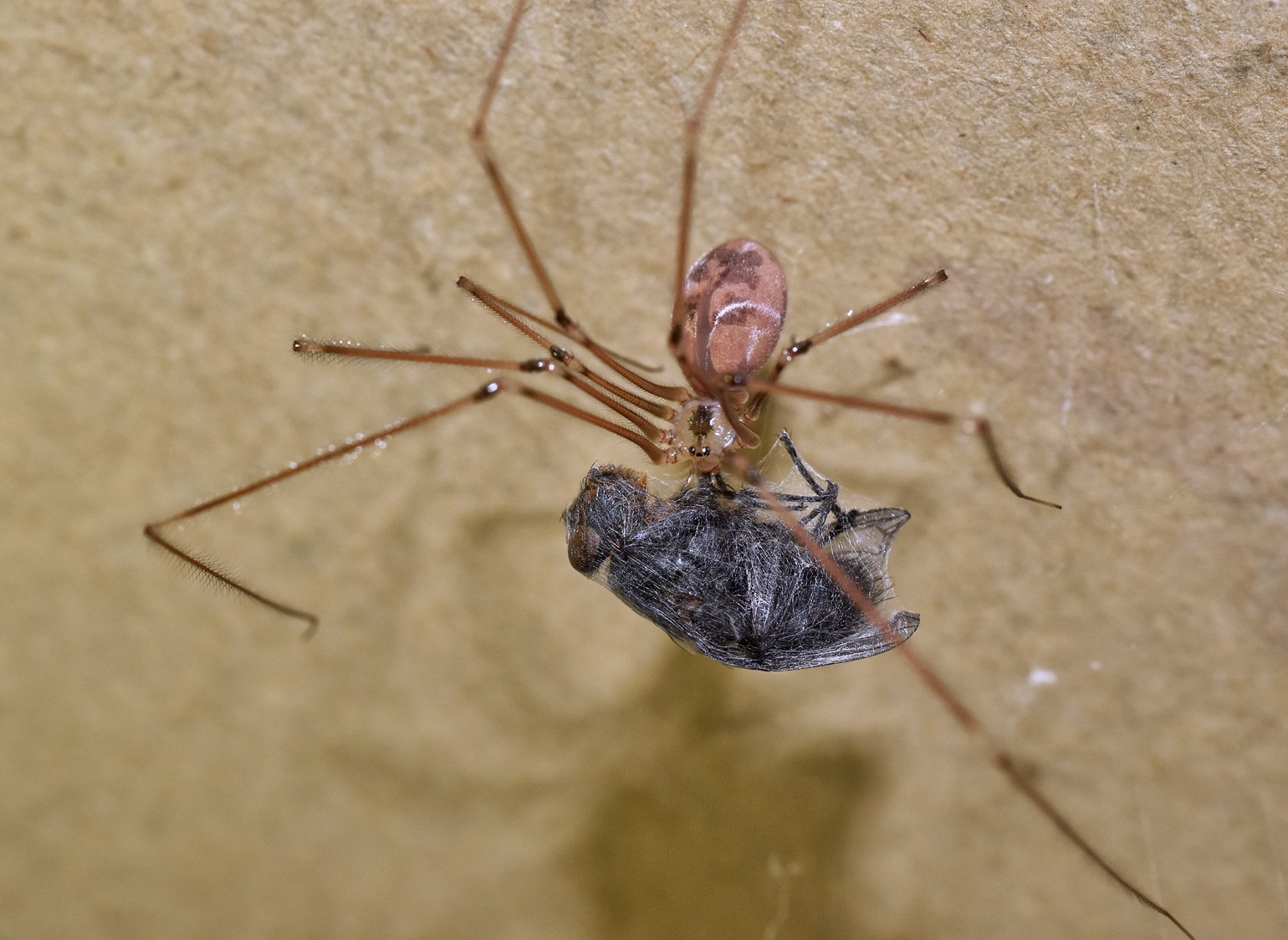 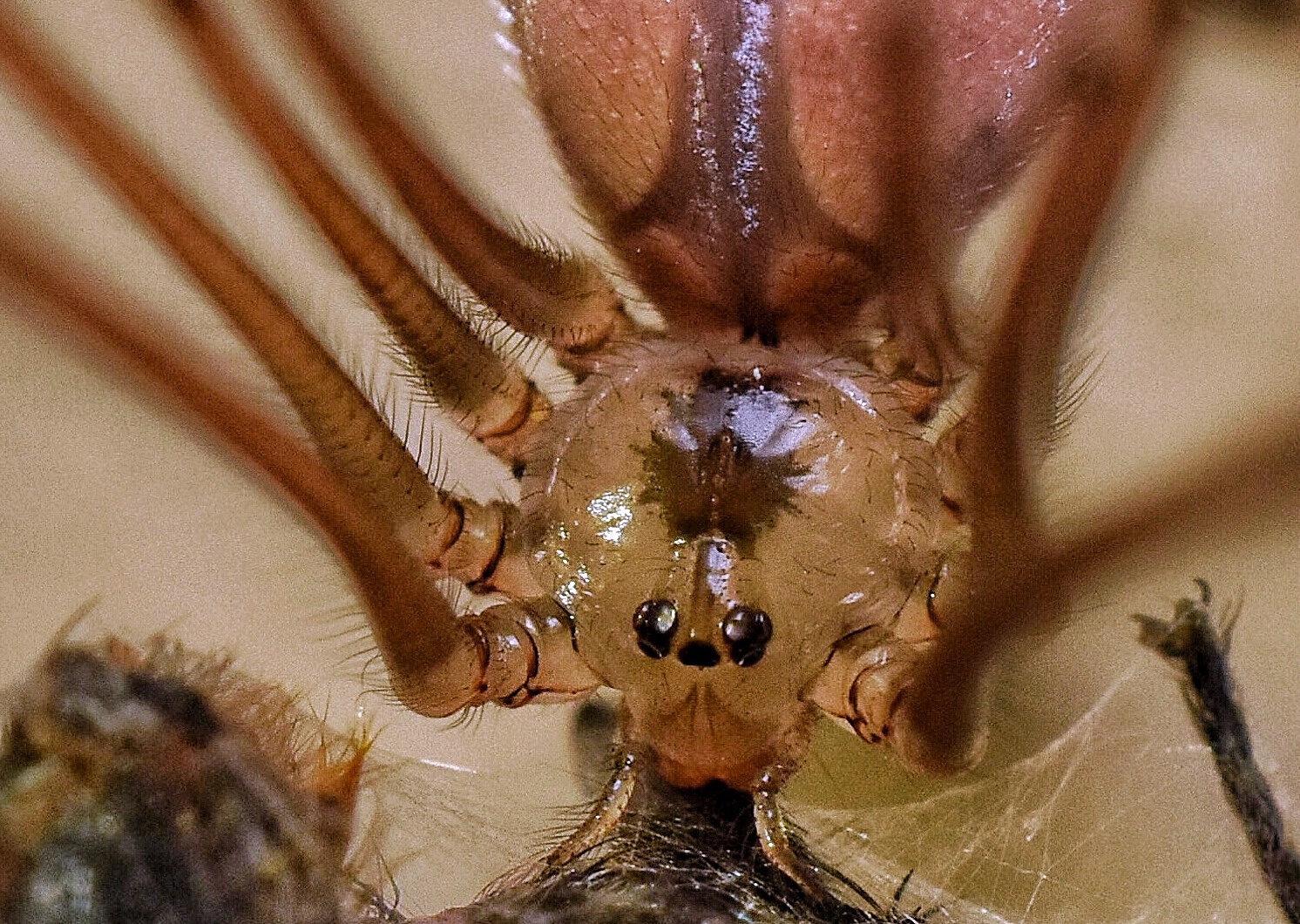 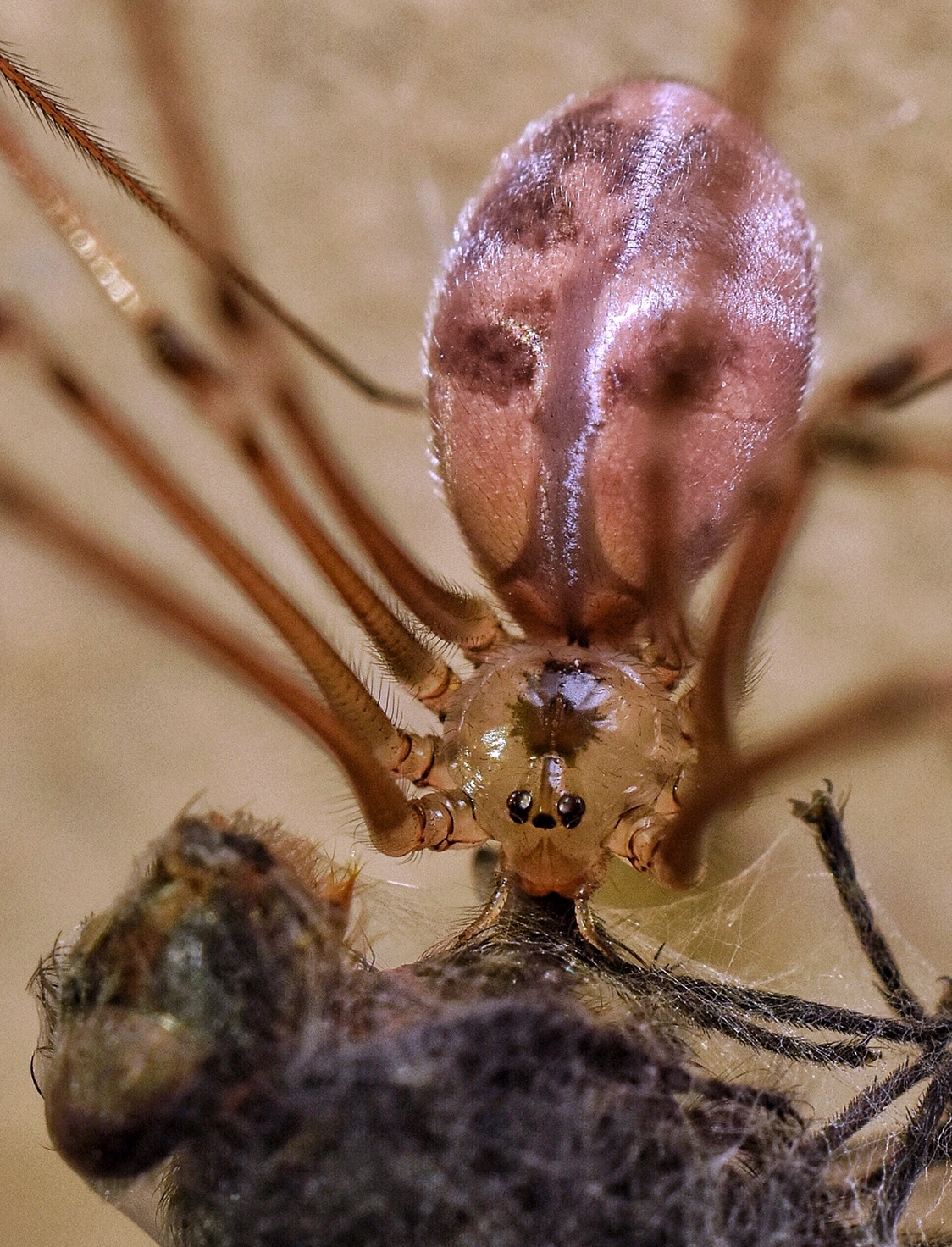 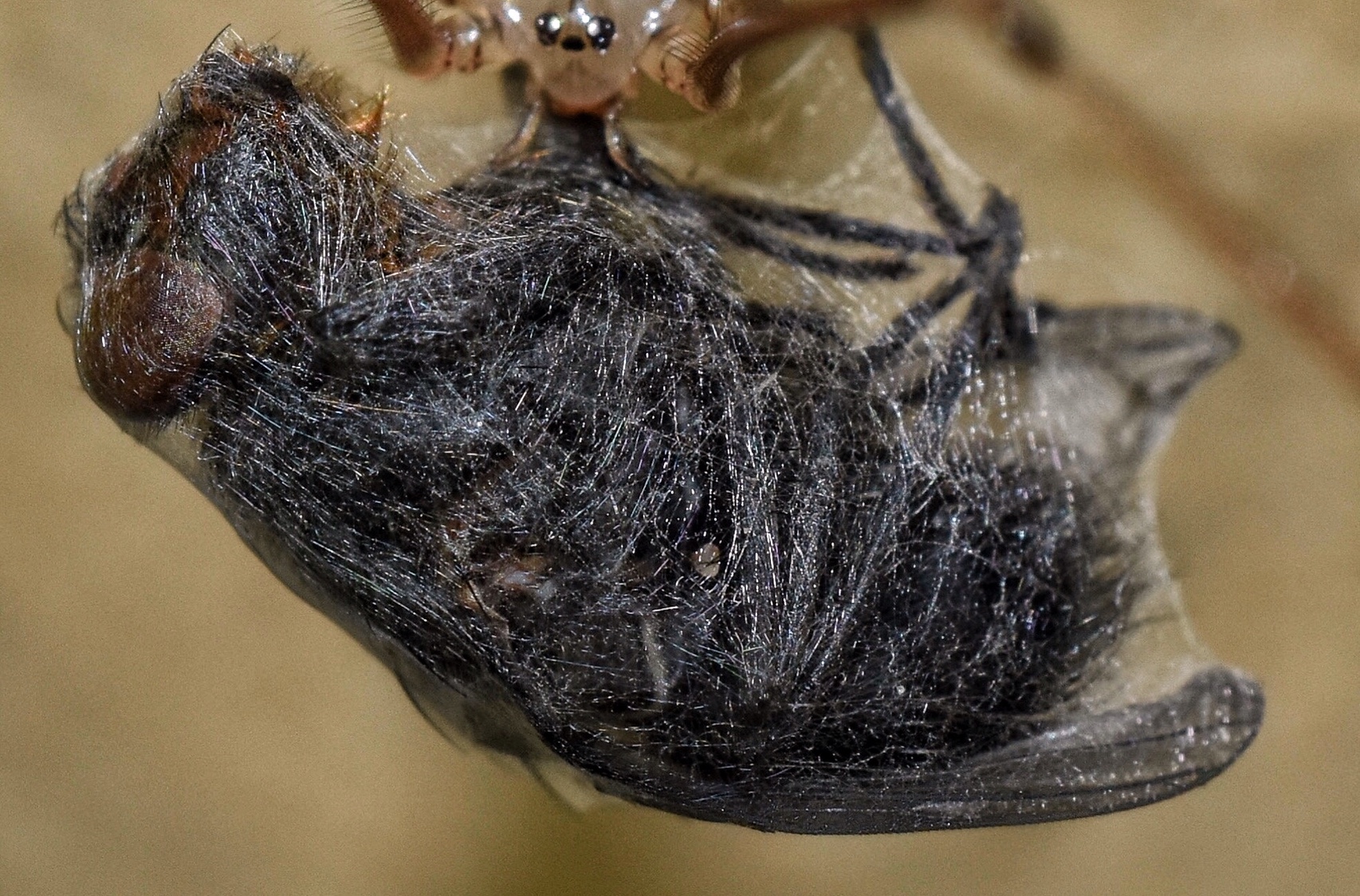 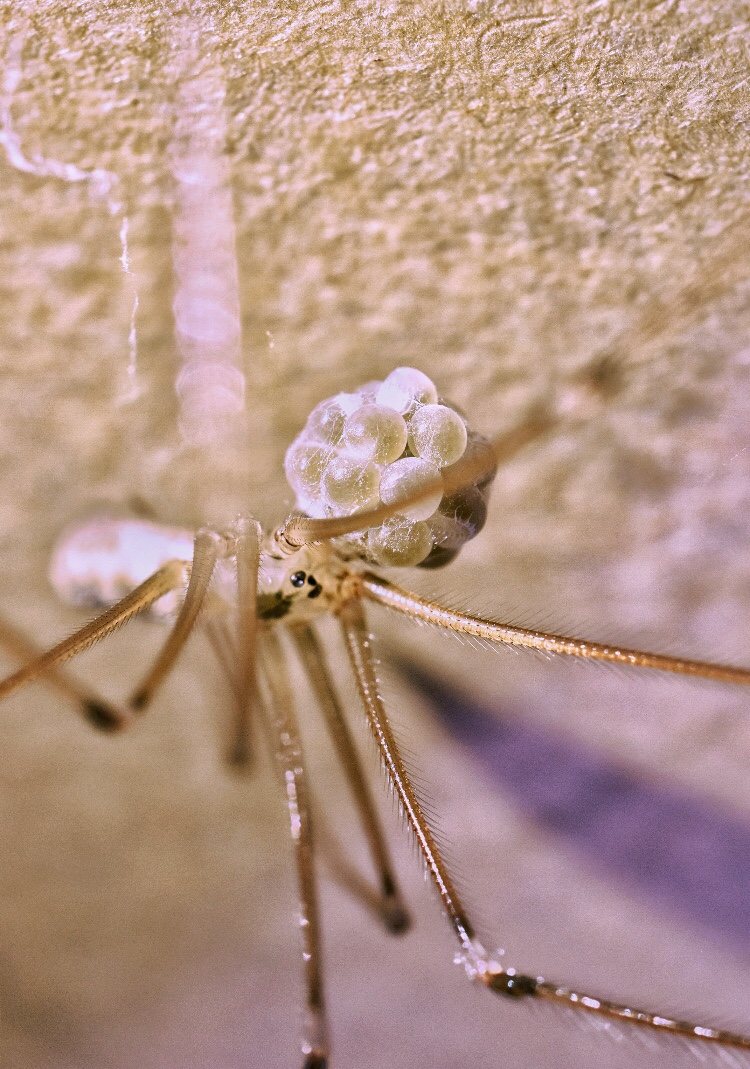 Some outstanding shots you got there @basin79

The Snark said:
Some outstanding shots you got there @basin79
Click to expand...

I've also tried keeping them a few times. They are really easy to care for. They can be pretty interesting to watch, especially if you have a group of them together in the same area. I have probably a few hundred in my outdoor building.

netherguard said:
I... wow, I'm sorry for bringing this up. I'll just kill him, I guess.
Click to expand...

NolanRobertsIntrovert said:
How about let’s not kill it
Cellar spiders are amazing at controlling your pests if it is bothering you let it go in a tree outside
Click to expand...

NolanRobertsIntrovert said:
Please don’t kill it
These spiders are like your best friend
They will destroy any spider that walks on there web
Even they kill mosquitoes
Click to expand...