At the end of January 2020 I had my chance to go to Martinique. After some research I found out that the island is home to two different species of tarantulas – Caribena versicolor and Acanthoscurria antillensis.

Home of Caribena versicolor lies on the very north of Martinique which seems to be much more humid than southern part. At first I chose forest with pathways in forests. That’s where I found my first 8 specimens. 6 juveniles were hiding in old fence posts. Another one was hiding inside of a fallen tree and the female that was found last was actually easiest to spot.

With almost no ability to speak any French I managed to hear from locals about huge garden nearby with many specimens. In fact, that place was a paradise for them. After asking, man working there took me to one building where they had 3 adult specimens chilling under the roof. Inside the huge garden many tarantulas were sitting on their trees in the open. Finding nests of those hiding under tree bark was challenging. I had to look very closely to see any signs of webbing. But there were also those with web tunnels completely in the open.

A tree on which I found 4 specimens, only 2 of them are on this shot though.

Almost everywhere under bark of this tree I could find nests, both abandoned and those with tarantulas living inside.

Bark of said tree above, so you can see how it was like. At least 3 nests (entrances) in the pic.

C. versicolor next to it's web tunnel. 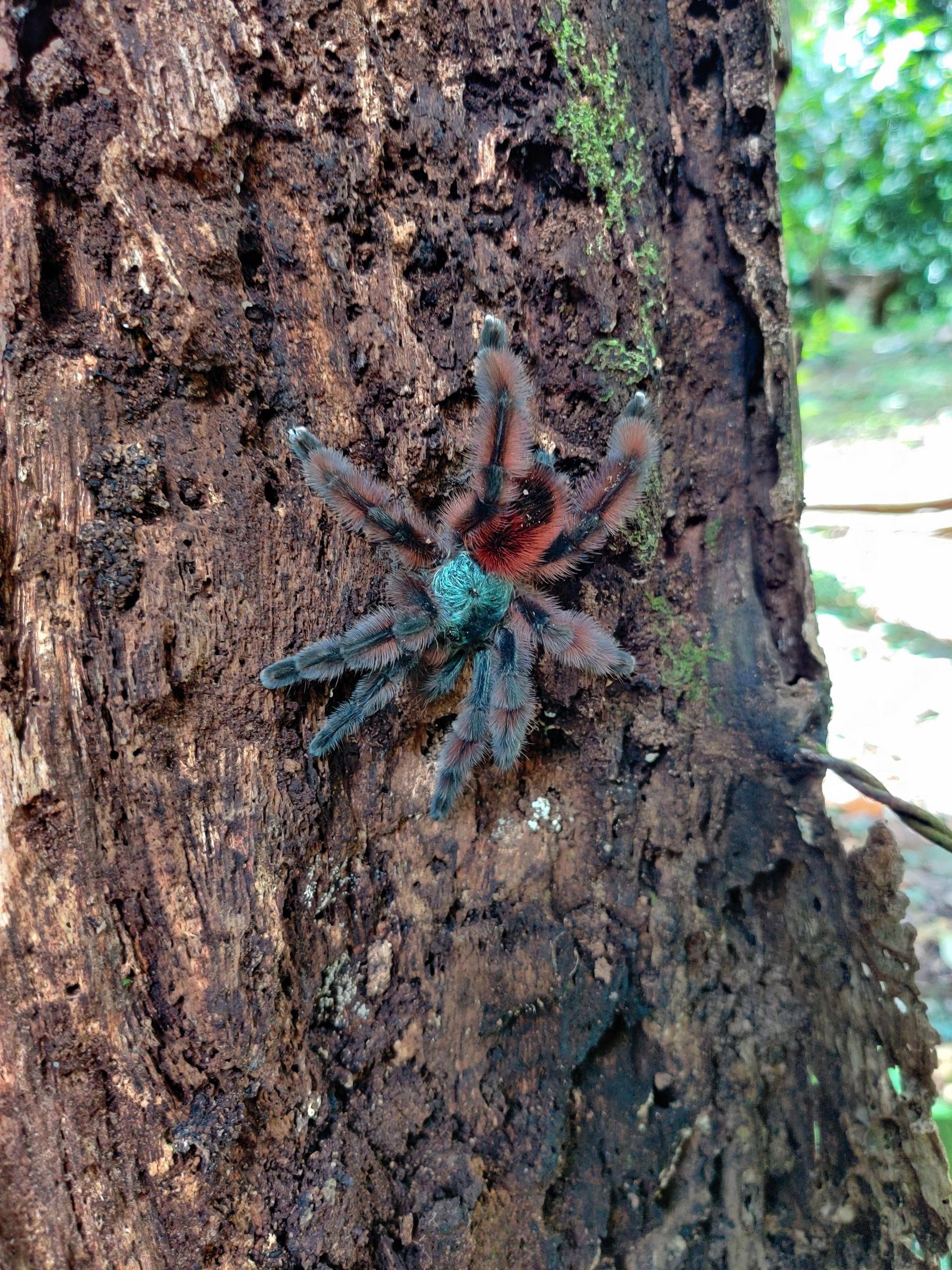 Another very pretty specimen sitting almost on the ground. Almost missed this one.

Unfortunately, during the trip I wasn’t able to find any slings. I’m very sure they were there, however amount of time I had didn’t allow me for longer searching.
Humidity in their area was indeed very high, but what many experienced keepers say is true – high ventilation is the key to keeping them alive. Their habitat lies directly next to the sea which connected with fact they live on trees gives them pretty much of fresh air.

Meanwhile north of Martinique is home to Caribena versicolor, south is where we can find Acanthoscurria antillensis. Their habitat seems to be much bigger than C. versicolor and unfortunately I was able to only find 4 specimens, all of which were between big juvenile to adult size.

All of those I found had their burrows in small scarps alongside the road. Burrows seemed to be also going rather deep inside. All of them were unfortunately skittish and didn’t want to come out except for one that granted me with few pictures. 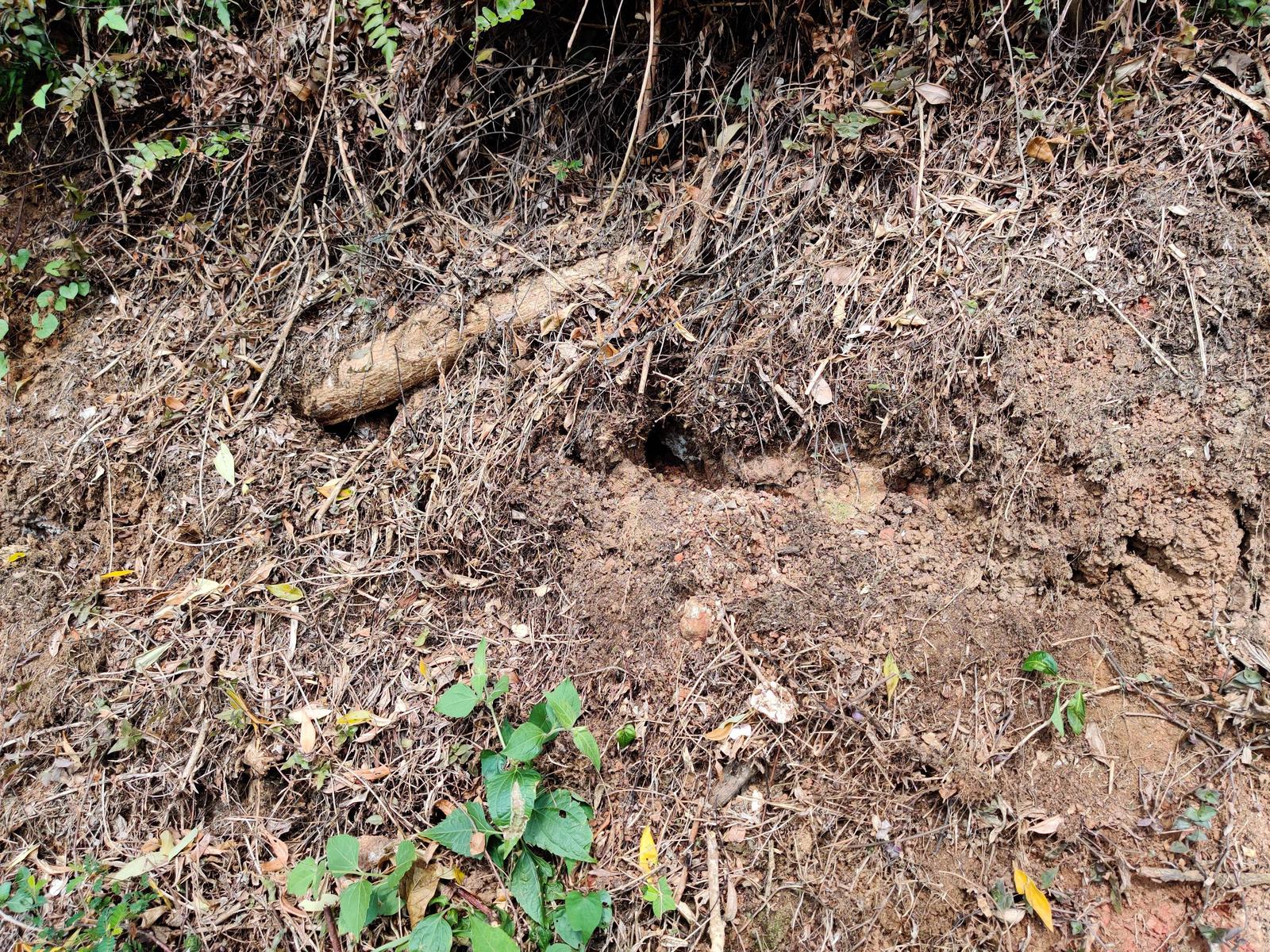 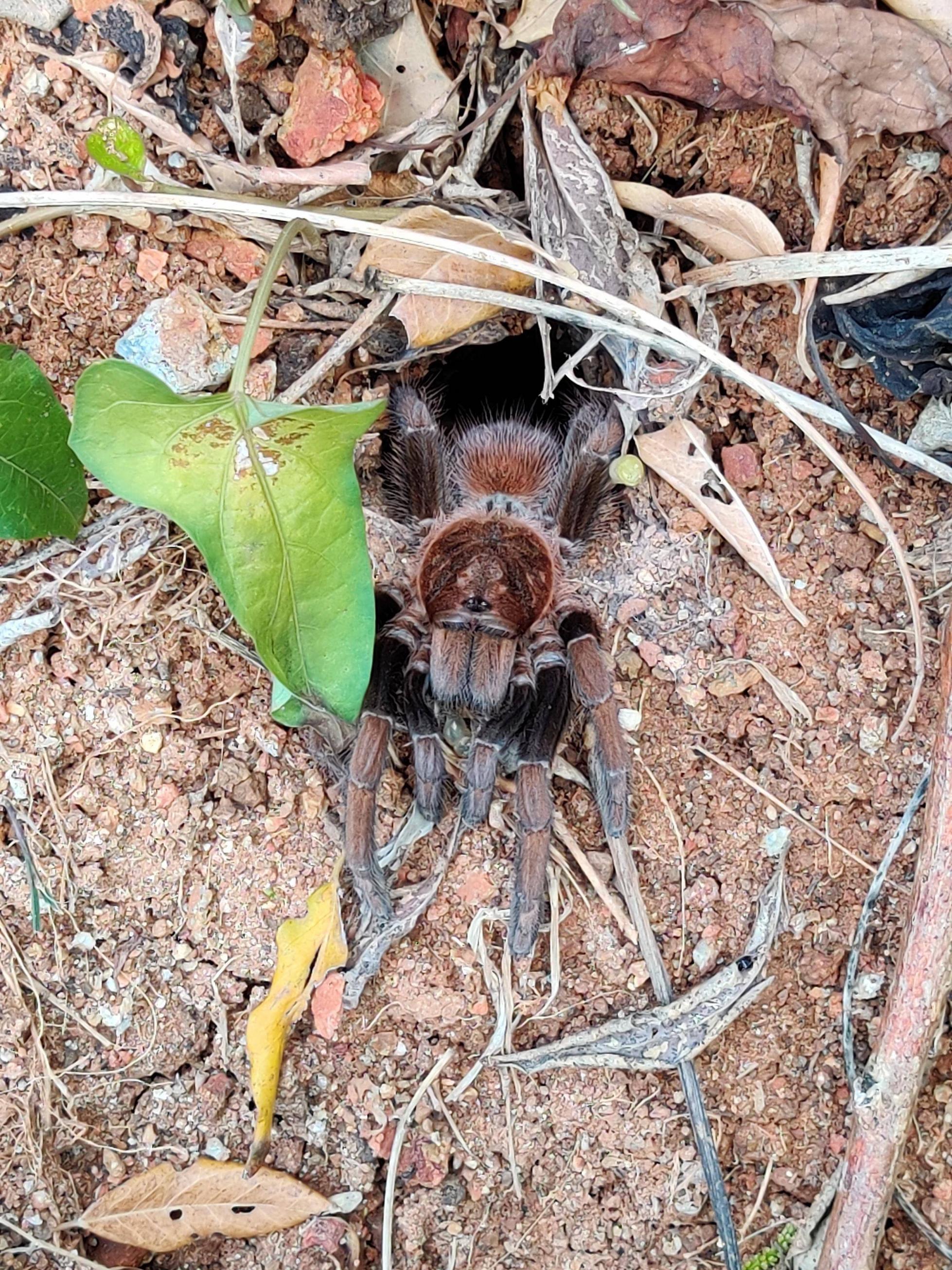 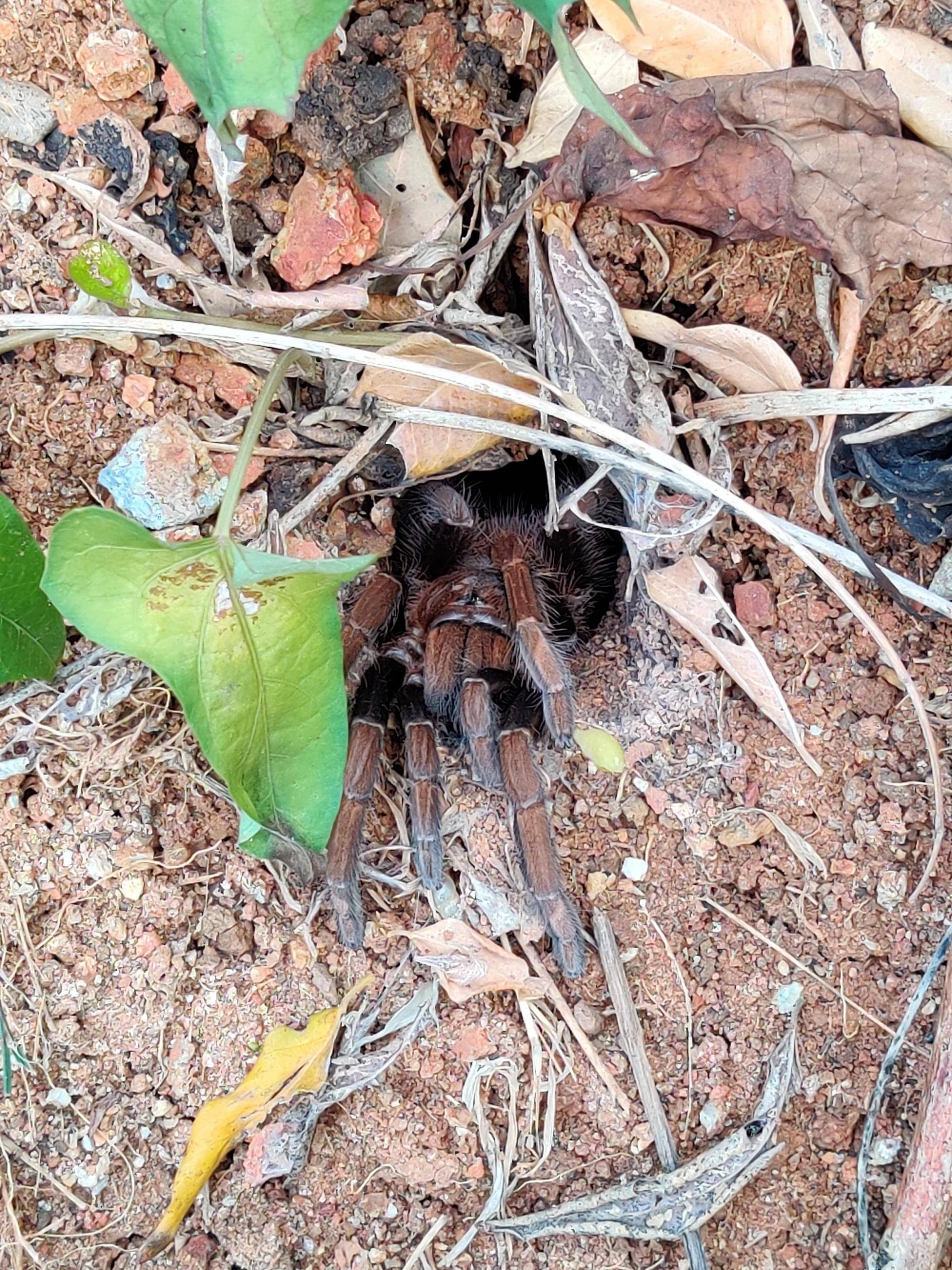 What surprised me was how dry the ground was where I found them. I’m not sure how it was deep inside of their burrows but from the outside perspective.. they had it pretty dry.


To anyone that actually reached the end, thank you for reading and I hope it was actually okay to read. It's been quite time since last time I wrote anything long in English.

Thank you for sharing your amazing adventure with us. It sounds like my dream trip.
A

A fun and excellent read. That must have been such an awesome trip.

Thanks for sharing!!
This was a pleasure to see and read about them in the wild!!

Arthroverts said:
A fun and excellent read. That must have been such an awesome trip.
Click to expand...

It was, I just wish there was actually more time to look for them, especially for A. antillensis. But in the end I had just few hours and at the end it started raining rather bad. With more time I might have narrowed down places they live in and gotten more pictures.
A

Well, you know what that means...

Very nice. Love to see them in their natural habitat

Great pictures, thanks for sharing! It's always a treat to see spiders in the wild.
C