I found pictures and thought it was beautiful. I know they are skittish it is either thus or the previous mentioned Desert blonde

You could also consider the P. sazimai, which is less skittish and still gorgeous. Somewhat similar.

Hmmm, no tarantula is a good pet in the traditional sense of the word. However, GBB is my favourite NW species. They´re good looking ,always out, webs a lot, has a really great feeding response and are easy to care for! You can´t go wrong, IMO

GBBs are stupid easy to keep. Dry sub, water dish, some fake plants and a hide. Drop in a cricket or roach once a week and watch it get demolished by a hungry spider. They can be skittish, but they're also really easy to keep.

Just a heads up OP, since I know you'd like to handle. C. cyaneopubescens will not tolerate being handled. Very skittish and very fast.

I have two GBB's right now and had a third previously that I traded away when it hooked out male. They are a very striking spider - but at least in my experience, tend to spend a great deal of time hiding in their web tubes. Of course, the heavy webbing behavior is interesting, too, if that's what you're looking for. They are fast and skittish, as has been mentioned, and mine seem to kick hairs like crazy when the cage is opened for feeding or to fill water dishes. If occasional handling is one of your goals, you'll be better off with a more docile species such as G. rosea, B. albopilosum, or G. pulchripes, all of which tend to be more cooperative. (I know many people malign the plain old "rosies" as being rather dull and boring, but I absolutely adore mine because she is such a good sport about handling for the occasional classroom demonstration! My B. albopilosum can be a bit moody - hence her name, "Surly Temple" - and sometimes prefers to be left alone and my G. pulchripes is just a touch on the skittish side, though she does tolerate occasional handling.) The local Aphonopelma sp. are also generally very cooperative, but I'm not sure the exact species - possibly A. eutylenum or A. iodius? I've never kept A. chalcodes, but in the wild, at least, they seem to be more skittish than their California cousins.

Like fish, the GBB is a look, but don't touch type of pet. I have a female that's very mellow for this species. GBBs are very good tarantulas to own and no collection is complete without one. The are savage eaters, they web, they are blue, what could be better than a 4-5" blue tarantula with a green carapace. GBB are mostly skittish as others have said, so handling is not advised. I can hype this species as well as the E. Sp. Red all day long, so I leave it at this: provided you don't handle the GBB, it is still a very stunning tarantula to own for observation.

A GBB juvenile was the second T I got. Mine is less skittish than most others I've seen. They are easy to keep like otgers have said. 10/10 would recommend.

I love my little GBB, definitely skittish as others mentioned. That isn't a big deal to me since I have no plans on handling any of my Ts. So far my 3 G. pulchripes slings seem the least skittish of all.
For the C. cyaneopubescens, the coloration, voracious appetite, and web activity are definitely advantages when "showing it off" to my kids or friends.
Overall I think they are great Ts and aside from the handling, I would absolutely recommend them.

If by pet you mean like a hamster...then no, its a terrible pet...but if you mean a pet, like a fish...then yes, its a fantastic choice. 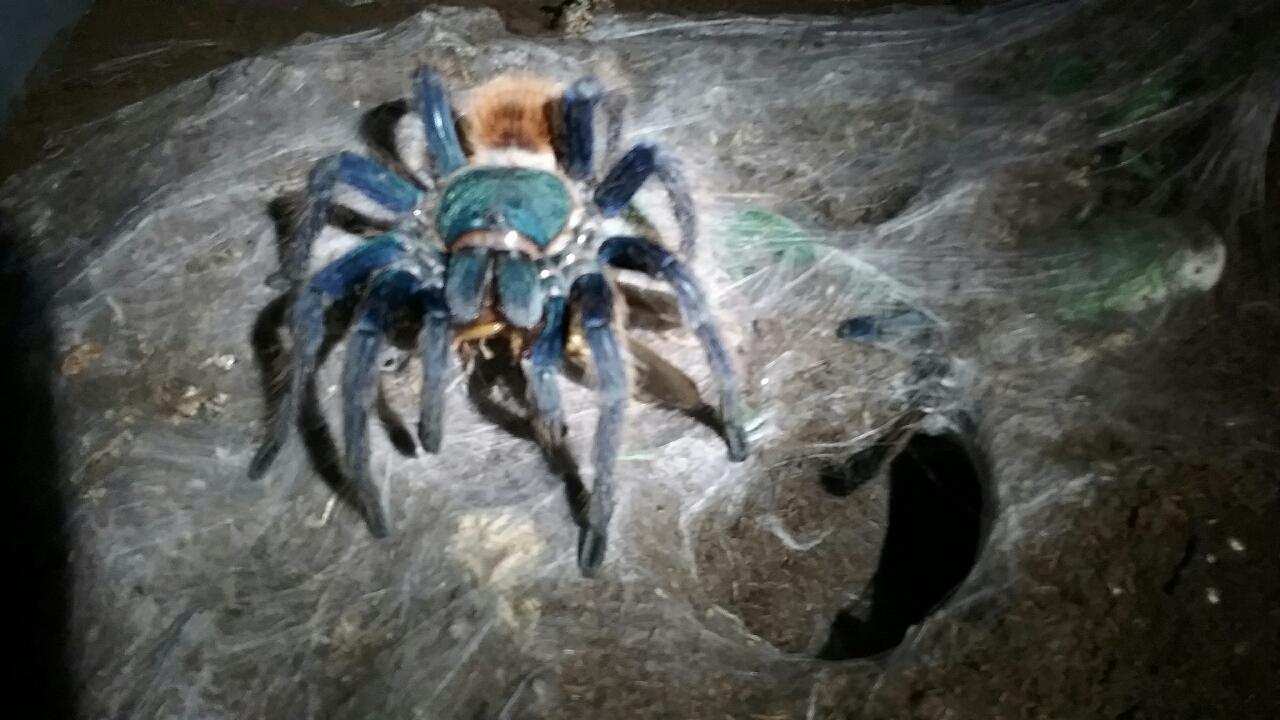 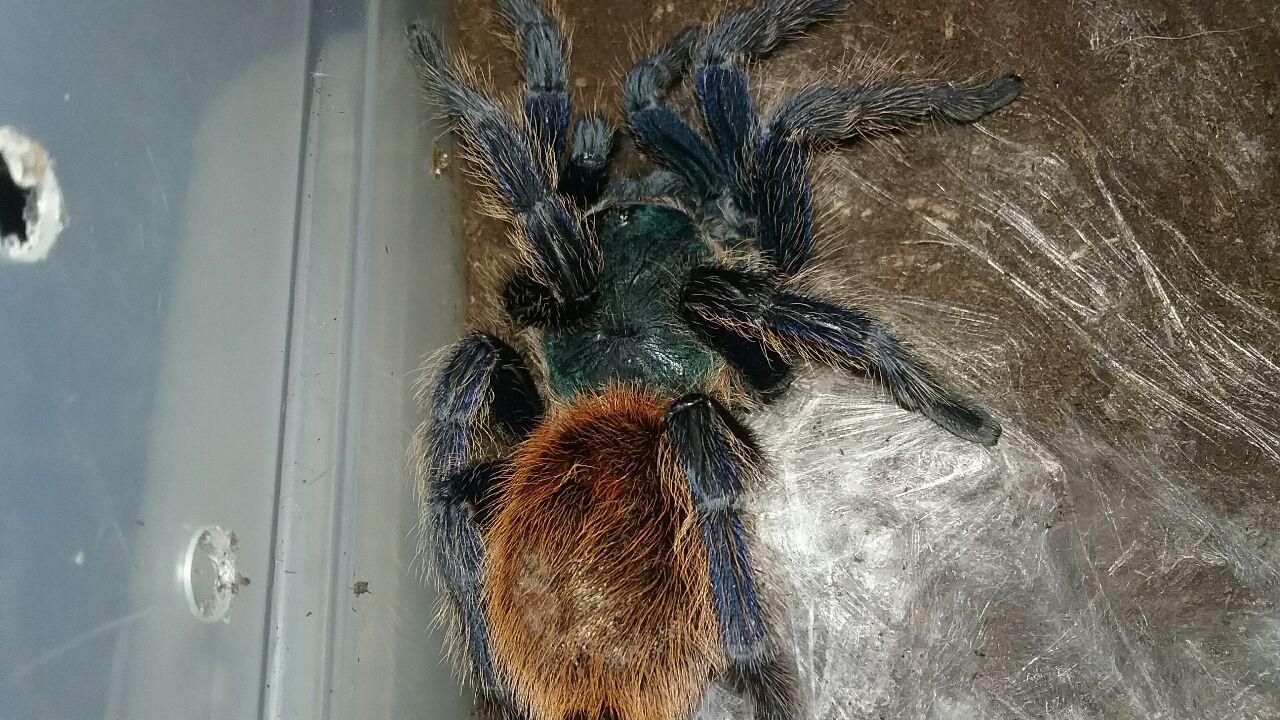 GBB is a great choice as long as you aren't eager to handle them. How can you go wrong with such a handsome display T that is a great Webber and a voracious eater. Awesome pics Cold Blood!!
You must log in or register to reply here.
Share:
Facebook Twitter Reddit Pinterest Email Link
Top