I tried pairing my male and female Aphonopelma chalcodes without success but without casualty. What is strangest to me is that it did not seem like the male tried to court the female -- no drumming or leg rubbing or anything. Every time, he seemed more interested in exploring. I'm sure that the tarantulas have been well aware of each others presence -- not only have they been kept next to one another since I received the male, I also swapped webbing between their enclosures.

Those times when they encountered one another, they would either freeze or there would be a bit of scrambling of legs that I seemed to me like two people slapping at one another without intent to harm. After the latter, the male would retreat a ways and make a stridulation noise by vibrating the cephalothorax between his third pair of legs. Has anyone else observed this? I have not been able to find any reference to tarantulas making noise in this manner.

The female would generally stand still as the male explored about, but would raise her legs if he came near and if that did not deter him, then the little "slap spat" or whatever would ensue. She never made any move to pursue him and with his focus on trying to explore and climb everywhere, there were several times that he left himself open to attack -- at least from my perspective.

Now the female has retreated to her burrow and webbed over the opening. She has not done this before and I must assume that she is preparing to molt (I purchased her this past spring as a mature female so I don't know when her last molt was other than it was prior to April). It's been... at least two weeks now. I guess it might be a while but I hope to be proven wrong. The male still scrabbles to get out at night and maybe he would try to court her after she has molted (and I have fed her, of course!). 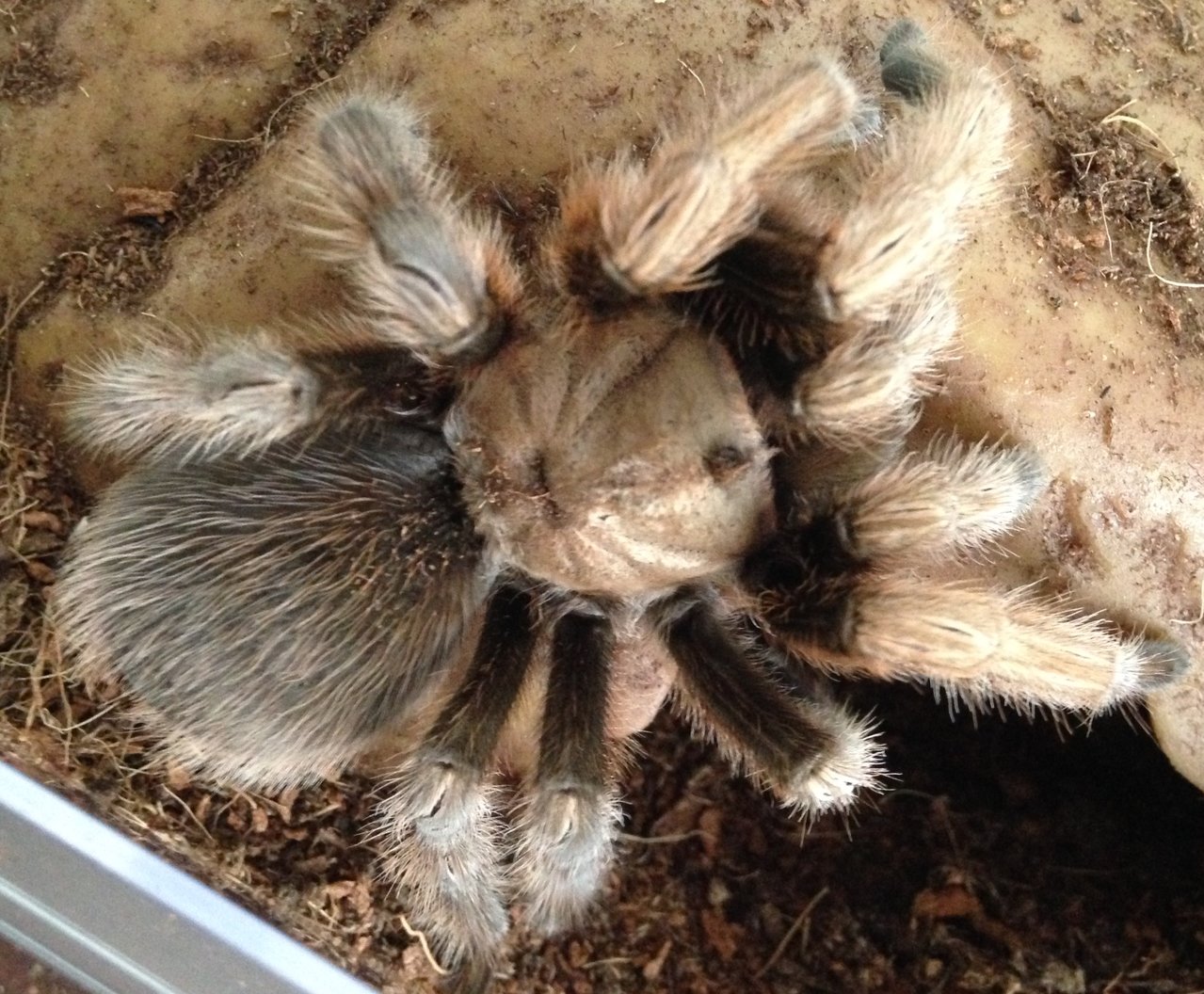 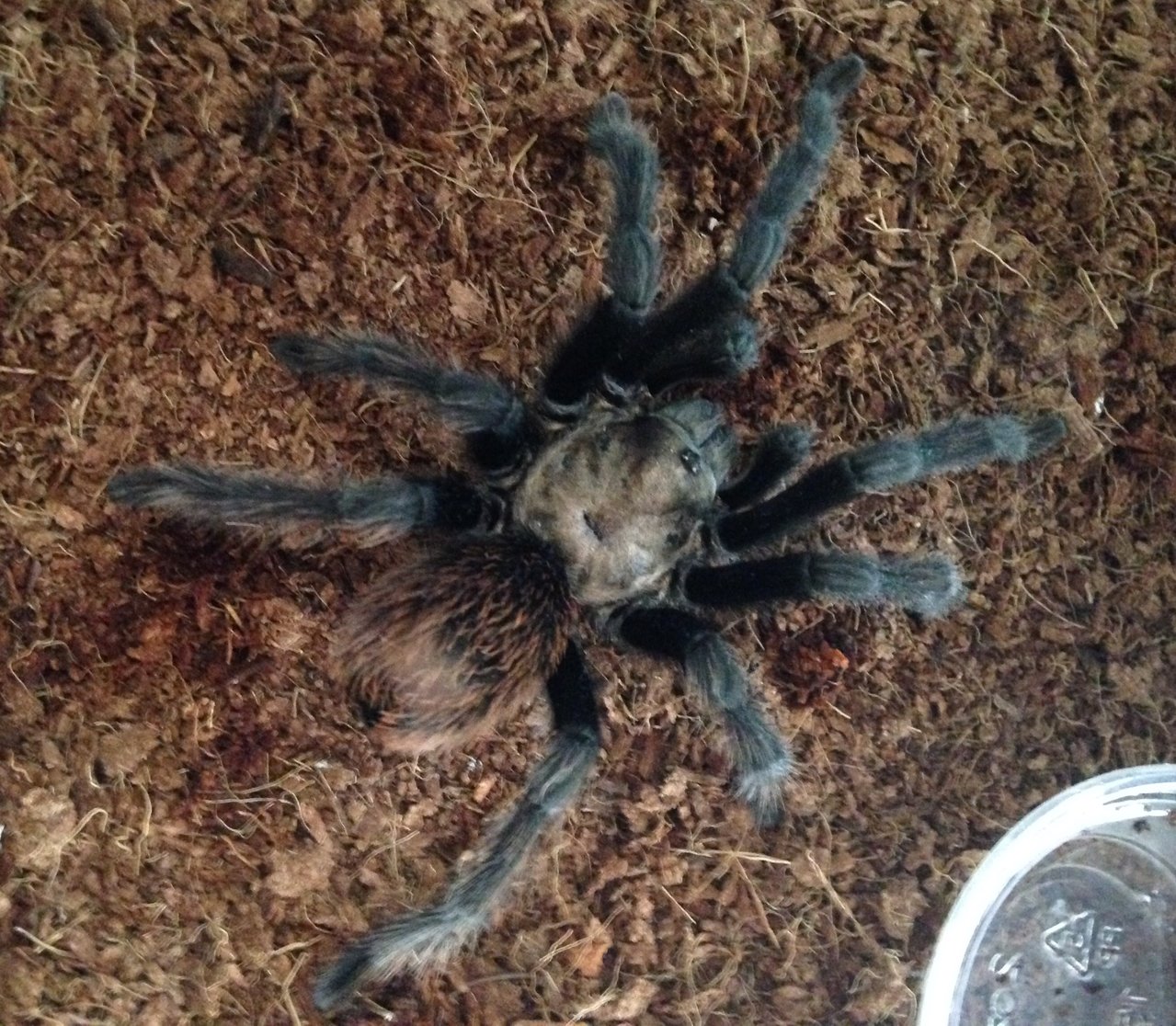