It would be nice to get some Feedback (esp typos) before I post on FB tmr.
You can click on the images for a high-res version and the full references. 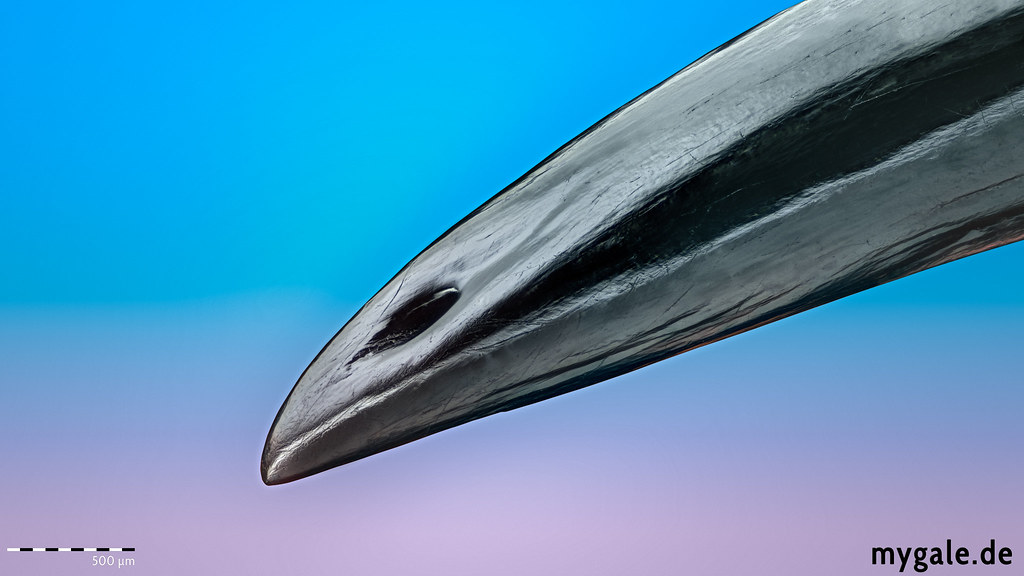 Ventrally on the chelicerae are the fangs, these hollow hypodermic needle-like structures are what delivers the venom into prey or attackers. Shown here is the tip of a tarantula fang, including the single opening of the venom canal on the dorsal side around 700µm from the tip away.

As with hypodermic needles, scorpions and venomous snakes the venom canal never ends at the tip itself, but shortly before it. This prevents the venom canal from getting clogged and is mechanically more stable. Those multi-use injection needles must be sufficiently tough to withstand the initial impact of a rapid attack, while at the same time they need to be hard and stiff to be able to break the prey’s protective cuticle. Shortly after the molt, they are white and vulnerable, tarantulas can’t use them to eat or perform other tasks, it takes a couple days to harden the fangs. A juvenile Chromatopelma cyaneopubescens (Strand, 1907) after the molt: https://flic.kr/p/D5CEXT

So what makes them strong enough the brake insect cuticle, which is essentially the same material? The spider takes advantage of a wide range of the available chemical and structural modifications in its cheliceral fangs. One of the secrets are the metals. The tarsal claws, chelicerae, stings and other tools of arthropods contain extraordinary amounts of heavy metals (e.g., zinc, manganese, copper) and halogens like bromine and chlorine. Those Metal–halogen biomaterials are widely distributed, especially among arthropods. The functions of the enriched structures suggest that metal–halogen biomaterials enhance mechanical properties. It is likely that they affect the behavior and ecology of the large fraction of arthropods in which they are found (Schofield, 2005). For example, leaf cutter ants may delay leaf cutting until zinc has hardened their mandibles (Schofield et al. 2002). The same effect may apply to tarantula fangs, as shown above. Other secrets of the strength are the chitin and its structure, the proteins and the water content (Politi et. al. 2012). 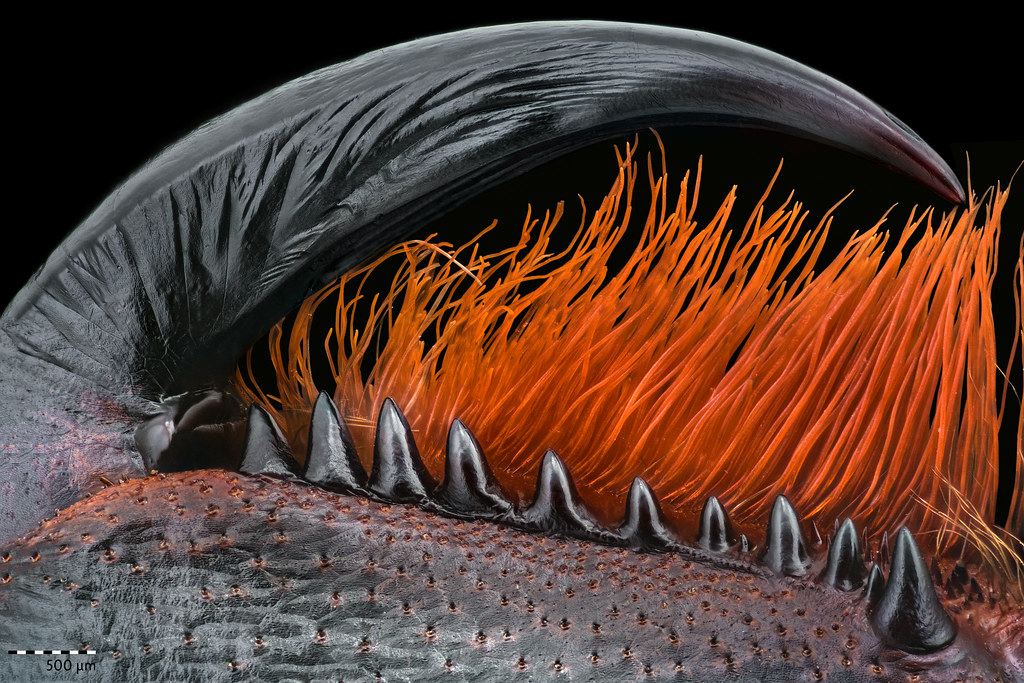 Your pics are AMAZING!!