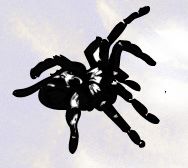 This order, with shipping by courier included cost me 302,50€, without including the shipping costs: 272,50€. They didn't ship the Tarantulas until May 9th, and they arrived at May 10th. The reason for the delayed shipping was that the temperature at night was to low, however they relayed updates to me every week until delivery if they would ship or not. This to me, shows a care for the animals they sell.

The packaging of the animals was superb and, when I opened the packages and rehoused the spiders, not single spider was lethargic, each and everyone of them was alert and eager to get into their enclosures. Not a single spider was dead on arrival either.

All in all, buying Tarantulas from spidersworld.eu have been wonderful. The communication was detailed and on point and the animals were all healthy. I would buy Tarantulas from them again.
2 members found this helpful.
Read more…