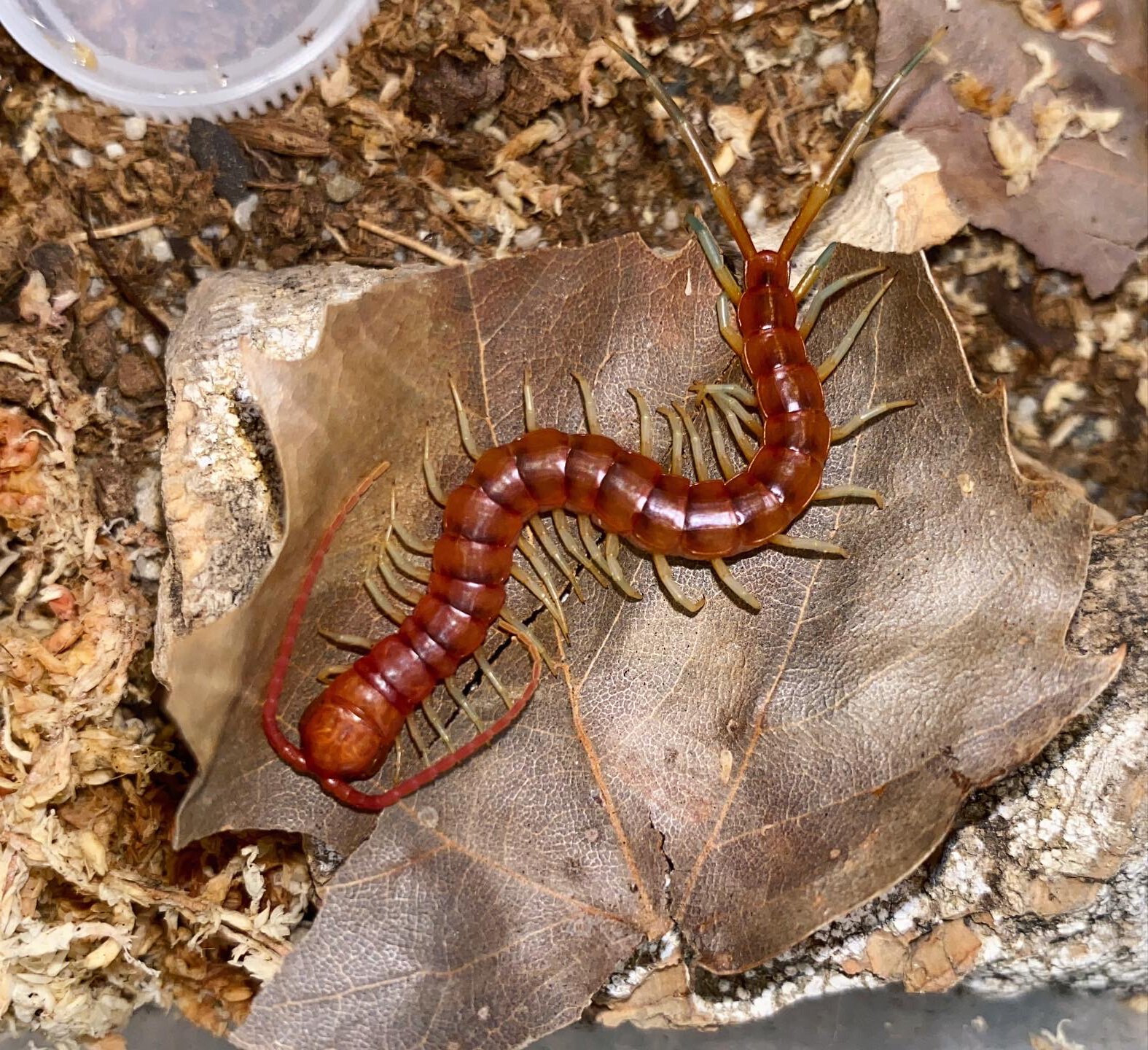 From the Wikipedia entry.

Been chewed on multiple times, so here's my 'feelings'

Circumstance
Was handling a little one that I literally uncreatively nicknamed BITEY as he is BY FAR the one most prone to using his fangs.

I went into the handling knowing he was wanting some fang action, as he usually does. But he is getting better in terms of handling. However, after being bitten a few times before, this one was the most painful. He bit me right between the finger, in the web area between your fingers which I've googled, is the " interdigital folds" . Usually, it's on the fingers, this time he snuck himself in there and got me.

Symptoms
Quite a bit of pain and aching in the local area. My hand got red and very mild swelling. While it hurt, unlike the other bites, the next day I could barely feel any lingering effects. I've been bitten where you can feel a slight sting for the next feel days like a splinter needing to be pulled. But this one, much more initial pain but didn't last long. I would say the bites are usually 2/10 but this one was more of a 4/10 but most of the pain was about the first 15-30 minutes and 95% gone the next day.

Lingering effects
95% gone the next day

PURPOSE: Educational for people that want to know more about these guys.

Picture attached is of one of my specimens, not the one that bit me.

If it's TLDR, go straight to the symptoms. Thanks.

Also side note: Thoughts on temperament will differ also from one specimen to another, but this is my OVERALL experience.

Handle at your own risk and the risk of the animals. If EVER unsure, just don't handle.

I also submitted a bite report for a 9+ inch S. Galapagoensis
So after YEARS of trying to get my hands on these beautiful Peruvian giant centipedes (S. Galap orange, black form, white leg sp), especially this one which was sold for a long time as Scolopendra Gigantea (they sure get the size), I was able to and got a few....more than a few I'd say. I'm huge handler as I feel certain perspective of pet ownership and understanding the animal can only be found out with a hands on approach. My handling is about once a month, some specimens I handle more often depending on their reaction and disposition. I don't poke, I just let them chillax on my hand. No loud sounds, I don't dig them up or drag them out, I just put my hand in, gauge their reaction and I actually let them crawl on me. That or pretend to be a midnight snack and pull them up when they hook onto my fingernails, which I should trim one of these days. The very first specimen I acquired about six months ago. I recently acquired a few more and I'll share a bit of details into these creatures, along with my bite report.

I've handled large 9+ inch Peruvian giants right after arrival, but as I like to watch them grow, most of my collection are pedelings around 2-3". Not to mention they live longer and I'm able to control their diet better along with being able to form a tolerance level a bit more during that time. Having these centipedes, in terms of temperament, I would definitely rate them as 'as docile as can be' for centipedes. What does that mean? I'll elaborate more in a second. Their temperament ranges from bolty to simply not giving a darn as I've, again, uncreatively nicknamed one or two as "lazipedes" as they just lay around cat napping and don't mind. They're surprisingly not as responsive to vibrations and small, sudden disturbances as I thought, like tarantulas sometimes are.

Being bit half a dozen times, I come to a certain understanding. I would approach these guys as if they're kids....but instead of curious hands, they have fangs. Like if it was a children's documentary and I were to add a goofy voice-overs to these centipedes whenever I get bit, it would be:
"Can I nibble on you gently, kind Sir?"
"It's slippery so I'll grab on gently with my sharp fangs filled with venom"

Bites from these guys tend to NOT be from aggression, they're surprisingly VERY reluctant to bite unless you're just begging for it. Most come from either they misunderstood you for food, unsure of what you are and therefore, like kids but with fangs, reach out and test the texture, they could be attracted to your sweat like a salt lick to a rodent, can be due to them trying to claw and dig their way out, or can be used if they're losing their grip. I would say, handling tarantulas as well, with these guys, you definitely have to be more alert as they more often use their fangs in such explorative nature.

I also noticed that while most seem to be quick to understand that you're not food, especially after reaching out with their fang, some can be very slow learners like the centipede that bit me in this report. For me, most of the time, I see the bites coming way before it happens. The way they slowly reach out and open their fangs to hold onto what appears to be food.

Another voice-over that I think fits this centipede the most:
"HELP me! HELPme ! OMG My life is in danger help omg NOOO....oh it's food, cool stuff *nom nom nom* "
They're all running for their lives until you shove food in their face. It's almost comical and is something I see often feeding over a dozen of them.

I would say this centipede is a fantastic beginner's centipede due to their size, overall docile disposition, mild venom, extremely easy to feed (they will eat fruits and vegetables too btw and are scavengers so you can feed them prekills and so forth), and best of all IMO...most of them just lay out in the open, even sometimes during the day. This goes for most of the Peruvian giants, not just the SP. White Leg.