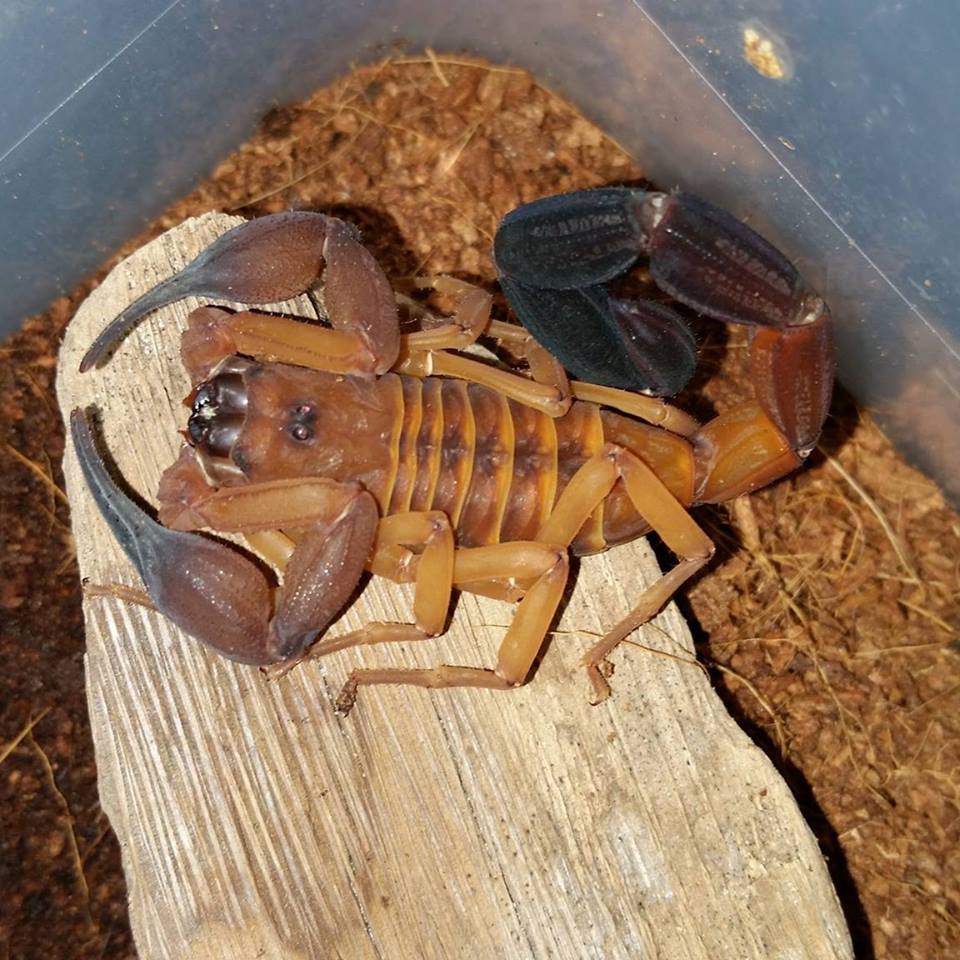 Preferred Method of Contact
Via email address listed below

Pinchers & Pokies Exotics is a small business run by a husband-and-wife team that we started in October of 2012.

My wife (then fiancé) asked if she could bring her son’s tarantulas over to my house to keep them safe. I set the five of them up in my spare bedroom, aka computer room. When I came home from work and was surfing the net, I found myself leaning back in the chair watching the T’s instead of actually working on the computer. At first I was skittish about feeding them and messing...
You do not have permission to view the full content of this item. Log in or register now.
Share:
Facebook Twitter Reddit Pinterest Email Link

Pros
Cons
I recently bought two P. Regius adult females from P&P and they arrived alive. I have several spiders and was adding to the collection, upon moving these two spiders over to their new homes, I noticed one was moving slow. I gave it time to adjust/explore/de-stress in the new habitat prepared for it. I then noticed over the next two days that it didn't present the behavior of any of the other P. Regius I have and, in less than three days, it was dead. The other one is doing well and thriving. My concern is that this was a WC that didn't have proper monitoring for behavior/health before it was shipped. No resolution offered, but they did send a link on how to care for P. Regius. Communication attempted did not address the issue, nor was there an attempt to resolve it. This wouldn't be a seller I would get P. Regius from.
2 members found this helpful.
Great Service

Pros
I had a DOA AND was outside of the LAG and they still worked with me. I only asked for discount was expecting a 5-10% maybe a little more. But they paid for the whole tarantula and I only had to pay for shipping. They are great

can't wait for my new friend to be here

Pros
Cons
I purchased a confirmed female A. Seemani. She is very pretty, came packed well. She has been active and redecorating her enclosure. My son said it was best birthday present ever. I would def purchase again from them! 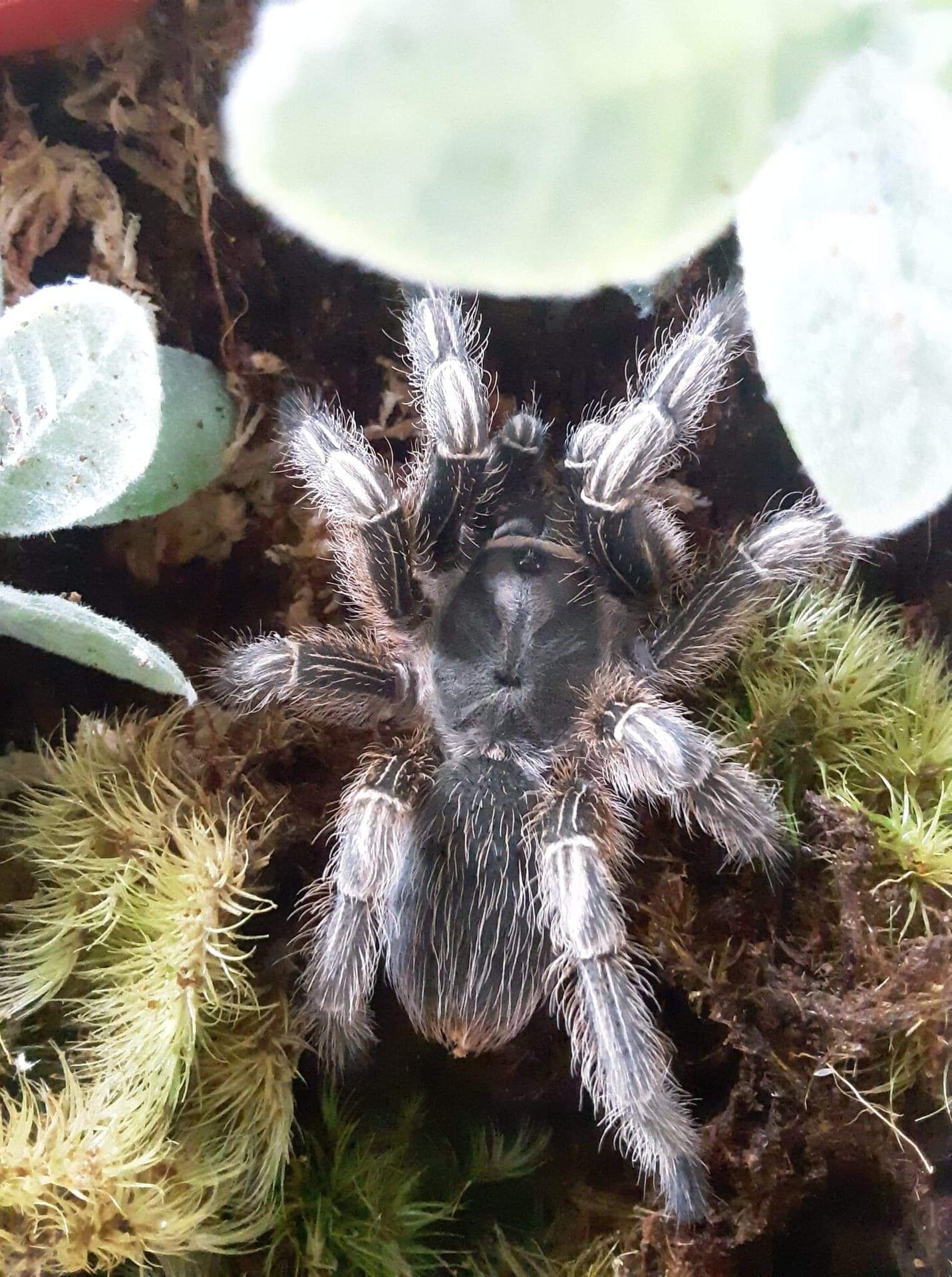 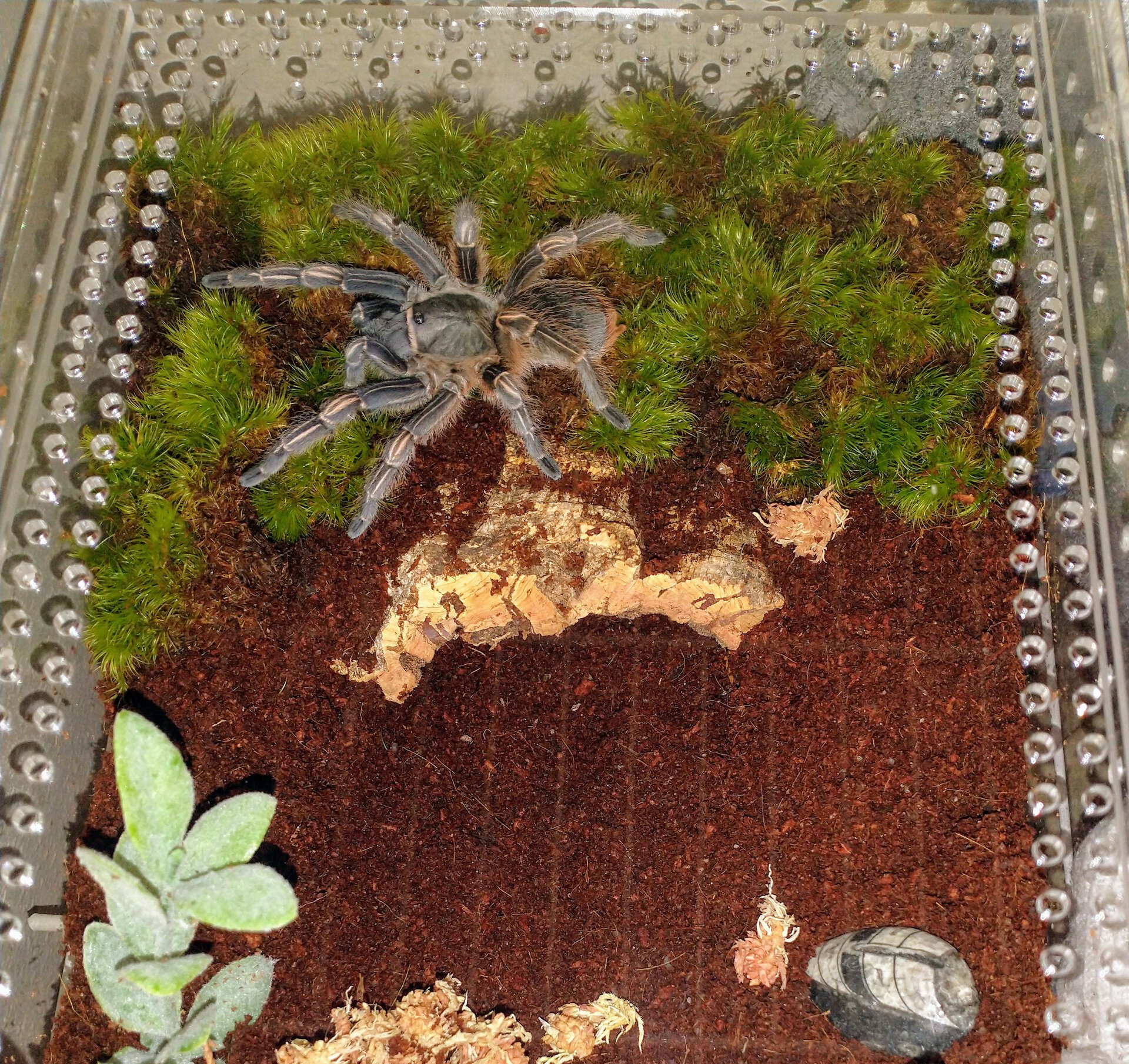 Pros
Cons
I ordered a 2.5" A. Chalcodes on the 5th of October. She's my first T, so I was so excited to get her! I just got her this morning, right on time
She was packaged very well. The container that she was in kept her from bumping around during shipping, but she still had enough room to be comfortable. She looks very pretty and very healthy! She was a little shy when she was first rehoused (which is expected), but within a couple of hours she was out exploring. She's now in her cork bark hide relaxing.
I sent a question through the contact page asking about if the measurements were in DLS. They quickly emailed me back and answered my question.
I would recommend them 100% for getting Ts! Thank you guys for my wonderful Cleo.
Erik is awesome!

Pros
Cons
Bought a p murinus tcf.
Had erik hold it for 2 weeks until i settled into my new home we bought..
Very very long story short.... crap hit the fan and now we gotta deal with this family issue and issue with our home.. i cant even keep my pets with me and family and friends are watching them for us for the next 2-3 months..sucks..
Explained all this to erik.. and he graciously refunded me even though he has every right to say no.. which i wouldnt have been surprised if that happened. I wouldnt had been mad or blamed him if he denied my request. It is stated all sales are final in his terms and conditions.
Lo and behold, erik completely understood my situation and refunded me.
God bless erik. Once everything is resolved with the home and family, i will definitely pick something up!
Shop from him. Hes a great guy!
Lastly, please don't think hes open to refunding everyone. As a seller of things myself.. it sucks doing returns so please dont take advantage of his kindness.
Read more…