Pros
Cons
I found Nuka through advertising both here and on Facebook and to say I was nervous at first would be an understatement. I always get nerves when purchasing any animal from someone new.

I messaged back and forth with Matt for several days, including asking him a question about a T that wasn’t even supplied by him, and he was more than patient with me and my questions - which says a LOT! He was very friendly and kind throughout these messages.

I finally landed on a T. Apophysis and let him know I was ready to pull the trigger. The entire transaction took less than five minutes - and it would’ve been shorter if my Venmo didn’t decide to act like a dingus! From there, he let me know he would provide tracking as soon as he had it available on his next shipping day.

Yesterday, he messaged me with the tracking number and the most beautiful T. Apophysis arrived save and sound today! Alongside the Apophysis, there was a beautiful tiny N. Chromatus sling as well. Per his request, I let him know the T’s arrived and were safely nestled into their new homes.

I have every intention of working with NukaMedia again in the future!
Thanks so much for everything!
4 T. apophysises arrived exactly as planned

Pros
Cons
We see the name NukaMedia Exotics here a lot. Behind their frequent advertising you will find an excellent vendor. I've bought before and would do so again.
Yet another great and positive transaction with Matt!

Pros
Cons
To the point, it's great to hear from particular forum members whether I'm in the capacity of buying, selling or breeding loans and Matt is one of them for sure. The review title says it ALL..... "Yet another great and positive transaction with Matt!" A definite recommend!
One member found this helpful.

Pros
Cons
I first ordered from him on July 17th and then again on July 19th. I ordered 2 tarantulas a Pamphobeteus sp. Machalla tarantula female with a 4” leg span and a GBB with a 2.5” leg span. When the tarantulas arrived they were nicely packed in deli cups within packing peanuts. Both tarantulas arrived live and well. Would really recommend this seller. Will be buying from you again. 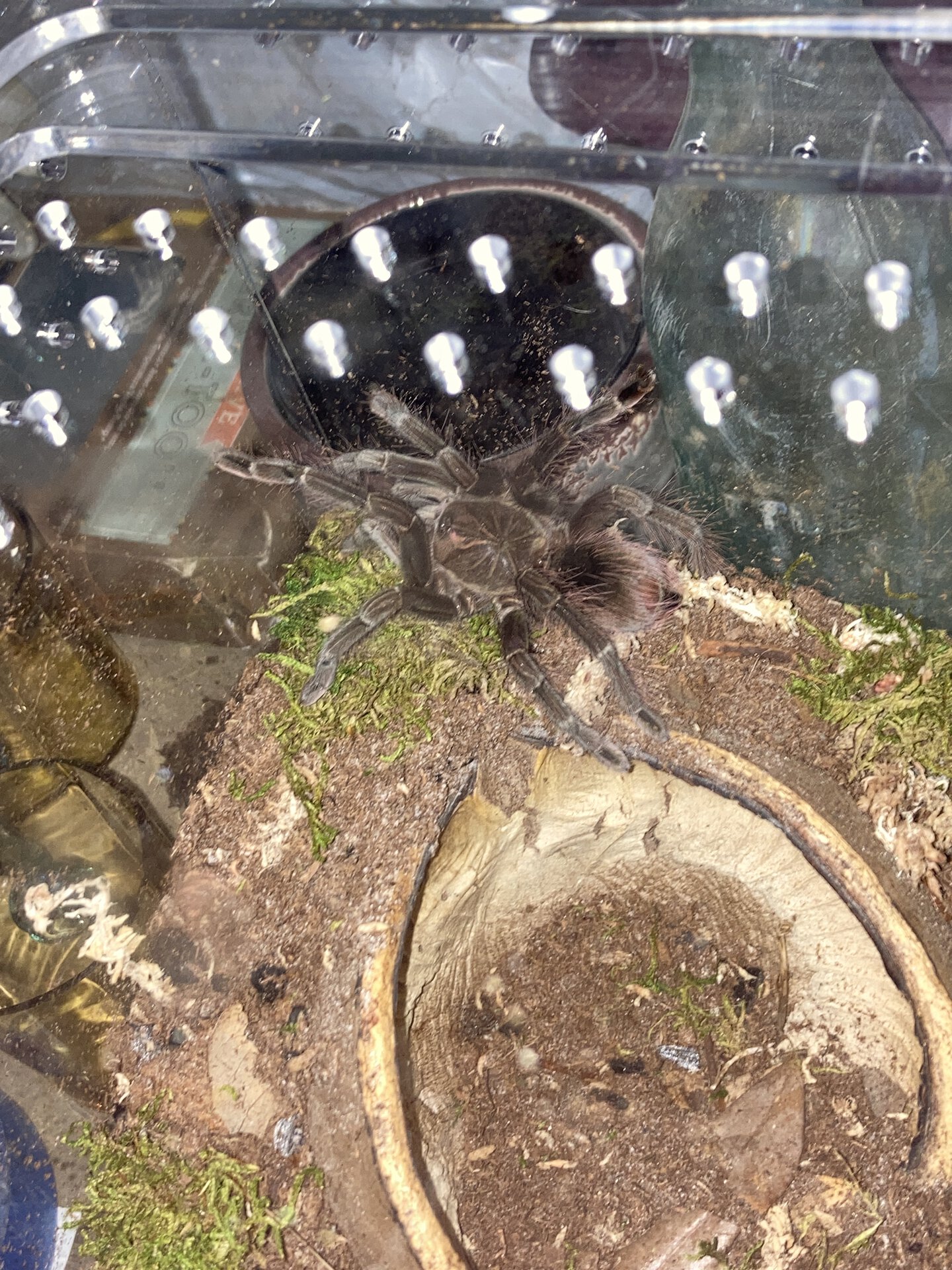 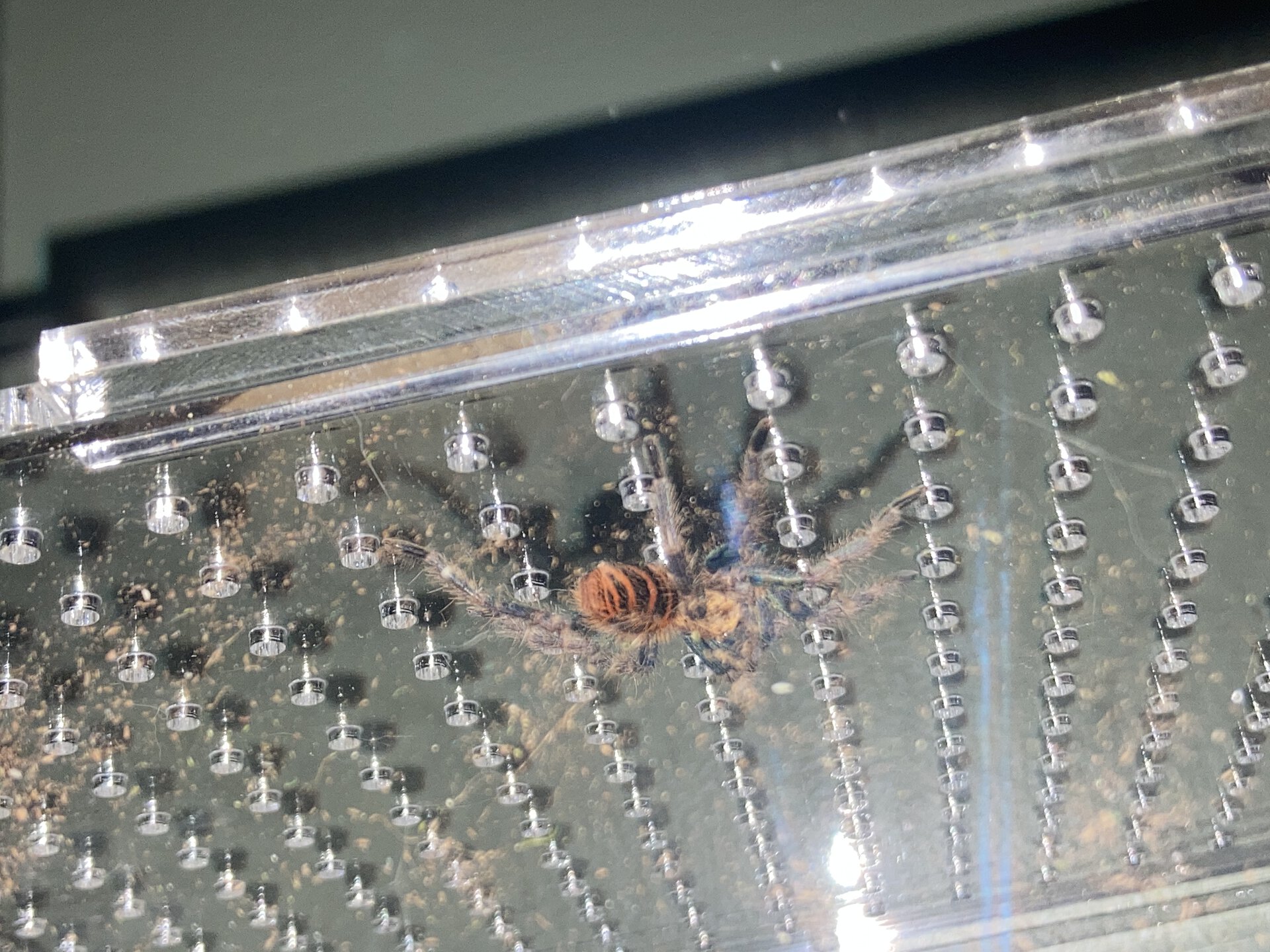 One member found this helpful.

Pros
Cons
Bought my first ever tarantula from NukaMedia Exotics and I couldn't have been happier with my decision. The seller was always extremely quick to respond to my messages, was patient with my {many} questions and with me changing my shipping method, and was always polite.

His packaging of the T was absolutely perfect-- the box was well insulated/cushioned with foam and a soft, fabric material. The T came neatly wrapped in a paper towel in a small condiment cup, so it wouldn't be tossed around in the box, but instead was kept very snug. I don't think there is any way this T could've been damaged in shipping unless it was ran over by a truck lol

The T came out with lots of energy, it looks healthy and active even though it's been on a bit of a trip with the shipping. Couldn't have been happier and would definitely buy from this seller again.

Plus I got a cool sticker with the seller's logo on it!
One member found this helpful.
Last edited: Jun 3, 2021

Purchase Date
I purchased 5 p. regalis at a discounted communal price. Matt was very responsive with returning my messages and answering questions. All 5 were active an I saw 3 of them eating without the first hour of their rehousing. I really did enjoy my experience.

Pros
Cons
The reason for my con was the spiders were loosely placed in the packaging peanuts. There was still enough space for movement. Some spiders were upside down and laying on their side, like they was shifted in transport. The box did not have an labeling identifying that there was live animals, the box was fragile, or a right side up sticker.
One member found this helpful.

NukaMedia Exotics
Thank you! I have since worked to improve packaging, I do label boxes “Live Animal” with right side up arrows.
Great buyer

Pros
Cons
Matt bought some dubias from me, paid quickly, smooth transaction. Will definitely do business again.
One member found this helpful.

Cons
I purchased a Xenesthis sp Bright from Matt during his February sale. His terms of service indicated a LAG so long as I paid for overnight shipping and the weather was between 30 to 95F. The T was $225 base + $50 for shipping. He requested payment be sent through friends and family which is against PayPal's terms of service and unethical. I said I would pay the additional fee to keep my peace of mind.

With FedEx being backed up from the storms, he advised me we would wait an extra week and I completely agreed. I asked if I could have it delivered to my home, which he said was fine. I followed up with him to ask about the shipment date to make sure overnight would actually get here overnight, and he said it would.

He confirmed this week that everything was good and he'd be shipping the spider on 3/16. The package was held in CA until 3/17 and didn't arrive here until this morning, 3/18. The T was DOA.

The Xenesthis was packed HORRIBLY. It was shoved into too tiny of a plastic cup with a very thick napkin surrounding the spider, and another thick napkin stuffed on top. The poor thing was crushed to death in the container - its abdomen was squished, legs folded in at awkward angles, and the napkin was covered in dark pigment. The whole setup was bone dry. The napkin was stuck to its sides when I unrolled it and I cannot imagine it lived more than a couple of hours in those conditions.

I emailed Matt eight minutes after it arrived with photos. He starting making up clauses not outlined in his LAG ToS: "FedEx was a day late, that voids the contract." "You requested home delivery, that voids the contract." Where were ANY of these pieces in his ToS? Or the multiple emails we exchanged up to that point? I asked for a refund on just the sling and not the shipping - as per the contract - and he refused. I've since taken the matter to PayPal claims and he's sent me emails threatening to have me blacklisted from other T sellers, as well as telling PayPal that my T was "supposedly" DOA.

What scares me most is that he said he shipped 100 Ts on 3/16. Finding my Xenesthis like this broke my heart. I sincerely hope the others made it safely, but if they're all packaged the same as he says, I can't imagine they did.

Please, please find someone who cares about their animals and isn't just looking to make a quick buck.

One member found this helpful.

NukaMedia Exotics
I’m very sorry you’re upset, I apologized profusely for the situation. Unfortunately you did not read my terms correctly and still expected me to cover this tarantula... You’re now my only bad review amongst many positive reviews which sucks as I am just following my own sales terms! I have them set for a reason (my terms are the industry standard, most sellers don’t cover delays by the shipping carrier!). I understand it’s not a good situation but the fact that you misread my terms and want to blame me (as well as lying in a Paypal dispute) is just not the way to go about it...

Pros
Cons
I purchased a couple slings and a juvenile female M. balfouri. Communication on the transaction was very good. I requested a photo of the female balfouri and it was provided in a timely manner. Shipping was very good and the animals were packed with extreme care. I would purchase from them again and would recommend this seller to anyone.
Another great and positive transaction with Matt!

Pros
Cons
This review is well over due and deserved. Matt inquired about 4 Ts I had for sale and after I affirmed that they were still for sale and available, he promptly purchased them. As matter of fact, I've had transactions with Matt on two other occasions if not more and he's always been that great of person to conduct business with. Additionally, I was not able to ship his Ts at the stated time (due to work obligations and moving) that I had originally planned and to Matt's credit, he proved considerate of that fact. A definite recommend!!!
Great communication, smooth purchase

Pros
Cons
Purchased an LP and GBB sling, arrived alive and well 3 days later even without the LAG.

Was quick to respond to all messages sent and very helpful providing info on what was needed and then some. Helped me get the best shipping cost and even giving the option to extend the LAG to a 2-day shipment (even though I opted out of it for price). Package arrived late but that was on FedEx not him, and the heat packs provided were still warm after ~3 days in the cold. The slings were well-packed with good insulation and cushioning, alive and well upon arrival. Overall a smooth purchase, would buy from him again.
One member found this helpful.

Pros
Bought a P. Cambridgei 4" for $75, seller responded quickly to my questions and shipped at said time. When the T arrived they were a little lethargic but the next morning they were in good shape. The packaging also came with a heat pad and overall the package was well done.
One member found this helpful.
Top