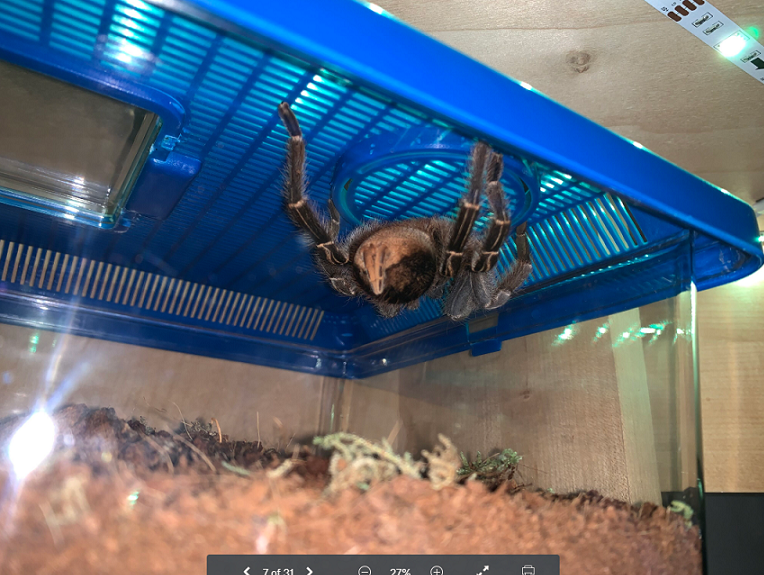 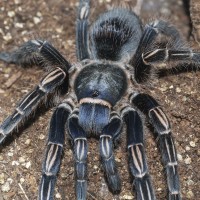 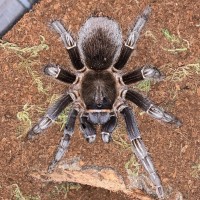 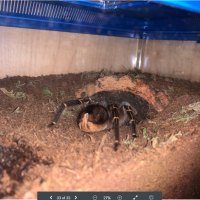 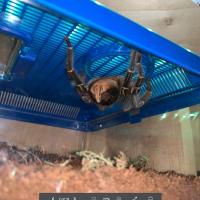 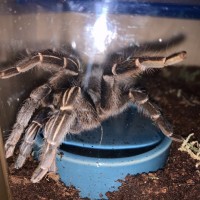 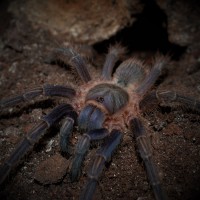 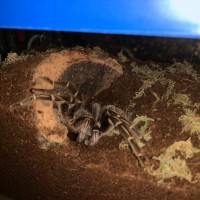 Just glanced over and caught her like this. Nike, why you such a weird ass A. seemanni?
Click to expand...
https://imgur.com/a/dt4Fspk

404 Error: TerrestrialSpecies.exe has not been found.
They take a while to really settle in. My A. seemanni took 7 months before she expanded on the starter burrow I made her. Now she tunneled right to the bottom of 7" of substrate.
They crack me up when they are burrowing. It makes me laugh to see them ball up substrate and deposit it outside of the burrow. Unfortunately mine likes to put the dirt in her water dish for some reason.
That's the typical A. seemanni I know, so it's a waiting game to settle down. Also you should pour some water into that substrate to moisten it. I wouldn't rely on spraying the top substrate, because it's going to dry out in minutes.
@Liquifin I sprayed the substrate when mixing it and also added a heep of shredded sphagnum moss into the substrate to encourage moisture retention. My mistake with her last enclosure was keeping the substrate way way to wet, so do you think my approach will be sufficient for her? I do want her to be comfortable and most of all healthy.
@arachnidgill I'm hoping she'll take to it. I didn't want to take up too much walking space from her since she's 6 inches DLS, so I placed the burrow in the middle of the enclosure with a fairly deep starter hole for her. I'm hoping she relaxes and takes to the burrow. I've had to transfer her twice since I've had her, once because the enclosure was too small for her, and the other time because I had left the substrate way too moist, soggy is the better term, and messed up the vent holes. They were too low on the enclosure body so she could reach the vent holes with her legs, and then make her way to the top of the enclosure where she risked either a fall or getting a limb stuck in the vent holes. So third time's a charm I suppose. But other than her spastic moments, she seems to be taking to the enclosure nicely. And I gave her plenty of substrate to bulldoze when she's comfortable.
@Dman That's what my damn B. albopilosum has been doing for the past week, day and night, substrate in every corner and most importantly in the water dish, where it belongs.