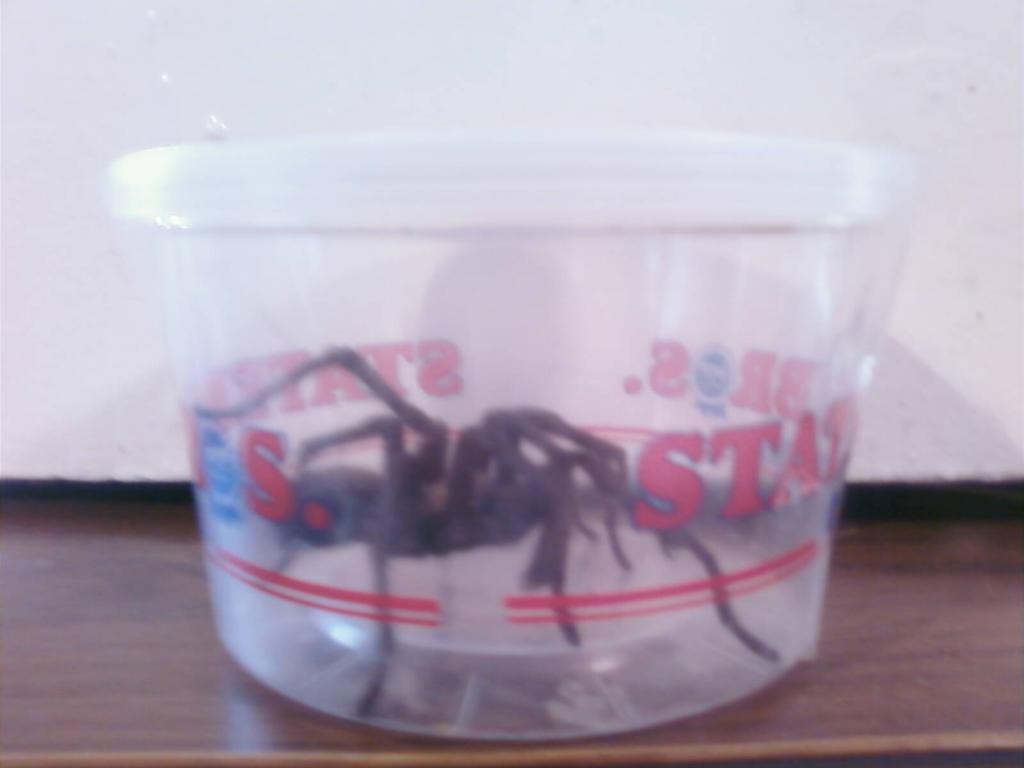 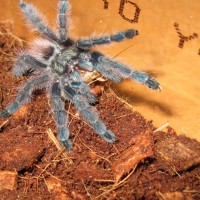 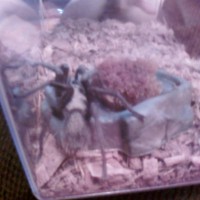 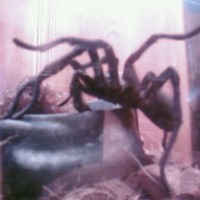 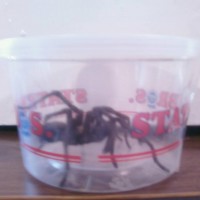 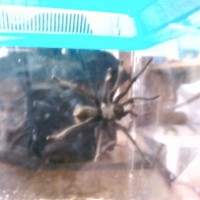 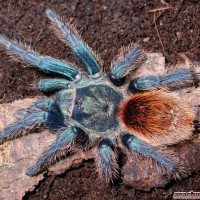 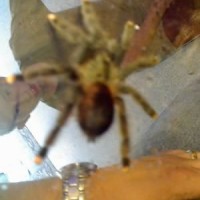 What kind of tarantula is this?

We live in Southern CA and found this tarantula on the side of the road yesterday. It's black and not very hairy. It looks like it has gray on the back and the fangs look red. We don't want to try to handle it until we know what type it is. Help!
Click to expand...
It's a mature male Aphonopelma sp., probably Aphonopelma eutylenum, or "California Ebony" tarantula. Unless you have a mature female of the same species to breed him to, the best thing for this guy is to take him out to the desert and release him, since he is already near the end of his lifespan, and his sole purpose at this point is to mate and ensure that his genes survive. He will be miserable and restless, trying to escape, if you keep him. We do not have any medically-dangerous tarantulas in North America, which isn't to say he won't bite, but he's basically harmless. Still, it's not fair to keep him, and he will only live a few more weeks or months, at the most.