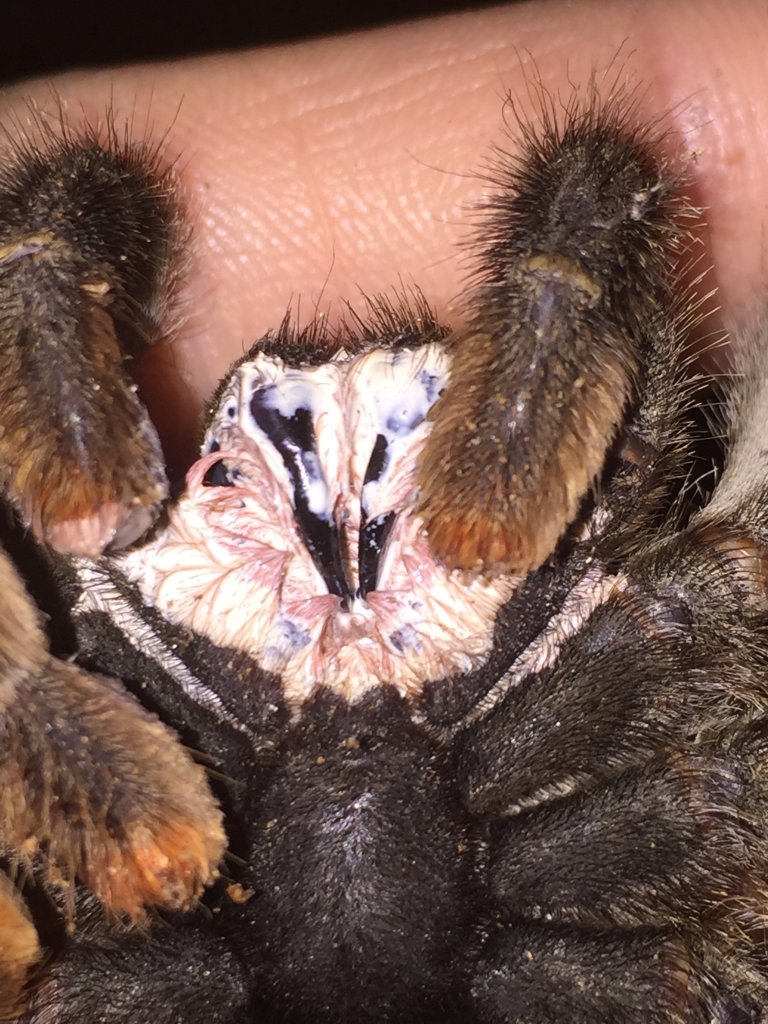 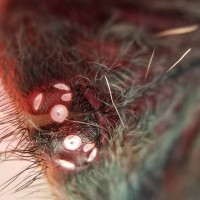 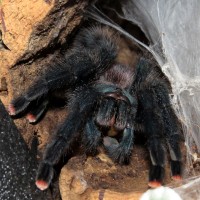 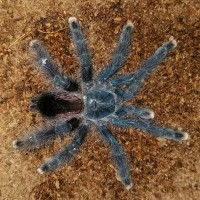 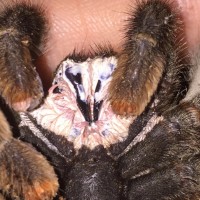 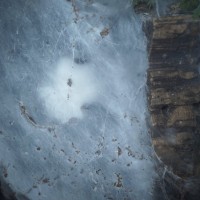 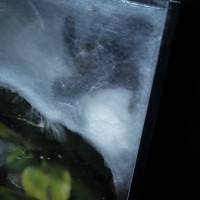 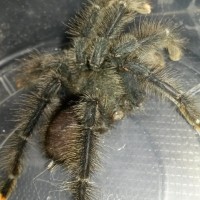 Found this on my A. avicularia's mouth area. Is this hemolymph?
Click to expand...
@Stella Maris Is it as white as the picture shows? Tarantula drool is normally clear, and hemolymph is normally fairly clear as well.
@Ungoliant yes it was a very white liquid, and he was in a death curl.
@boina Do you know what this is? (The only liquid I can think of that's normally white is poop, but it wouldn't normally be caked all over the mouth.)
It looks like the skin is mutated
@Ungoliant I have absolutely no idea sry, but could it be regurgitated stomach contents? I have no idea if tarantulas can even do that but if it's in a death curl maybe it threw up it's last meal or something.
I know my girl sometimes get white spots around her mouth after feeding (I could be wrong, but I think I notice it more when she eats larger roaches), but it's as simple as her grooming herself to get rid of it. I've never seen it to that extent though. That really doesn't look good. Could it have been something she ate?
@Ungoliant I had to have him euthanized. I have never seen this before. The white liquid almost reminded me of thin white-out liquid. He wasn't displaying any odd behaviors the last week either, his pedipalps were always touching the ground too.

When I saw him like this today the white mouth liquid was on his pedipalps too, and he was in a death curl position. I've had him for maybe 2-3 months, and he only ate 1 medium-sized cricket a couple weeks ago. He would always refuse food.

Still don't know if he was male or female either.
@Stella Maris sorry for your loss dude.
@Stella Maris I'm sorry for the loss of your Avic.
This is really strange. The only times I've known white fluid around the mouth is in tarantulas with nematodes but there aren't any worms in this pic. Still, was the tarantula wild caught? In that case I wouldn't exclude nematodes even if you don't see them.