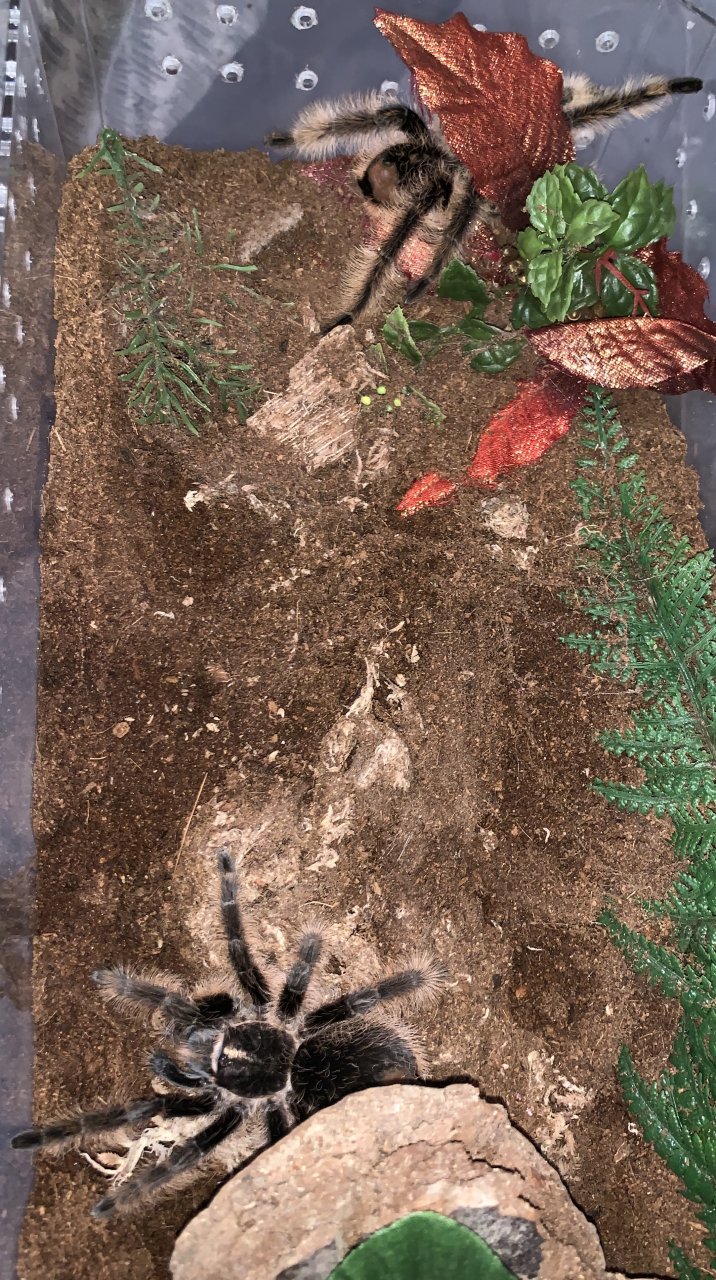 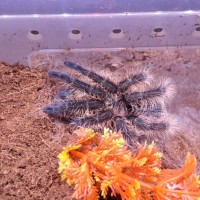 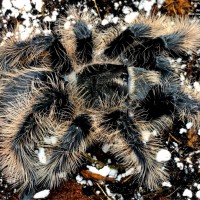 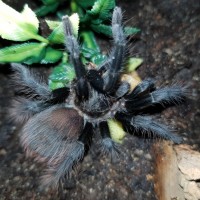 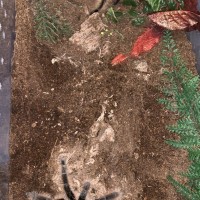 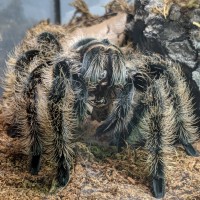 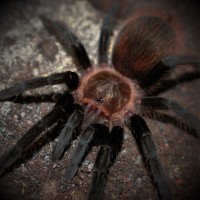 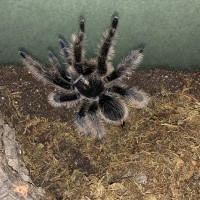 He is a very old grumpy man and she is young vibrant recently matured lady. I didn’t think they would hit it off but I figured any chance at love is worth it right? Wrong.. I think he just lacked confidence and was intimidated by her. I will be looking for a younger more secure male to pair with.
Click to expand...
It's okay buddy, it's normal for your equipment to not work the way it used to when you get older...
I wouldn't use a young male if he's never bred once before. Because sometimes a virgin male T. is very, very cowardly. I'll just stick with what you got and hope for the best. Males typically drum first before the female, so did he drum first?? And was the female responsive??
@Liquifin He was a proven breeder but I think his prime has expired. He attempted to get her attention for about a minute and she just didn’t seem to like him at all. Then he just went behind that leaf and seemed to have an attitude about it.

He has already quit eating so I expected a death curl from him any day but he made the saddest sperm web I have ever seen so I thought, why not try. I am going to let him die in peace because I really don’t think he has anything left to offer to the ladies. Poor dude.

Hopefully I can find a young mature male who has experience today at the expo because she is ready to go. I have another female who should be molting any day now too.
@Drea She didn't drumback?? Then that's the issue. She's not interested, it took me 3 days for actual insertion from my female. If he's still making sperm webs then he's still viable. How large is your female?
@Liquifin "'ll just stick with what you got and hope for the best." I'd strongly go with that advice. Going outside the current love circle, you can introduce bacteria, mites, diseases, and a really aggressive/feisty male that could hurt the female physically (I've seen males bit females), and there is an old saying, "Whoever said there is more fish in the ocean is wrong. This one...you don't throw this one back in the sea. He is a keeper."
@Liquifin she is just over 5 inches. It was late last night and I separated them and went to sleep. I know people just leave there T’s alone together. I have a feeling that if the male attempted to get her attention again and didn’t back off, she would have made him a late night snack without hesitation.

Do you happen to know how long a male of this species lives for after he becomes mature? I received him as a mature male and the person who had him before me received him as a wild caught mature male. So I have no clue how long he has been mature for.
@Drea Hard to say about his age by looking at him. If your female is unresponsive, get him out and try again some other time. Because a unresponsive female is a female uninterested in breeding. So really your male is wayyyy smarter than you think. Even if he drums a distant away, if it's close or within her enclosure, she will know he's there. In this case, your male and female were very aware of each others presence, but your female just wasn't into breeding that day, so it was better for him to go away instead of risking it being eaten. If you try to force it, he's much more likely being eaten by an aggressive female not wanting/interested to breed.
@Liquifin After he went under the leaf, I took him out. They were close to each right now only separated by their enclosures so that is a good sign. I will try again tomorrow. @xenesthis mentioned getting a another male is a bad idea because could be more aggressive and possibly hurt the female but I think in this case, the female is the one to watch out for if the males advancement was unwelcome.

Have you ever had a male hurt one of your females? I have always seen it the other way around and the males are the ones who get mangled.
I believe the female is a little rough on the edges and needs to accommodate the male more if she wants to be more than just herself. Maybe she could let down her guard or soften that turtle shell and welcome his advances. The Gloria Steinem act isn't working too well. A sprinkle of Grace Kelly, Sophia Loren, and Nikki Haley would sure break off the existing cactus needles and allow this very compatible couple to thoroughly enjoy the expression of their relationship in its most fervent moments to come.
@xenesthis umm sorry I don’t know those people, but I don’t think any T species are going to change the way nature designed them to be.

I have only recently attempted breeding projects and I am totally fine if they don’t pair up. I have another male who isn’t ready but should mature in less than a year. So if this one doesn’t result in a successful breeding project, there will be another opportunity.

Besides, there is no shortage of B. albopilosums in the hobby. Unlike those P. aquatics that will hopefully be available a lot more in the US someday.

If my breeding project was something special and rare like those, I would do anything and everything I could to ensure a successful pairing. But a basic B. albopilosum..... not worth that much effort and those are everywhere.