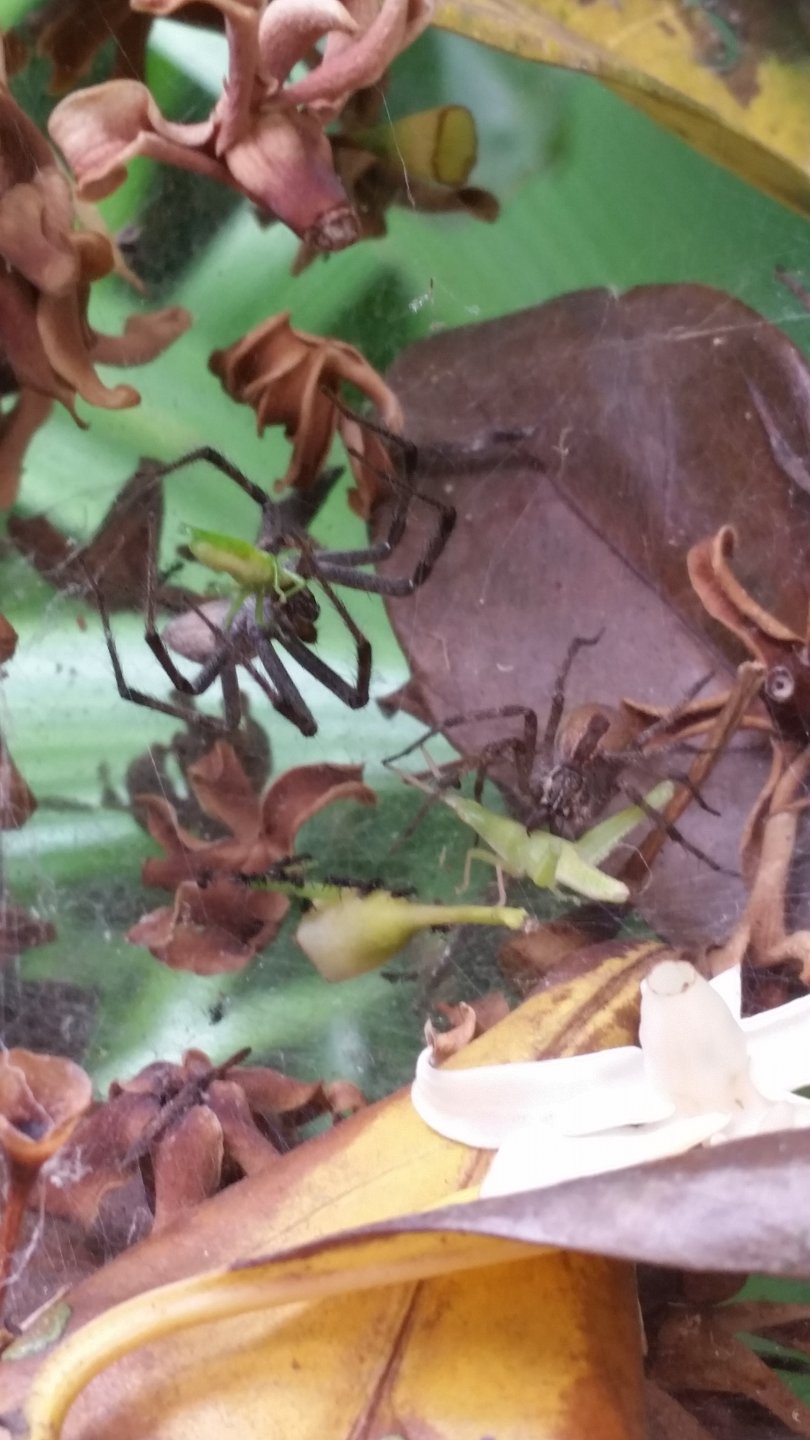 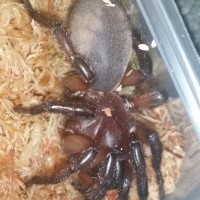 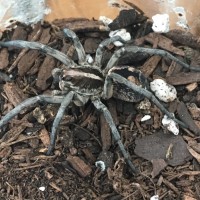 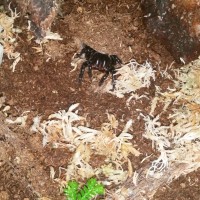 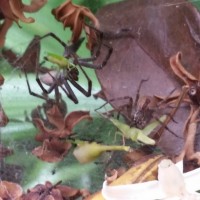 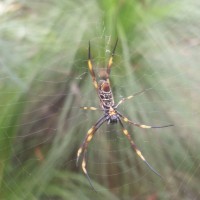 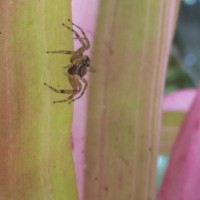 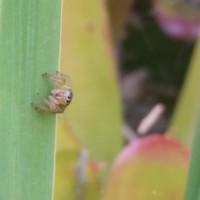 Never seen anything like these. The web was a big sheet full of debris and uneaten insects, and ants were all over it yet the spiders were unbothered. There were 3 of the spiders in the one web. But it's their behaviour that is intriguing.
Click to expand...
Normally in a true spider communal situation there would be a large female and a tiny timid male in the corner of the web. But the male here was larger than the females and was quite aggressive and dominating. After one of the females came for a grasshopper I threw in the male immediately rushed out, pushing the female away and chasing her back into the hide before returning for the grasshopper. She was very submissive and when a second grasshopper was thrown in she came for it very cautiously, trying not to disrupt the male while he was eating. Ants were able to freely walk over the webbing and from the amount of uneaten insects it almost seems like they are trying to attract the ants. The ants also showed no aggression towards the spiders, only the grasshoppers I threw in. I have no idea what to think about this find
On a second inspection of the garden I found that there were 5 more webs all exclusively on the same tree, only at the bottom. I'm assuming this is to maximize the amount of debris captured in the web? All webs had at least 5 uneaten spiders or insects scattered across it, and all were riddled with sapling ants. I even observed several larger tree ants walk across the web, right up the spider's fangs, and neither showed any interest in each other. The male spider in each web displayed the same dominant behaviour, aggressively defending the first insects thrown into the web from the females, only leaving the later, smaller ones. I am planning on setting up a large habitat where I can take them home and observe them properly.

Far out this sounds just like a Helena Explorer note
Really interesting! please keep posting this (or a extra threat)