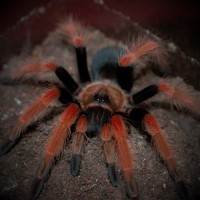 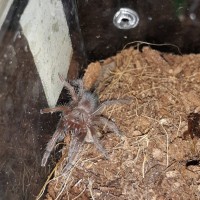 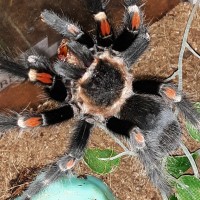 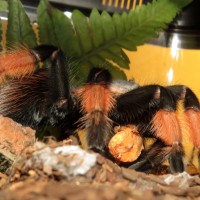 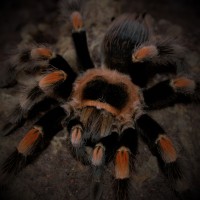 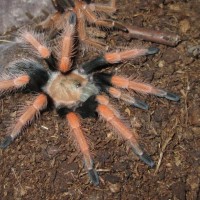 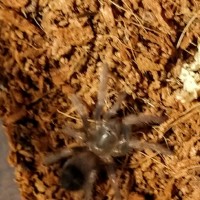 I put a baby carrot in Petra's enclosure to lure out the dubia roach that was hiding out of reach. After eating the roach, Petra went for the carrot. To my surprise, she spent over two hours feeding on the carrot, and when she was finished, it was less than half its original size.
Click to expand...
This whole fruit and veggie thing is very interesting. I wouldn't have thought she would actually eat it. I can see them drinking from fruit, though.
@VanessaS I was sure she'd drop the carrot once she figured out it was not a bug, but she had it in her mouth for over two hours, and when she was done, the carrot was at least 50% smaller.

She has a full water dish and had already eaten at least one roach, so I am not sure what about the carrot made her want to eat it. It may have smelled like roaches, because I removed it from the roaches' feeding dish. If she touched the carrot and caused it to roll, that may have triggered an initial prey response.

I know that experiments have demonstrated that spiders can taste sugar, and some spiders (mostly salticids) have been observed consuming nectar and other plant matter in the wild (in addition to their normal diet of insects).
Maybe the carotene will intensify here colors.
@VanessaS I started a thread about this here: https://arachnoboards.com/threads/tarantulas-eating-vegetables-or-fruit.321994/
You could probably tell from notifications I discovered the funny T photo thread for the first time yesterday, but I think this tops just about all of them. Even my arachnophobic brother was amazed and had a chuckle over this
Mine! Take my carrot away... I WILL bite you.