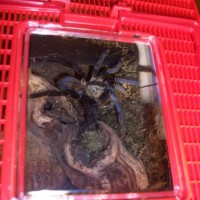 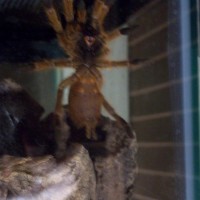 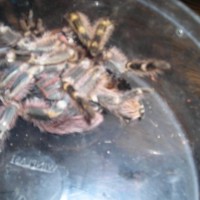 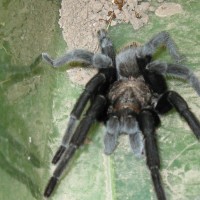 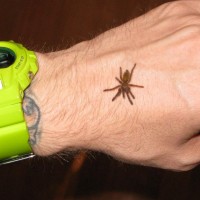 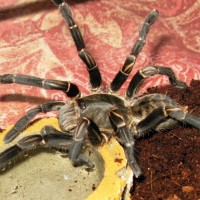 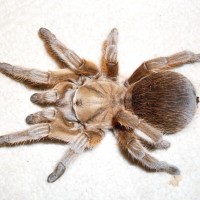 Found in a house in southern texas, was wondering if anyone had a species and sex possibly?
Click to expand...
I have more pics, anyone know how to link them to this one?
Kinda looks like a Brachypelma schroederi male..., but dont put all your money on that.
I highly doubt that it's Brachypelma considering that their not common in southern Texas. My guess is Aphonopelma spp. Probably A.hentzi and look's like a mature male.

synyster said:
I highly doubt that it's Brachypelma considering that their not common in southern Texas. My guess is Aphonopelma spp. Probably A.hentzi and look's like a mature male.
Click to expand...

Ur probably right, i am not a new world fan but it kinda looks like the mm B. schroederi i had...
looks like a MM aphonopelma of some kind to me.
guys cmon,

As there is ONLY the genus Aphonopelma sp for ANY tarantulas in the USA, then of course its going to be an Aphonopelma sp. If you give an EXACT LOCATION, then maybe some with experience of the native species there can narrow it down to a couple of likely species, but without sending it to a taxonomist, then your not going to get an accurate identification.

Its a wandering adult male. If you have an exact locality, then it is well worth contacting Dr Brent Hendrixson at Millsaps college MS, or Chris Hamilton at East Carolina University (Lab of Dr Jason Bond), and seeing if either of them want it for a current project they have going on. Otherwise, best to release it where you found it, but not in another location, only where you found it.

> Brachypelma not common in S.Texas? There are actually no other tarantula genera except Aphonopelma in the whole USA ! (except a small population of introduced B.vagans that was established in florida)
> Why guess if you are not 'a new world fan' ?
Aphonopelma hentzi or Anax