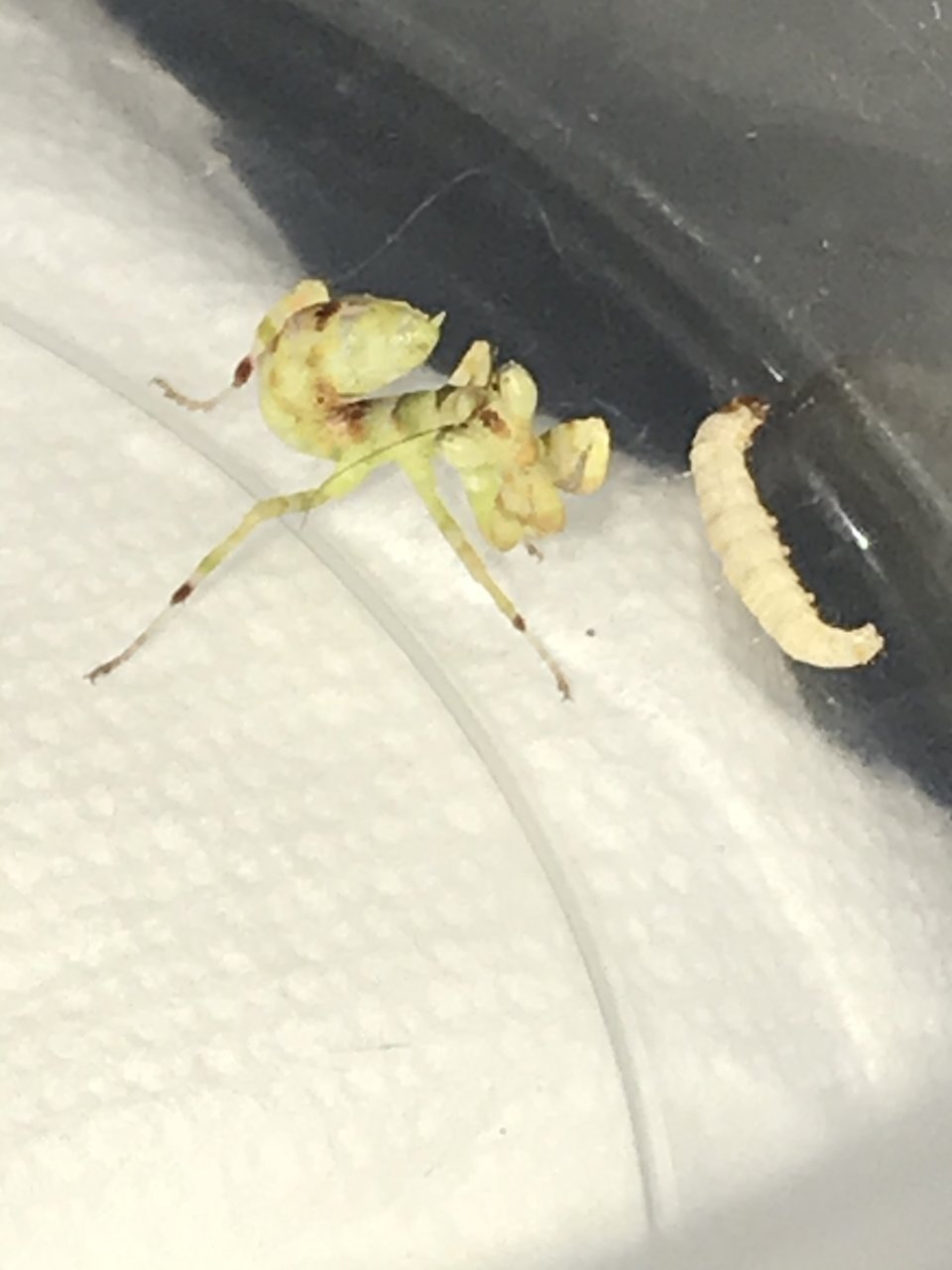 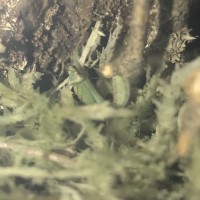 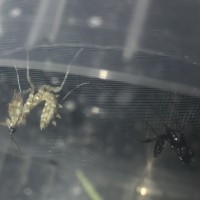 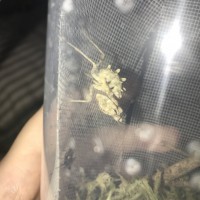 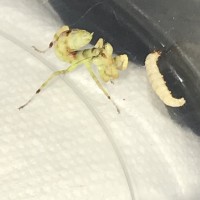 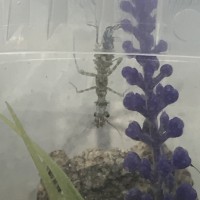 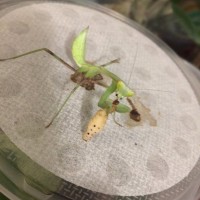 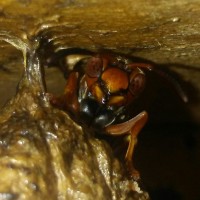 Umm what is this? It no fly

Theopropus elegans (L4 I think) with first waxworm, wasn’t interested lol
Click to expand...
This is the exact reaction my ghost mantids have to wax worms. I swear they look up and say, “What in the world is this dad?”
This little one just had no interest my Malaysian Flower Nymph on the other hand was savage, shame I can’t upload the stalking video here. @MrGhostMantis
Yeah. I’m hoping to do a YouTube channel of my mantids. Sadly I only have 2 species at the moment. Any you favorites I should try?
@MrGhostMantis I’m still fairly new to mantids I just ended up with quite a few (some where freebies though) I found I ended up ordering 2 and would be sent 3.

Hmm species I’ve found my spiny flower super easy and they end up looking amazing (I personally prefer the look of them to Orchids) also Giant Asians are easy no crazy requirements. I think a lot is down to what you want really I tend to like flower mantis but I also ended up with quite a few giant asians although some where free.

my Thistle I only got yesterday and I thought as they’re L5 they should be easier than a tiny Nymph although they’re probably the hardest species I have atm. Only ones I’ve been told to avoid are Devils Flowers because they’re more complicated.
I wish I could get freebies...I will definitely try spiny flowers this year. Also I was hoping to try a Devils Flower because although they take high temps low humidity and can only eat flies and moths, I just can’t seem to get my eyes off them. Someday I would love to produce them. Are you planning on breeding?
@MrGhostMantis I’m not sure yet, I want to see what species I really take to although I am slightly in love with my spiny flower mainly cos they’re adorable (end up stunning as adults) and growing so well. I also like the size of them because they aren’t huge. My Thistle is harder due to the heat they need although at least they don’t need high humidity they actually need the opposite.

Most of the mantis I’ve had so far have been pretty much exclusively flies and moths although my giant Asians are only small, personally I really hate crickets. So if I can feed wax moths I’ll be happier.

The main issue I hear with Devil’s Flowers is mismolts happen a lot especially as they are so highly strung, super beautiful though. I just don’t feel I’m at the point to get one. I also keep jumping spiders and one of those I got recently was more difficult my little Hyllus Diardi although I lost them within 24 hours I think it must have been stress and they molted in transit from the looks of it. I’m debating getting another one but I think I’ll get a sub adult female as they’re more hardly. The one I had before was an L3 which is like 6mm with jumping spiders although I do have some regals that are smaller. So I only want one difficult one at once plus I worry about my cats getting to them if I have mantis that are too big and need special housing.

I think atm I have everything I want although sometimes I will look at a website and think ooo maybe that one next .
That’s basically what I do and I agree with everything you have to say on this. I would much rather feed wax moths than crickets but sometimes as L1 they need the mix of pinhead crickets and fruit flies. I’m thinking I’m gonna get either spiny flowers or orchids for Christmas because they are so beautiful and interesting. I’m personally planning on producing Phyllocrania Paradoxa (ghost mantis) so those will probably be out by the end of December or early January so if you do produce spiny flowers I will be willing to trade a few ghosts for some. Also how is having jumping spiders? Do they get big and is care hard? I just started in arachnids and only have one B.Vagans and a large female grass spider. In housing I have found that large tall food containers or as adults clean pretzel jugs with fiberglass mesh slightly hanging down from the top or paper towels closed on the lid work quite well for molts. A quick word of advice; never use outside materials for your enclosure because there may be pesticides on them that could kill your mantis.

Edit: Just looked at the picture again and, don’t feed your mantis when it’s abdomen is that chubby for it can shorten its life and make it nearly diabetic.
Also if you would like you could make a chat inbetween us and I could answer any questions.
@MrGhostMantis its ok they didn’t eat, its because they hadn’t eaten since I had received them which was 2 days so I wasn’t sure if they where more into waxworms as I have some mini ones atm, This one doesn’t actually eat much really although I’m still waiting on them molting. Everything I use is shop bought with mine I don’t use outside sticks etc I worry they’ll have parasites or other creatures.

Jumping spiders are tiny although it depends on species most common ones kept are regals which max out at 22mm and are the 2nd biggest species. They’re all pretty tiny though but unlike tarantulas they’re speedy and don’t make webs they hunt their prey which is fruit flies with the small ones and goes up to wax moths and blue bottles at the biggest they eat.They’re also super intelligent they learn who their owners are and rarely bite, only bites I’ve heard of is if startled.
I doubt my parents would let me get some but they sound interesting and I’ll have to look into them. How small are they at the moment. Depending on size I can recommend food types. What instar are they too. Also what conditions do you keep jumping spiders in? I bet it’s nothing like my grass spiders bland enclosure which is only a piece of bark to anchor a web. Do they need high humidity? And who supplies your mantids? You being in the UK means that it will probably be no use to me but who knows!