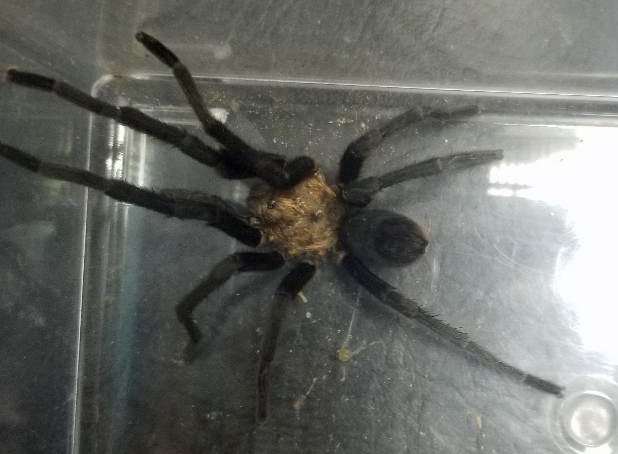 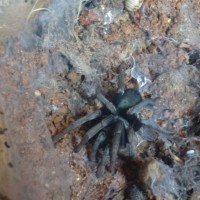 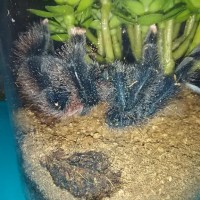 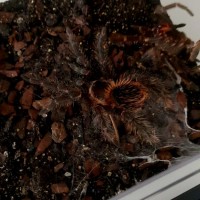 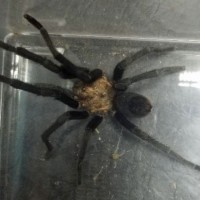 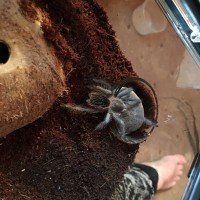 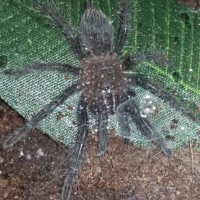 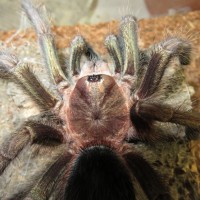 Ok, so I'm getting more of these coming out at the house. I'm sure most of you seen my Black Aphonopelma Gabeli, if you are certain that is what it is. I have just caught 2 more like this one. These have a brown body instead of being all black. I plan on releasing these elsewhere. I will add reply.
Click to expand...
So as the first post is limited for text, I will continue. I'm wondering if these are the same as my Aphonopelma gabeli? Would they happen to be female?? I would think about breeding the male if so and letting the other female go. Any thoughts? If these are not females, then I am going to release these on one of my oilfield leases.
That is 100% a male.
Unfortunately I can't help you with identifying this particular species, but I will say that just about any tarantula you see wandering about like that will be a mature male that's out with the sole purpose of trying to find a mate. Females will be hidden away in their dens, so you are unlikely to find one out in the open.
This one can not be identified to species based on a picture alone. It could be Aphonopelma armada or Aphonopelma hentzi. These two species co-occur in the Midland/ Odessa region and mature males, which this one is, can not be distinguished visually because they look identical. A. hentzi and A. armada can only be told apart by the arrangement of stiff hairs on the inside face of the first coxa which you won't be able to see unless you dissect it off of a dead spider. You are lucky in that you live in an area of Texas which has three Aphonopelma species: A. hentzi, A. armada, and A. gabeli.
Ok, thanks for the help guys. I think I'm going to relocate these away from the house.
I know these guys are not aggressive and they don't bother me or the wife but our 2 yr old toddlers are very aggressive, Lol, is the reasoning behind me relocating them.