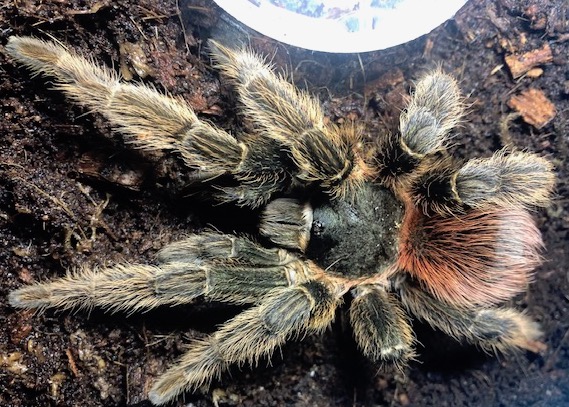 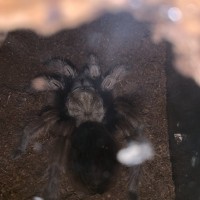 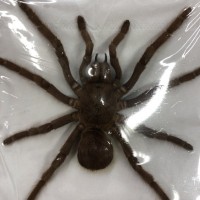 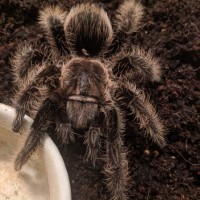 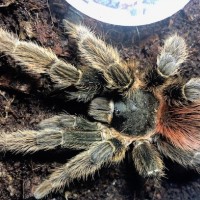 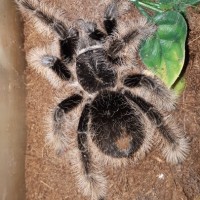 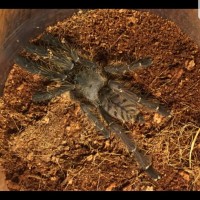 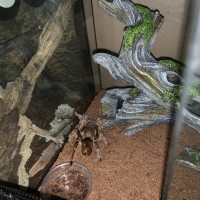 Sold to me as a mature male Lasiodora parahybana...NOT. Either L. klugi or L. difficilis. What say you? Make a good argument for which one species. Thanks!
Click to expand...
Even immediately after a molt, my klugi never has that vivid red setae on its opisthosoma. However, given lighting, camera angles, etc., that is just food for thought.
I say possibly difficilis, looks the the 3 I have in between molts , but Ive never seen a mature male klugi.
I’ve had three MM Lasiodora: two klugi and one parahybana. Doesn’t look like either klugi (carapace on them is grey). Not as dark as my parahybana MM.

@BenWilly , I’ll post a pic of the one I still have, though he’s been mature for a little over a year.
Lasiodora spp. is a mess in pet trade. Lots of individuals that look alike were sold as L. parahybana, L. striatipes, L. klugi.
Tbh, its quite impossible to id or confirm these pet trade individuals.
The better thing you do is label it as it was sold to you and keep it that way. And if you dont trust your dealer and/or cant get any confirmation about the species, dont breed it with others, that you will avoid hybridism.
@Arachnid Addicted I second the don't breed if your unsure statement
@Arachnid Addicted Correct me if I'm wrong, but part of the definition of a species states that two species can by no means create a "hybrid" species- in that separate species are never able to successfully reproduce with each other.
@atraxrobustus I think this definition is still going for some group of animals (or maybe, it is an old one).
Taking tarantulas into consideration, what I've seen is that not only they can produce hybrids but also, some of these hybrids can be fertile, and not because they could be a new species, they are hybrids, period.
The most common examples of hybridism in tarantulas belongs to Brachypelma spp. like, B. albopilosum x any Red Rump, any Red Rump x Red Rump, not only that, there were also P. irminia x P. cambridgei in the past.
What I know is that species from different genus can't reproduce, but if they belong to the same genus, even if their original localities are far enough from each other, there's a chance of the female to drop a viable eggsac.
Hybridism in tarantulas is really messed up, imo, yesterday this guy on Instagram posted a pairing of a B. auratum (or B. smithi/hamorii, cant remember now) x B. boehmei, I dont know if this pairing will ever be able to produce a viable eggsac, but imagine the issues if it do.
Heavy lean now on it being difficilis.