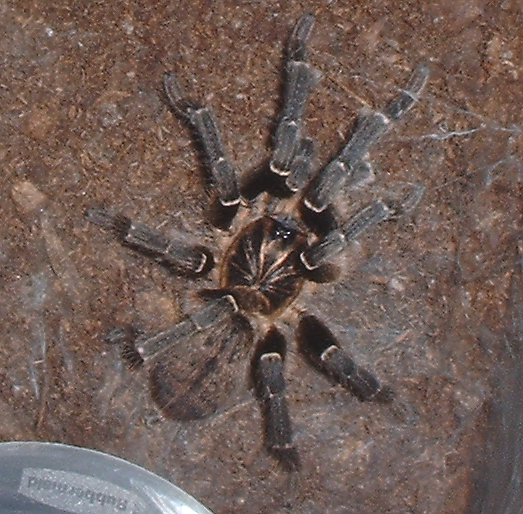 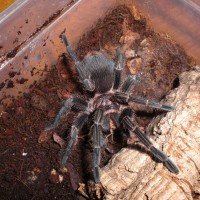 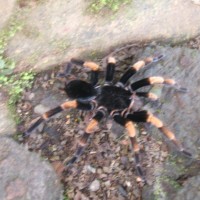 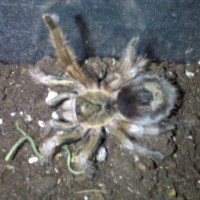 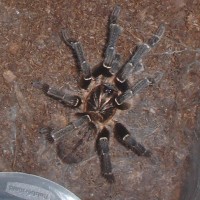 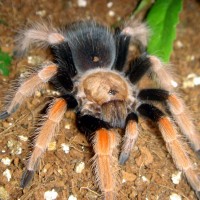 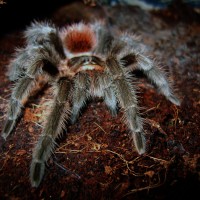 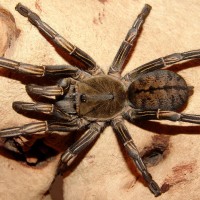 I acquired this lil guy in trade The abdomen striping kind of reminds me of Haplopelma sp...
LS is 3.5", spinerettes are black w/ lateral stripes. He is freshly hooked out and webbing everywhere.
The star pattern on carapace is more of a metallic-gold than shows in the pic. Underside is dark and no hint of any color on femurs.
Ran through a lot of pics, eliminating Haplo. I have a better guess now, Holothele incei?
Looks like a Harpactirinae sp. Try contacting Timo for a more in depth answer.
Thanks! Timo suggested that it's P. chordatus, and that Harpactira sp. is very unlikely due to rarity. It was originally sold to a fellow as a P. cancerides spiderling by an importer, so it is possible.
I don't plan on working with either genus, so he'll remain a virgin in my care till he passes someday.
actually it looks like A.Francki
i would say a mature male P. chordatus.