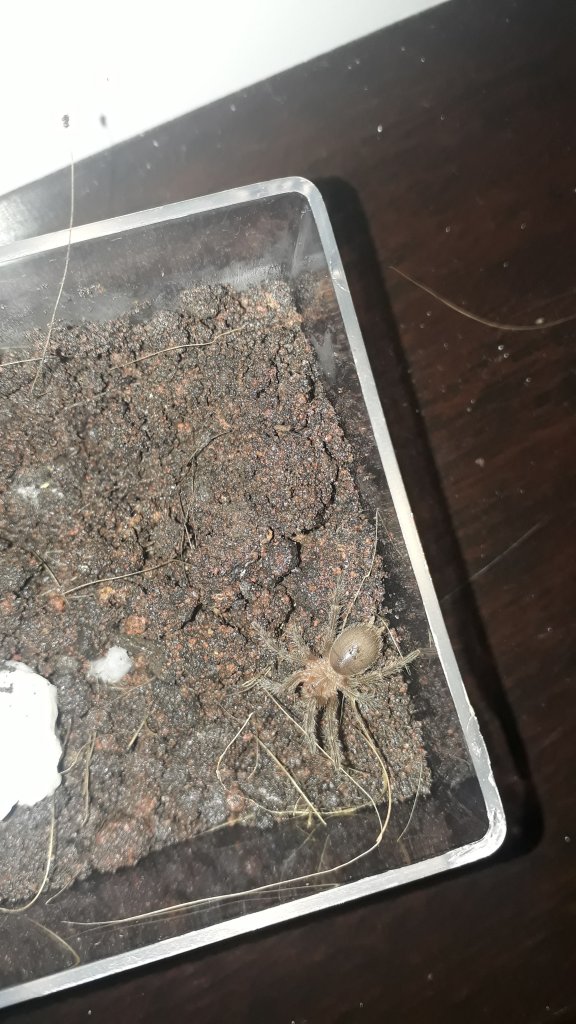 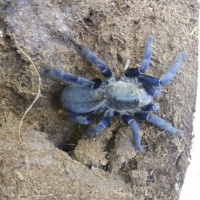 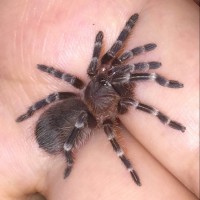 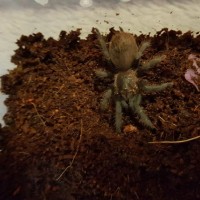 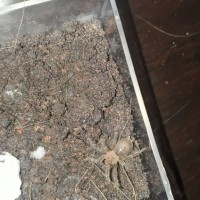 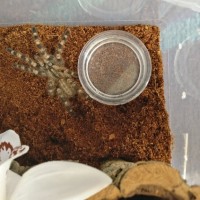 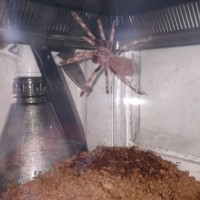 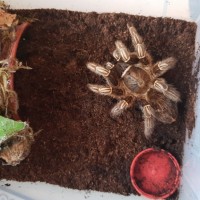 Sorry to say, but slings (especially ones of this size, and especially NW terrestrials) are nearly impossible to identify. You'll just have to wait until it grows.
Yeah I second that. So far, I've had slings of three different New World Terrestrial Genera (Brachypelma, Grammastola, and Aphonopelma) and until they get to be an inch or sometimes more, they all looked exactly like this. Even after that, the differences were subtle.

One way you can narrow it down after a while is growth rate. If it molts semi regularly for the first year (maybe once every month or so), it is probably a Brachypelma of some kind. However, if it takes several months between each molt during the first year, it is most likely a Grammastola or an Aphonopelma. They are both extremely slow growers, especially Aphonopelma (had a two year old sling that was only 1/4th of an inch).

So basically wait a year or so and try again. I know it doesn't sound helpful, but it's the truth.
Where did you get it from and what did they have it marked as?