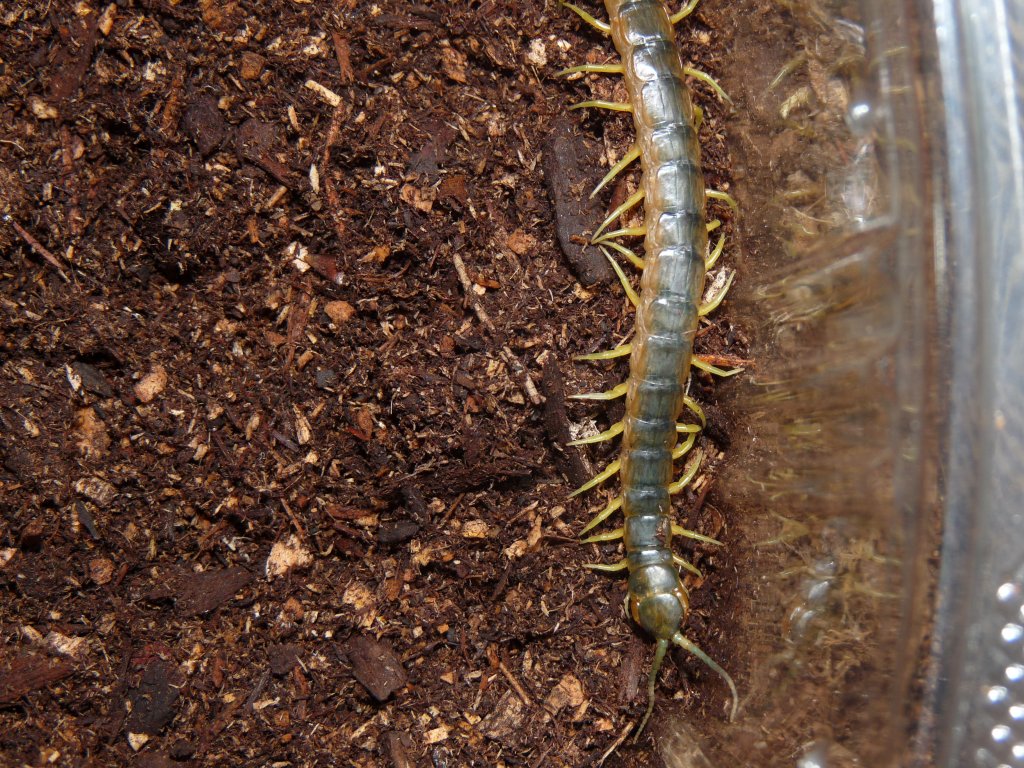 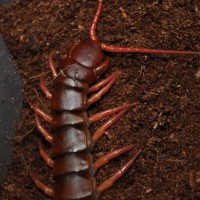 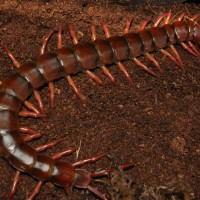 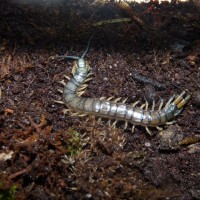 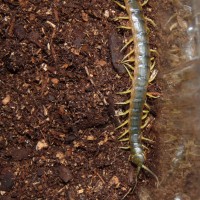 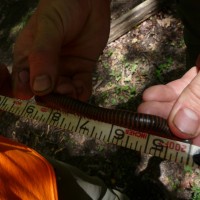 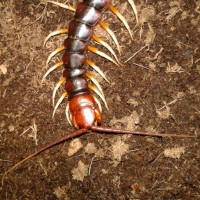 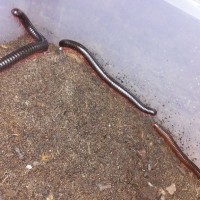 A very cool and decently large Old World (Madagascan) centipede. I believe they're pretty new to the pet trade as well. This one at least takes crickets very well. They look very similar to viridis, but seem to be larger and have more blue-green coloration.
Click to expand...
I didn't realise there were OW and NW centipedes as well! I have an Ethmostigmus Rubripes, I'm assuming it must be an OW species then. How big do these ones grow?
Yes! Old World 'pedes are from Africa, Madagascar (like this one), Australia (like rubripes), Asia and Europe. New World centipedes are generally restricted to South America and island areas, but a handful live in the United States. Not much is known about S. anatarivoensis, but they probably grow to be polymorpha size or larger. This one is between three and four inches; but apparently it has been growing in the care of the guy I bought it from. So it's either fully grown and still young or has room to grow. Which makes me excited. They may also actually be able to swim like Southeast Asian centipedes, as they are generally found alongside rivers in Madagascar.
All very interesting! I have witnessed wild rubripes capturing dragonfly nymphs at the edge of ponds, so I wouldn't put it past them to be able to swim. I think mine is about 160mm long at the moment, still a molt or 2 to go
@RezonantVoid Awesome! Good luck!