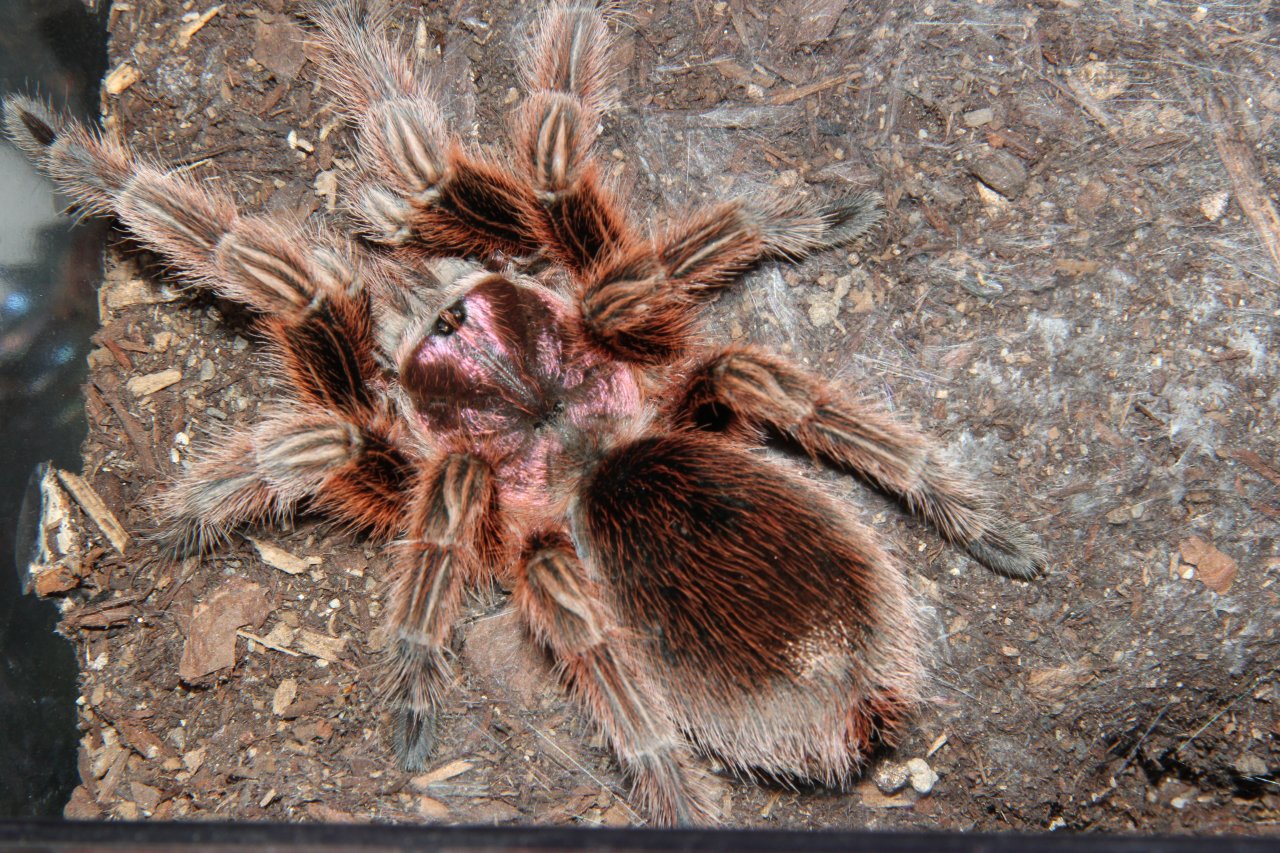 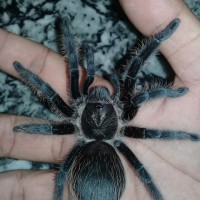 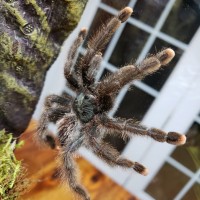 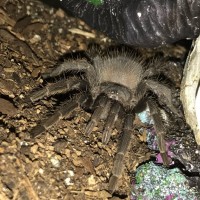 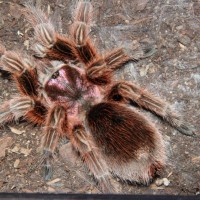 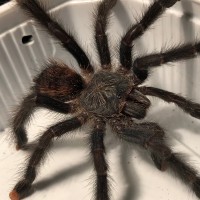 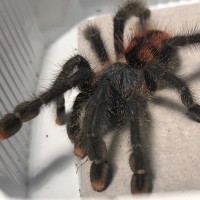 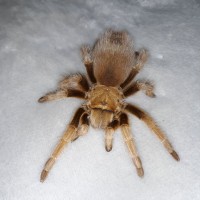 Got myself another AF rose hair (how could i resist it basically for free!) Pics in the add did not do it justice (even mine are not as beautiful as in person)

Any way, i am thinking it is probably G. rosea RCF? i think the shape of scopula on the front legs rules out concepcion yes?
Click to expand...
But they are all the same species
@cold blood i believe do not have concepcion as they have an identifiable scopula feature which this doesn't have. That being said, i recognize that there are many different species not color forms, but Just from my personal collection i could show you about 4 different species/colors
and i know i don't have them all....

if the dark is one is porteri, then whatnis the lighter one? it's not sp. north
i have sp north as well and they are not the same. the one pictured does not have the pink stripes up the femur like sp north. it also doesn't have the orangey/reddish hue of the rosea or concepcion? It does not look like sp cafe or sp albina either.

At the bottom of the rosehair page there is a heading "VARIANT" and then pictures which look similar to this one that i posted.

Not trying to argue with you, just want to get everything with the right name. I am okay with color forms or species (whichever the qualified people decide it is) though i prefer the 'splitter' mentality more than the 'lumper' point of view, because if it has a completely different species name it is less likely to be accidentally crossed/hybridized with something else.
@KezyGLA So porteri is actually rosea, is actually sp. north? Having separate scientific names indicate clearly that they are not all the same species, they just all carry the same common name.
Grammostola porteri have been categorized as a separate species due to having different stridulation organs. So, they are not different colour forms of an identical species.
I had this conversation with someone recently who has paired a rosea and porteri, because they were told they are different morphs of the same species.
Grammostola sp. Concepcion has a much darker carapace than both porteri and rosea.
Grammostola sp. Concepcion Juvenile Male. 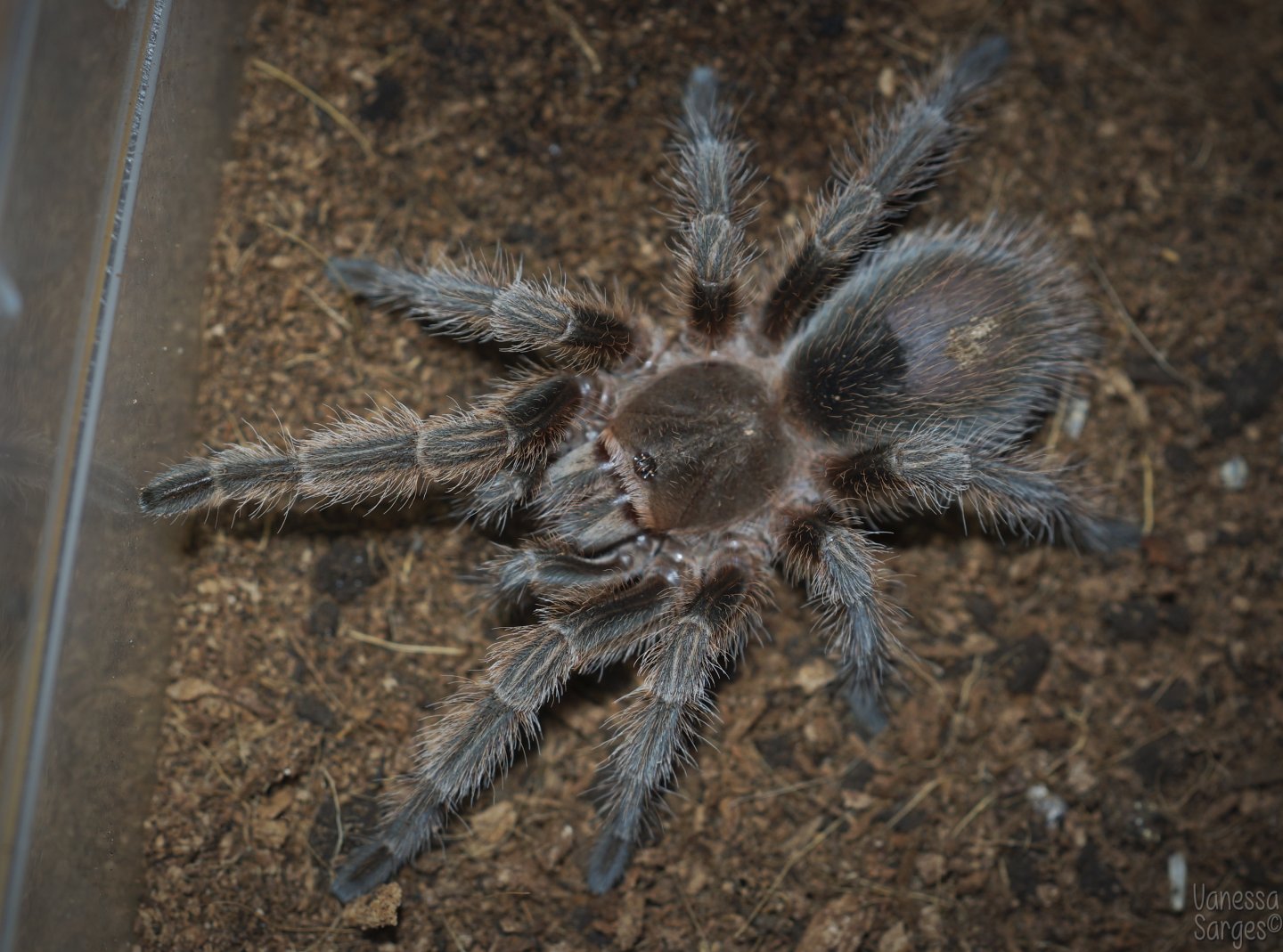 @VanessaS Right. i have also read on site linked earlier (if you click the g. porteri link on the left side of the page) that porteri being a legit species is under review. However i am quite confident that this is not porteri or concepcion for that matter. LOL
@Theneil I followed the link to the Chilean site. Being 'under review' doesn't mean that Grammostola porteri will end up being bunched into the same species as the others. It specified that there was some confusion as to the locale, not the physical characteristics that they have used to distinguish it as a separate species.
The recent changes to Brachypelma smithi/hamorii were due to locale issues as well and they are still very separate species with different physical characteristics.
@VanessaS

Okay. That makes sense, and for the record i am not trying to say porteri and rosea are the same. Just thought it was odd that the species was under review, and since i am not very knowledgeable about taxonomy i don't know how taxonomically significant enough to differentiate species. But again i am a splitter not a lumper. Even color forms i would like to keep separate to preserve them.
@VanessaS One more question out of curiosity. Your concepcion has the unique scopula on the front legs right? Not doubting what it is but here is also sp. cafe on the website with the different species which is more or less all brown.

From website:
"This species differs from the other species of the Grammostola genus found in Chile, due to its highly developed metatarsal scapulas, especially those of legs I, II and III."