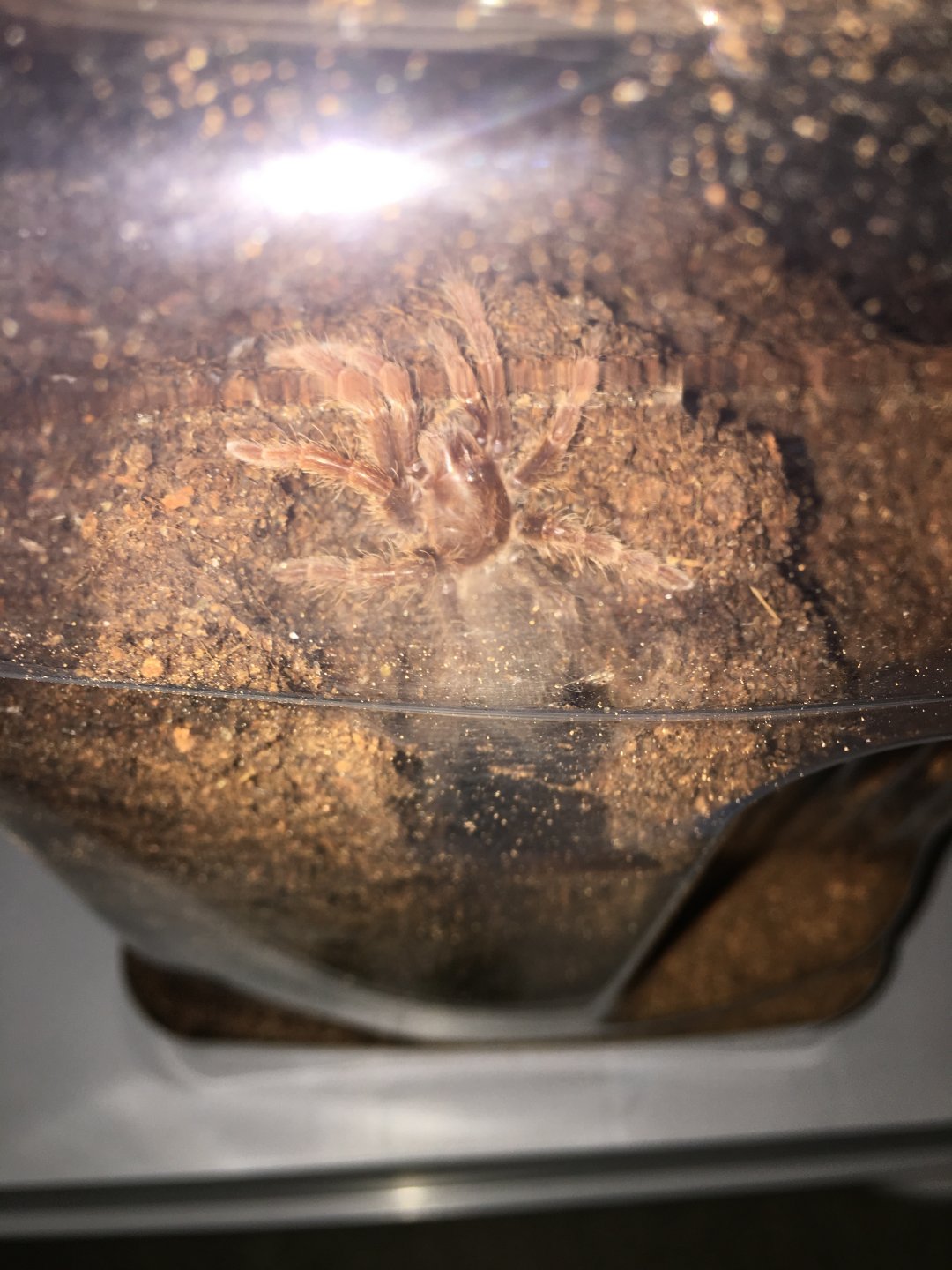 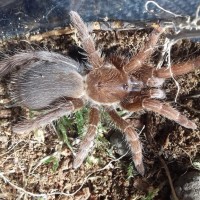 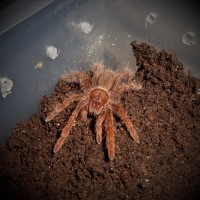 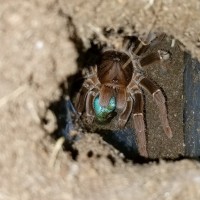 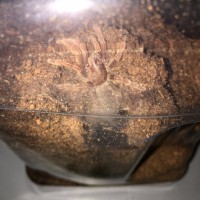 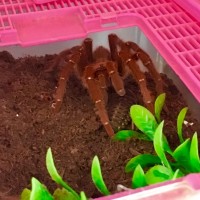 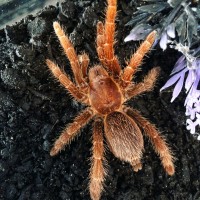 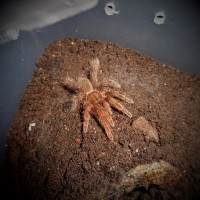 Pretty sure it molted. Don’t know exactly when but it was definitely smaller and less hairy last I got a good look at it.
Click to expand...
The baby murder tank in its natural habitat
Hello I recently added a P. Muticus to my collection. Curious as to what set up you use for yours.
@Venom100 I actually got this before I joined up here, and I didn't set it up the best, but it settled.

I have one of those gallon plastic jars from Walmart and filled it up about 3/4 of the way up with coco fiber. Some vent holes in the lid/around the lid and that was it, with a starter burrow in one corner and a water dish. Starter burrow was straight down. Was wandering around constantly, so I remade the starter burrow (it's to the right of the spider but I don't think you can see it), which it took to about a month later and stayed in there/molted once and then it began the excavations. From what I have read, and from my own experiences with this one, they do take a bit to settle.

The way I'd do it now is same enclosure just with a hide, a bit more sub to start with and a better starter burrow.
@lostbrane ok thanks for the info, I have a sling about .75. I have it set up in a small fossorial set up. With about 2-3 inches of sub. Starter burrow with artificial leaves and ventilation holes drilled around top.