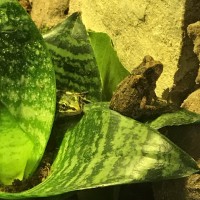 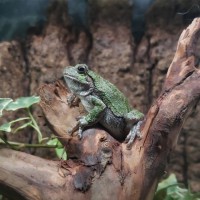 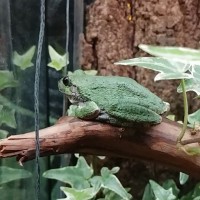 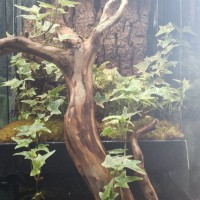 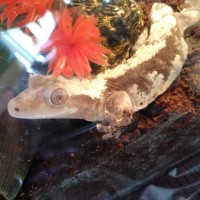 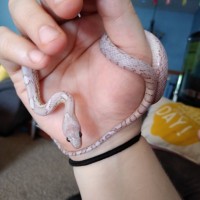 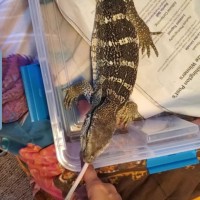 New Addition to the Wall

New addition to the wall
Click to expand...
I like the froog
There's two
@DixonCyder Two frogs?! Is this like a Where's Waldo page?
@Ungoliant I too have spent at least an hour looking for the other one
@RezonantVoid The only other one I see is looks like a reflection.

Is it not a reflection?
@Ungoliant I have no clue. A true dilemma
Help me, @DixonCyder. You're my only hope.
You see the big white female, I assume. Just to the right of her is the little male, in dark green. He was still stressed, he was nearly dead when I found him at work. Dehydrated, and far from water. Then after some recovery, found himself in a paper cup for about 8 hours, with his eyeball pressed against the opening. I don't think I've ever seen a more obvious display of body language. He does not like being trapped in stupid tiny cups.
So he hid in that dark corner for a little over a day before settling in.
This morning, he was snatching crickets from my hand.
I have better pictures of him. One is posted. The other I just got this morning. I'll post it today.
@DixonCyder I thought the green one was a reflection.

Category
Not So Spineless Wonders