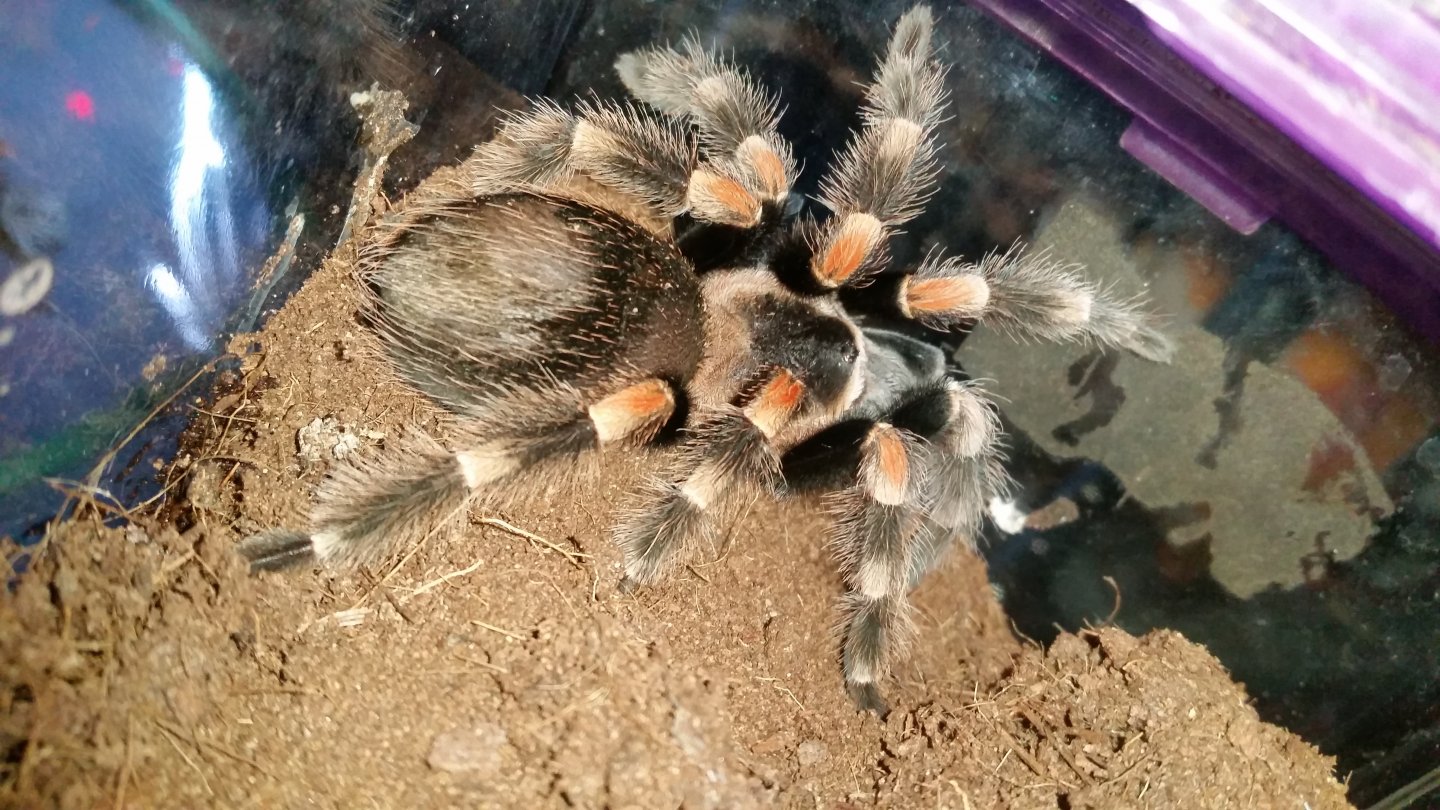 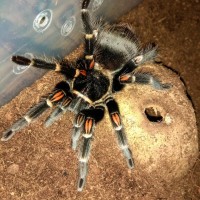 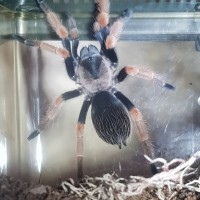 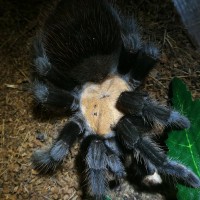 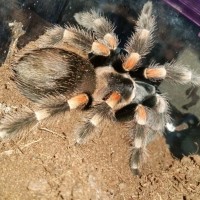 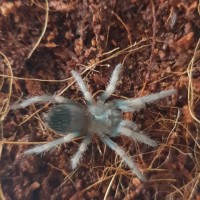 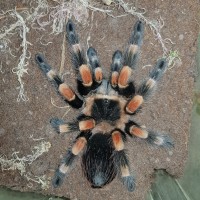 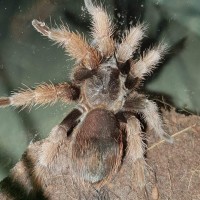 I'd been eyeing this guy at a local Petco for over a month, and wasn't planning on getting him because I highly suspected he was a male. But after the loss of my Hapalopus girl, I finally caved in and picked him up. As you can see, he was being overfed at the store, but he seems healthy
Click to expand...
He's adorable
A fat t's a happy t ! And way to go giving it a place to call home! Who knows what fate it could of had in a petco .no shame to the store or shoppers but in my neck of the woods it could of been bought as a Halloween gag as the local chains just dont care ..your a hero to it in my book !
honestly i wish my male Ts would look as plump and healthy as this. nice buy!
@SuetheBlue I just wish he wasn't such a kicker! There was a very sweet gentleman who was responsible for caring for "her" (he assumed it was a she because of how large the abdomen was), but he didn't know how they should be cared for. He admitted he was a little scared of it and that the speed made him nervous, but he was so proud of how much it was growing. I didn't have the heart to tell the guy that it was likely a male (which I confirmed with 100% certainty after I put him in his transport container), he was ridiculously overfed, and that he was pushing the T to maturity at an insane rate. But now that he's with me, I'm going to try to at least slow his growth to a reasonable rate

@Pernicious I'm sure he's quite happy, but he molted within the last few weeks and he's already that chunky again! I actually thought it was a different spider at first because before he molted, he was only about 2" DLS. He's 3.5" or more now! He'll definitely be in good care. All the employees were afraid of how "fast" he was, so I could easily have seen something going wrong
@RezonantVoid I honestly probably wasn't clear enough in my initial statement. He only molted a few weeks ago (at most a month and a half), so he really shouldn't be that big for fresh after a molt. Plus, he was only 2" a couple months back, and now he's at least 3.5"!
oh nice! he looks bigger than that in the photo, good that he is growing well
@RezonantVoid I actually think he may be closer to 4", but since I can't remember exactly what it was when I measured him, I'm lowballing it a bit. I'm aiming to slow down his growth a bit after his next molt though, or at least make it more normal. He was being overfed and the temps were really high (high 80s, maybe 90s), so his growth was being insanely boosted
i can understand about 32*c being high (thats 90*f) but i would have thought 26*c would be on the spot perfect for a normal growth rate. However, i have been in petshops where they had their scorpions in almost 45*c (104-110*f) so i wouldnt put it past them to stuff up sometimes. either way, great to see him doing well
@RezonantVoid Whoops, my bad! I usually try to use both units of measurement when talking to people from other countries. For some reason, I thought I remembered you being from the US. The temps were more in the 29 to 35 Celsius range. In my care, the temps are closer to 26 Celsius, maybe a bit lower