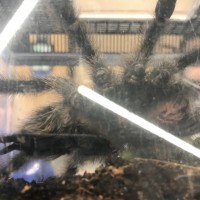 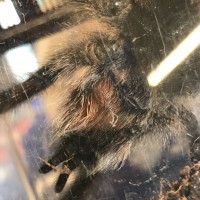 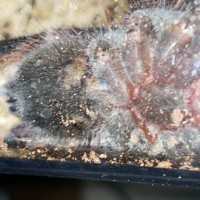 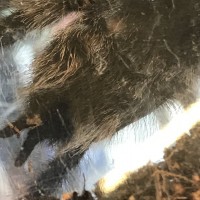 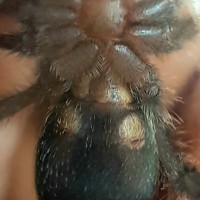 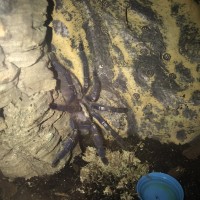 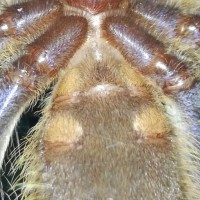 Anyone have any idea what the sex is?
@Eldritch Preacher I am thinking this looks female, but it's not an ideal viewing angle, so take that with a grain of salt.

You say it's mature. If that is truly the case, and it doesn't have palpal emboli, it's a female. On Avics, the palps of a mature male lose their pink tips. A mature male has club-like palps tipped with red emboli. @cold blood has described emboli as looking "diseased"; others describe them as resembling little boxing gloves.

They're unmistakable once you know what you're looking for.

Picture by @Cassiusstein showing emboli of a different species:

@Ungoliant as always you and cold blood are the best. Thank you for the help