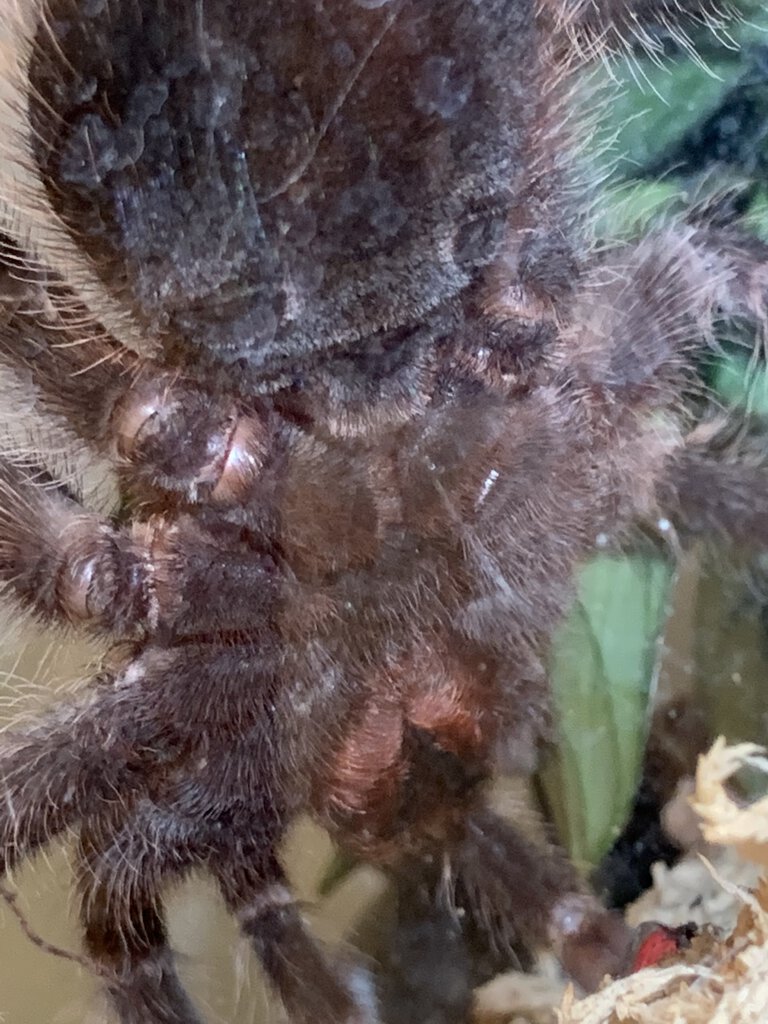 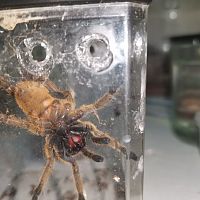 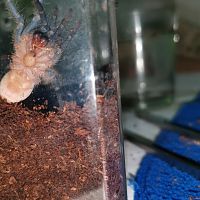 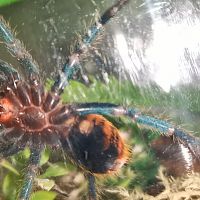 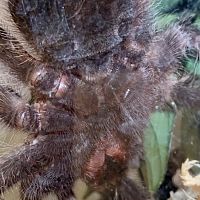 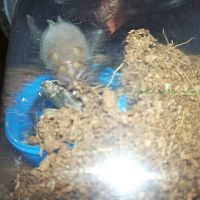 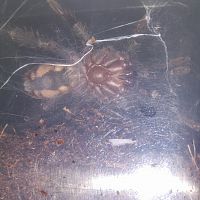 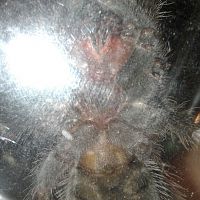 I zoomed in as best as I could, the glass is a bit spotty, thank you.
Click to expand...
Do you know the legspan?
@PidderPeets Sorry I don't, my best guess is 6", it has a 4" diameter ramekin for the water dish and it easily fits across that.
Also, I noticed red at the bottom of that picture. Could that be a male pedipalp thing? I don't know anything else that would be red in the tank.
Then I'm inclined to say male. They're tough to sex ventrally even at small juvenile stages, but yours is well past that stage. My female is maybe 5" but she looks quite different. It's hard to tell what the red part is, but it could potentially be the emboli of a mature male. A mature male will have pedipalps that are more stubby than the rest of the toes, and they will no longer have the toe pads on the pedipalps that they used to have. Additionally, males of this species should get hooks on the underside of their first set of legs when they mature, so that would be another indicating factor. If you still can't tell, you could post another picture of the pedipalps and I should be able to tell you if it's a mature male or not