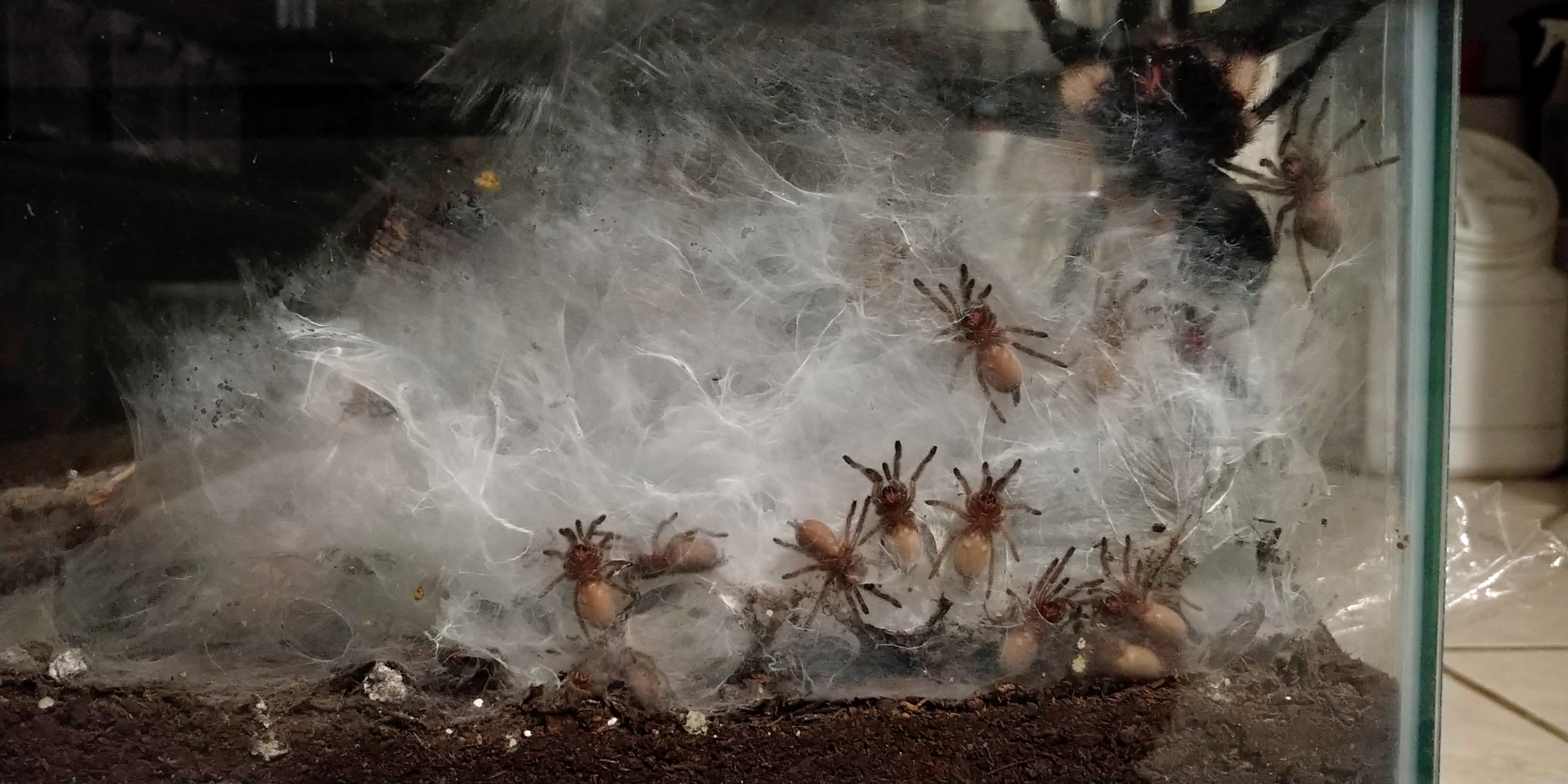 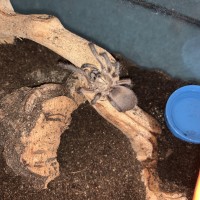 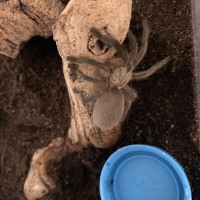 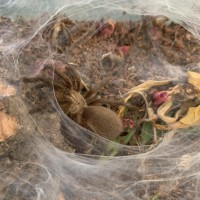 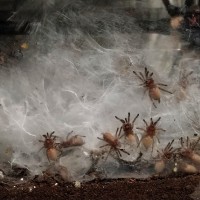 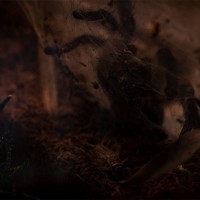 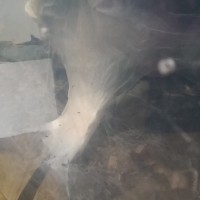 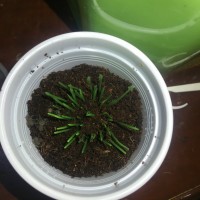 Got my first good look at the brood this morning. Can't see it through the webbing, but there's about another half dozen towards the back.

Sorry for the potato quality - the best camera is the one you have on you, as they say.
Click to expand...
Are the slings from an eggsack that was laid in the enclosure?
@Mike Miller Correct. It would be unwise to do it any other way, especially with an adult in the enclosure. If I introduced the slings to a random adult female, she'd likely take them as a snack. Slings kept apart for any significant amount of time tend to have a higher chance of cannibalism as well.

This thread outlines a particularly interesting story concerning my female:
http://arachnoboards.com/threads/surprise-m-balfouri-communal.312497/
Amazing, must be a sight in person
@EulersK thats what I figured. Awesome photo by the way! I have a M. balfouri that I have kept since it was a sling, and I've probably only have seen it a handful of times outside of its burrow. Truly a fascinating species to watch develop into their adult coloration.
@EulersK how has it turned out so far? Has there been any hint of food hogging, aggression or cannibalism at some point? I am having 5 slings that are sacmates shipped to me this weekend and they're really tiny (about 2cm) specimens.

Also, I'm wondering if I should keep them all housed in a 12oz delicup or just go for a bigger enclosure right away (I have a 6x6x8 acrylic enclosure vacant at the moment). I ask because I'm wondering if its best to keep them in closer proximity within each other for them to be forced to live with each other and be less hostile (I'll just have to pump up the substrate for them to have ample digging space) OR go for bigger one similar to what you have (I get that this allows me to keep them longer without rehousing them right away, but I don't mind rehousing them often, if keeping in a bigger space serves more purpose for them to move around with)
First time I've seen an awesome setup with a lot of spoods in it.
@Justin Lacas So far, so good. I never got an exact count on how many there were, but it's roughly the same. I unfortunately had an incident that caused a small chunk of my entire collection to die off, and I'm sure they were affected as well. But in the terms you were mentioning - food hogging, aggression, etc - none of it. If I find that there is a skinny individual, then I simply feed again. The skinny ones will be more voracious eaters, so they fatten up quickly.

I actually don't want to give advice on your setup. It's not me being rude - it's me not knowing what I'm talking about. I ended up with this communal completely by surprise. If I had to guess (again, this is an educated guess), mine seem to be doing fine in a larger enclosure. But then again, they also have Mama T around to keep them in check. I wouldn't go crazy and put your tiny slings in a 10gal like what I have, but I think a 5gal with plenty of webbing anchor points would do the trick.

If I were setting up a cold communal (like you are), then I would do a 5gal and keep a close eye on them.
@EulersK Good to hear of your success on this communal setup. I hope you and your Ts are bouncing back well from the incident.

I will go with the delicup for the mean time. Hope my 5 slings will thrive as well as yours, I'm expecting them to arrive tomorrow and I am already excited setting up their enclosure tonight
@Justin Lacas Just as a heads up, if you intend to set up a communal, you're going to want to do it immediately. Slings kept apart for any significant amount of time can't be put back together reliably. There are always exceptions of course, but your chances of cannibalism go up significantly the longer they are kept apart.