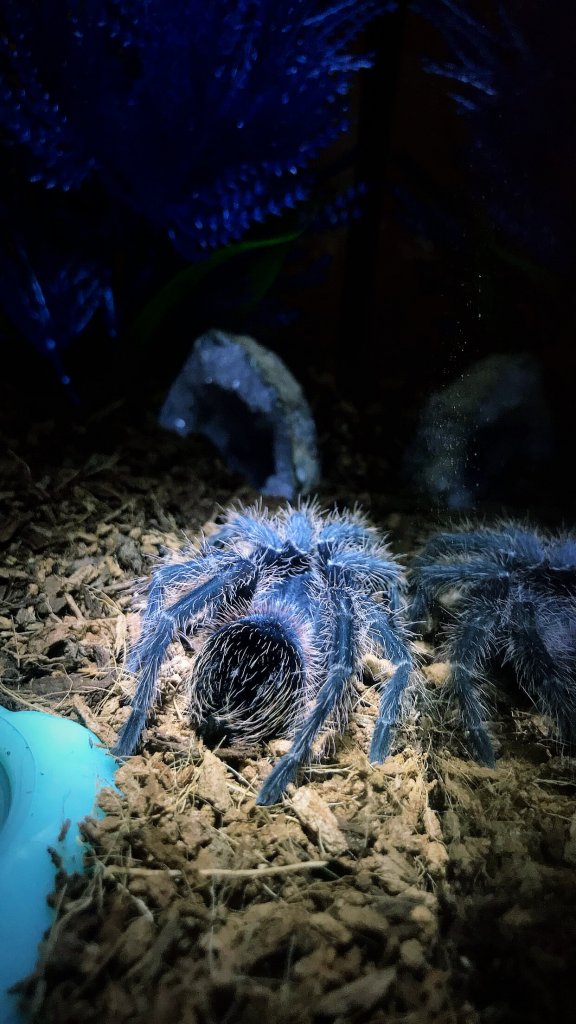 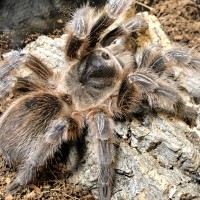 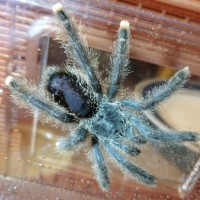 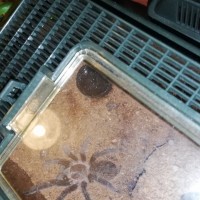 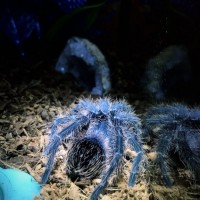 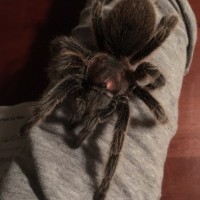 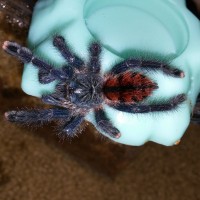 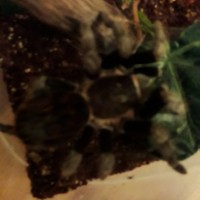 I posted a picture of this same T a couple weeks ago and it just molted. The past post someone thought it to be the L. parahybana because it was mostly brown in color. This molt has obviously proved a much more colorful T than I had thought.
Click to expand...
Also, this T was sold to me as an Lasiodora itabunae at a local Portland pet shop where they purchase T's from local breeders.
How much time was between the molt and this picture? This is what my LP looks like after it molts, but it browns up in the next day or so.
@Mirandarachnid I took this picture three days after it molted. Today it still looks the same as it did in this picture.
I bet you do have an itabunae, then. I read they're brown as juvies and then grow into that blue tint.
It could be. But a photo isnt gonna get positive ID. Especially under cold lighting which enhances a blue colouration.

After a moult most species will seem much more colourful
I wonder if the spermatheca are different enough between parahybana and itabunae for an ID?
@Mirandarachnid Good question about the spermatheca. There are no published drawings or photographs of spermatheca from the Brazilian Lasiodora types to compare to. The best we have as far as an ID key was published in 1923. Using this key, Lasiodora parahybana is different from L. itabunae by the following characters. Posterior lateral eyes about as large as anterior lateral (L. parahybana), anterior lateral eyes distinctly larger than posterior (L. itabunae); More than 7 stridulating bristles on the suture of coxa 1 (L. parahybana); 7 stridulating bristles on coxa 1 in a single file separated from the suture by a bare longitudal band (L. itabunae).

Given this information, it is possible to differentiate L. parahybana from L. itabunae, but it will take a full grown adult and a microscope to make the determination.