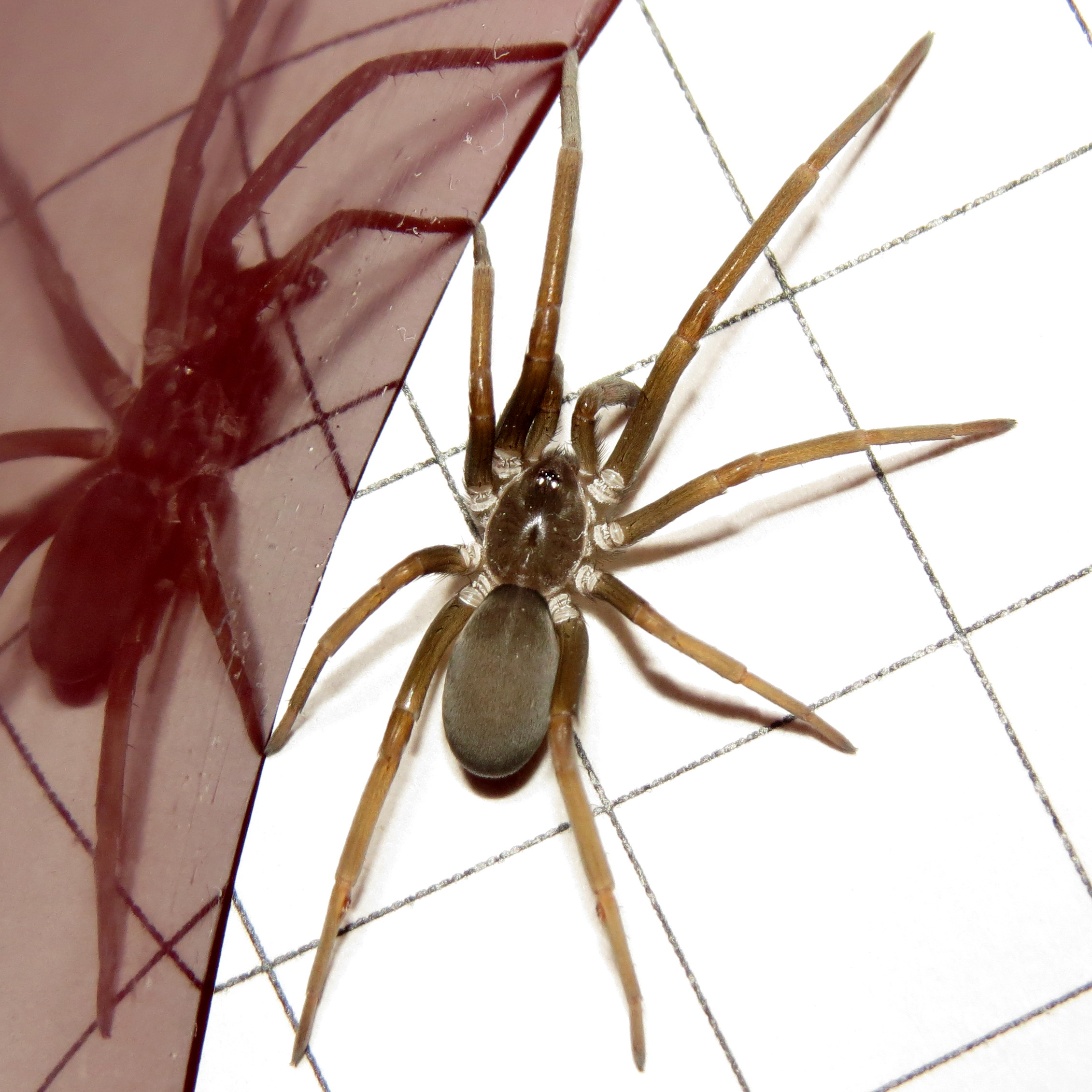 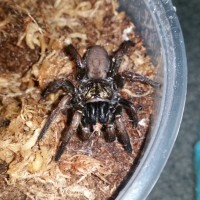 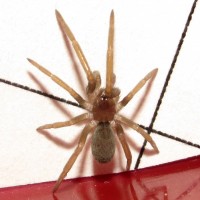 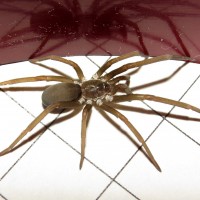 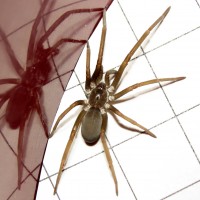 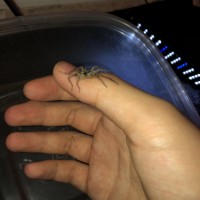 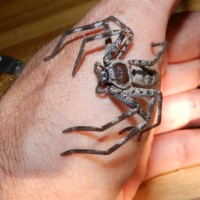 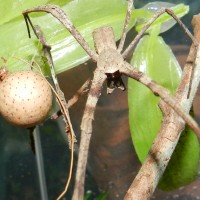 This Kuk was living in my kitchen between a shelf and its wall brace. I coaxed her out of her web in order to relocate her. (The grid paper is 1 cm.)
Click to expand...
additional photo of this spider:

I have a couple of these and was wondering what the difference between mature males and mature females are. Is it noticeable?
@Paul1126 It's not only noticeable, but you'd be forgiven if you mistook them for different species.

Mature males are often mistaken for brown recluses and needlessly killed out of fear. The first two pictures show a male that was courting a female that lived above my screen door (in the hole on the right).

The third picture is one I found in 2014 looking for love in all the wrong places (such as my kitchen floor).

Here is one of my mature females; they are normally a velvety black or grey:

As juveniles, males and females don't look different.
What size do females max out? None of mine look like the mature males you posted.
Have you ever mated this sp? Do you know how big of a sac you can get from these?

Thanks for the info, much appreciated.
actually it's possible both of mine are mature females looking at the pictures.
@Paul1126 Females max out at about 13-25 mm (body length only, not including palps or legs); mature males range from 9-12 mm.

I have bred these spiders a few times. Though I never counted the slings, a reputable source says they lay about 200 eggs. They usually produce a sac about 4-6 weeks after mating, though I had one wait as long as 5 months.

The spiderlings emerge about 4-6 weeks later and live in the mother's web for up to several weeks. This is probably because the slings lack the anatomy they need to produce their own cribellate silk during the first few instars. The mother not only tolerates their presence, but I have observed mothers sharing their kills with their slings in captivity.

These spiders are very long-lived and grow slowly. All of the ones I caught in 2012-2013 as mature females are still going strong.

I would estimate that males take about 2-3 years to mature. (When they mature, they abandon their webs and wander in search of females.) If you've had one for longer than that, and it hasn't molted into a mature male, it's probably a female. I have what I suspect are females that hatched in 2012-2013 that still have not reached maximum size.
@Ungoliant thank you very much