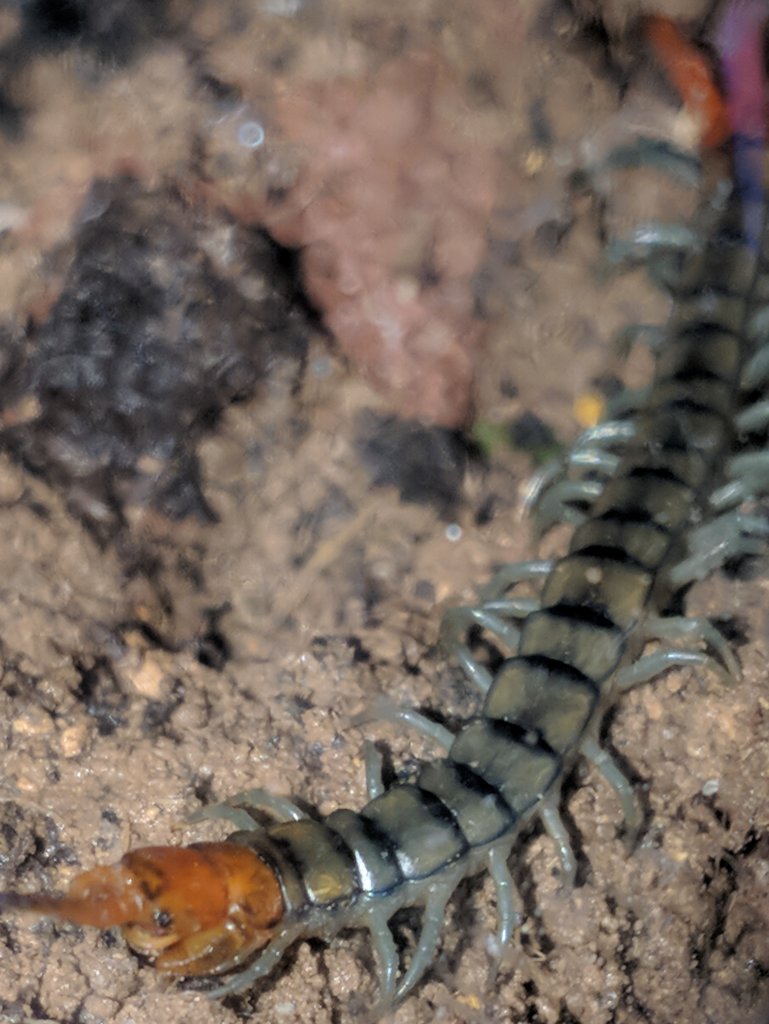 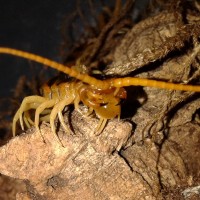 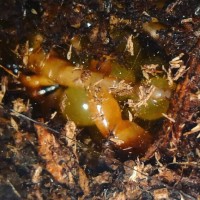 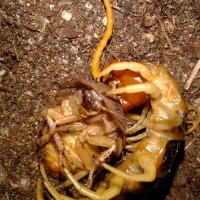 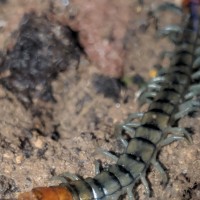 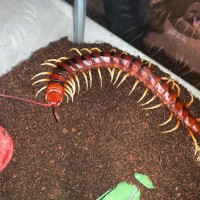 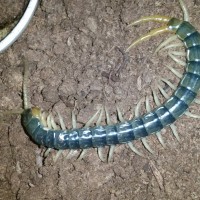 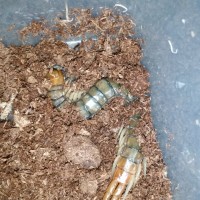 That looks like a S. mirabilis though it's a bit out of its range. Possibly just a very nicely coloured S. morsitans.

But it also looks like it has mycosis, like my last mirabilis, which died as a result. Keep it bone dry (with a water dish) if you want to save it!
@Scoly Interesting, on my topic they told me it could perhaps also be a younger cingulata (or mirabilis).

How can you tell it has mycosis? Good to know, I should move it somewhere dry then
@Havoc cingulata is definitely a possibility, and you find them all round the med so would make sense - I've just never seen one like that! Here is a photo of my mirabilis: http://arachnoboards.com/gallery/scolopendra-mirabilis-i-think.35830/

The mycosis is evident from the dark blotches on its head and maxilipeds. In my photo it is also evident on a number of the legs. I didn't think I was keeping it too wet but obviously was, and sadly lost it... It's something keepers struggle with: you get told all centipedes need to be kept wet, then you lose specimens and figure out that it was all bulls**t, and that a lot of centipedes need to be kept dry.

Did you collect this one yourself?
Actually, just checked their range and S.mirabilis seem to be found much further than I thought. The reason I say S.morsitans is because many of the northern varieties really look like S.mirabilis.

Visually I would say what you have is 100% S.mirabilis, but we'd need to get better photos to confirm.
Thanks, yea I'm also unsure if they need to be kept wet, considering here in Israel it barely rains (only in the winter) and it can get really dry .. yet these guys seem to do fine. Maybe they only need a certain amount of moisture.

Collected / found it myself here, it's been raining here the last couple of days so everything's wet and muddy. Perhaps this is why it got mycosis.

Looks very similar to your S.mirabilis! Only the legs aren't as neon blue
Given the state its in, I'll bet you a beer it'll be dead in three weeks if you keep it anything other than completely bone dry starting from now (but with access to a small water dish at least some days). People tend not to realise that a small enclosure already contains quite a lot humidity, and very little air flow compared to outdoors. Even if you find desert centipedes (and that's what you have) in wet places you should be keeping them dry in the vivarium, and there also needs to be adequate ventilation.

Part of the fear comes from moulting, people think that humidity needs to be high for that (and for some species it really does) but mostly that's not true.

Here's a centipede about to moult: http://arachnoboards.com/gallery/premolt-life-s-gigantea.54978/

Here's one that just moulted: http://arachnoboards.com/gallery/e-rubripes-freshly-molted.56913/

Notice how dry both of those setups look?
@Scoly THAT PART, so much. *centipedes are bad at retaining moisture etc* and then you keep them moist and they die
@Scoly Thanks for the info and those pictures, yea it seems vitally important to have them in a dry place. I moved mine in a small container (for the time being, don't have any other place to put him) and kept it as dry as I could, but a day later I now looked at him at it's barely moving, and rolling around. I don't know if this could be a young species thats simply molting (I dont know what their behavior would be in that case though) or the mycosis is already killing him. I notice it's head looks a lot darker than before.

And actually it looks like the front part isnt moving at all, no movement on his head or front legs .. just the back. Poor guy, probably on it's way out. Weird that it happened so fast, maybe I just didn't keep him in the right place or the mycosis was already too advanced.
@Havoc it sounds like the mycosis is winning over sadly... You say it's in a small container, are there enough air holes? The moisture breathed out by the centipede and evapotranspiration from the water dish can make the air in a small enclosure really humid even though the soil in bone dry, and it's really hard to tell..