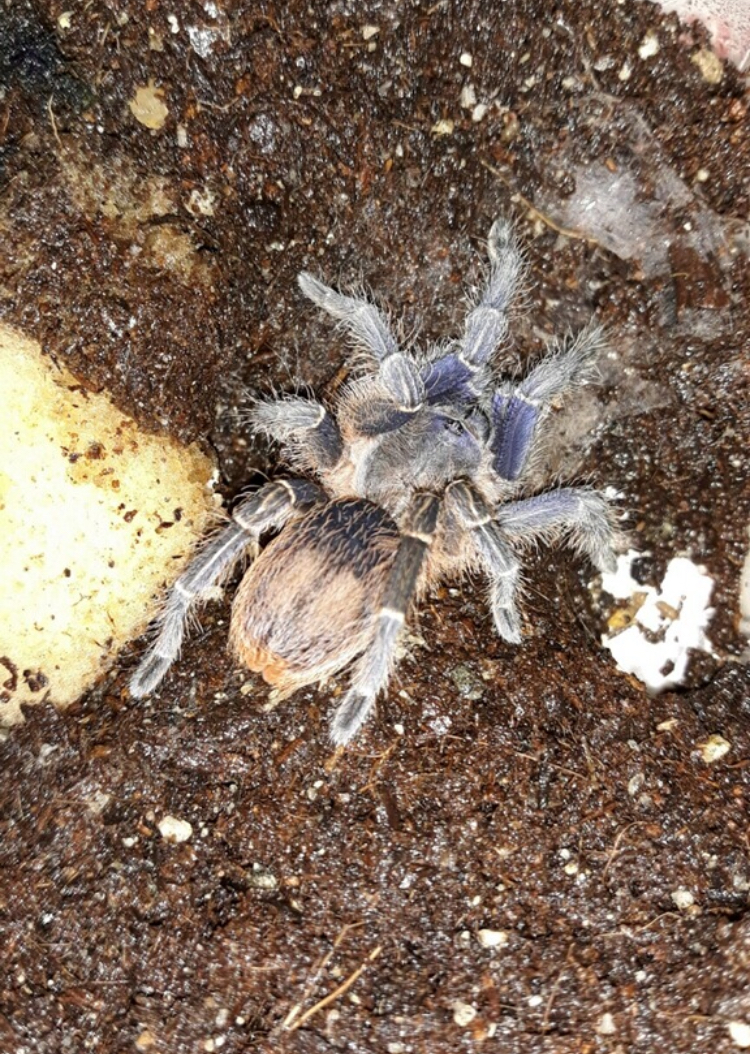 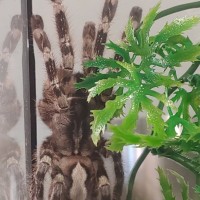 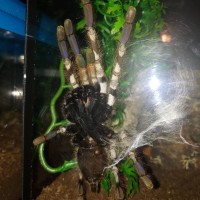 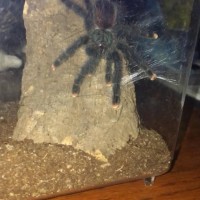 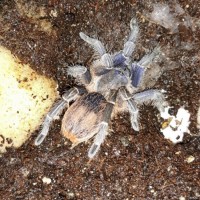 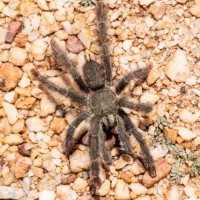 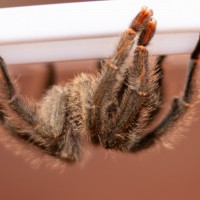 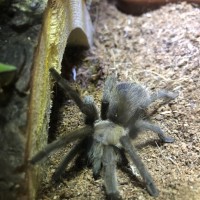 My local exotics store has had this T for while and they aren’t selling it yet because they haven’t been able to identify the species. I told the owner I’d post here and see if I could get some feedback.
Click to expand...
Looks like Aphonopelma seemanni to me.
A. seemanni or A. sp. Guatemala, but it's still young which makes the stripes look thinner. But I'd say it's an A. seemanni.
I'm not so sure about that A. seemanni to me, that purple on legs is throwing me off. Unless that's light or another color variant?
@Hoxter I think it may be the "blue" form coloring exaggerated by lighting.
@Hoxter I don't get why people call it the A. seemanni "blue color form". A. seemanni colors are based on how they're kept in captivity, so it's nothing special. This "blue color form" is not a unique trait nor is it a distinctive genetic/locality, it's just based on how they're kept. WC A. seemanni are more black, CB A. seemanni have the more blue color. I've legit seen WC A. seemanni become more blue as it molted in captivity. I actually thought the "blue color form" was a unique trait, until I later learn it's just based on how they're kept. I just think people are taking it too far. The True A. seemanni "blue color form" is actually what was used to describe the Aphonopelma sp. Guatemla. But people just took it out of hand and applied it to the A. seemanni. So really the A. seemanni "blue" is the (hobby described) A. sp. Guatemala. I personally think people are still calling/labeling as A. seemanni "blue" because they're not aware of the A. sp. Guatemala, which is the true "blue".
@Liquifin I'm not a specialist, all I've come across is naming "bcf", so I assumed they have some specific differences like P. murinus. Your explaination makes sense, will remember for future
Thanks all! I texted the store owner and he’s very appreciative. I told him to let me know when the spider will be for sale lol too pretty to pass up if the price is reasonable.