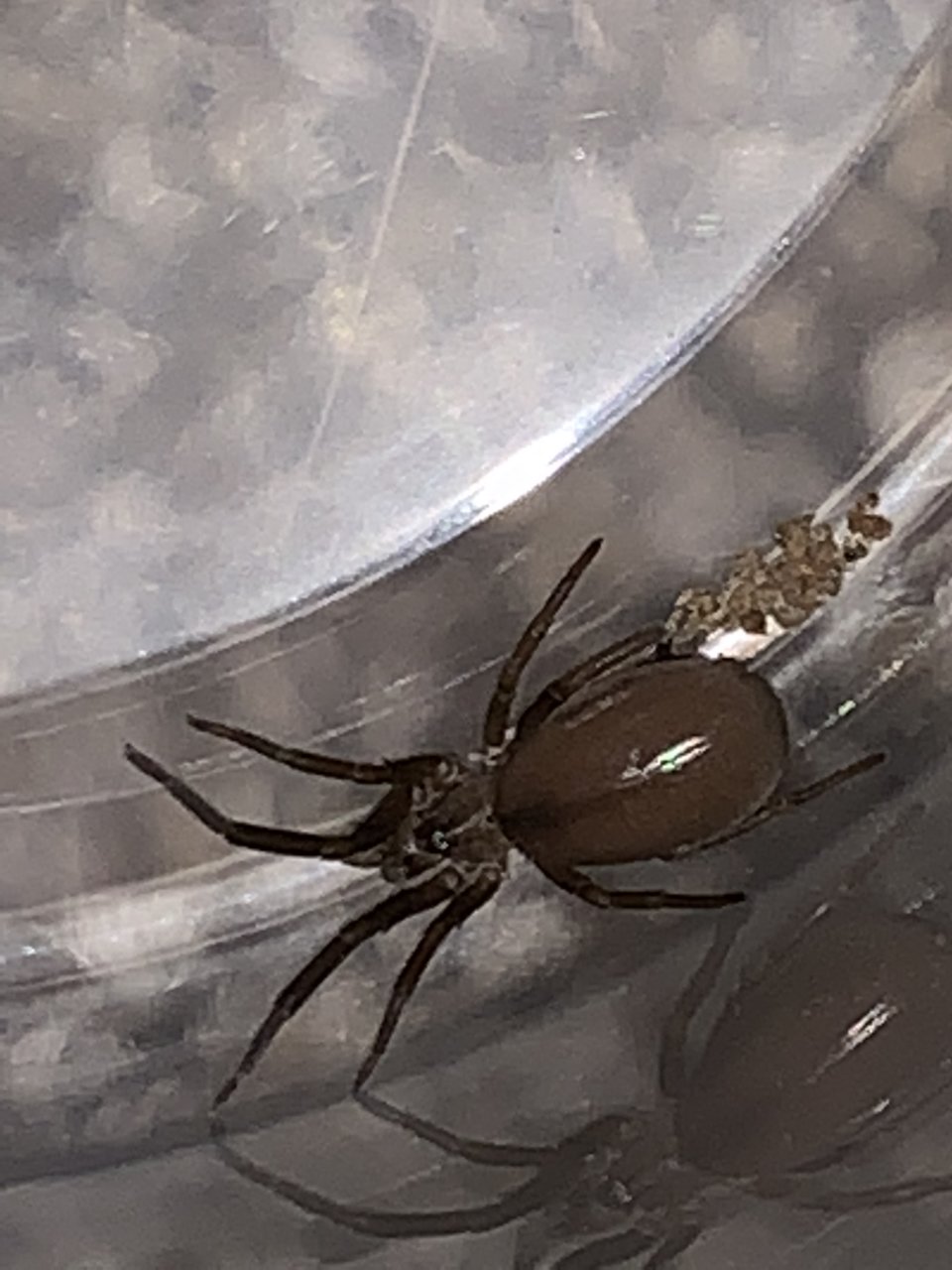 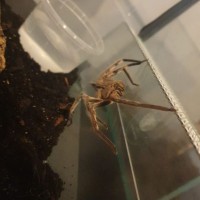 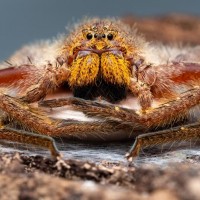 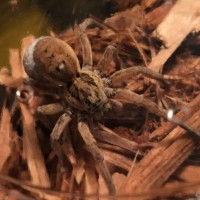 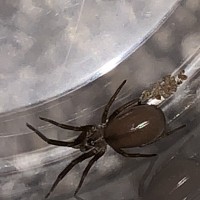 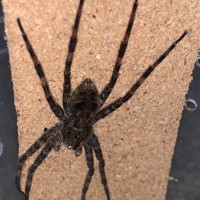 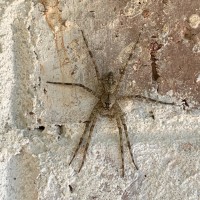 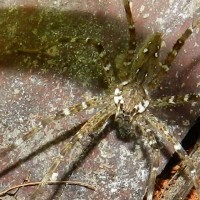 I honestly thought this was tick at first.

I have been all over the web looking for what this is. It was found in central California in an abandoned tarantula hole. Any ideas?
Click to expand...
Not an expert on true spiders but it looks like kukulcania arizonica https://bugguide.net/node/view/273696 to me. They make good pets - live longer than most true spiders.
Kukulcania for sure -- among my favorite spiders.

Your tick may be gravid.
@Ungoliant Yes, I have a Kukulcania hibernalis. They're great "little" spiders.
I'm cuckoo for Kululcania.

It looks gravid
When first pulling up the site I thought it was a tick also.
@Ungoliant I am sure Tick (it’s official new name) is gravid. I can’t imagine it being that fat and not being gravid.

@Ungoliant and @SonsofArachne based on where is it found, it needs a dry climate, lots of foliage, some rocks, about 4” of substrate, some sticks, and I was thinking a 4x5 enclosure.

What are you thoughts on this considering Tick is also going to drop a sac soon. She is only 1” long at the most if she stretches her shiny abdomen out.
@Drea Crevice weavers normally prefer a hole or crevice in which to build their retreats. Their webs radiate out from the crevice/retreat.

Here is a typical Kuk home above my screen door. (The brown spider is a mature male courting the female that lived in the hole.)

They are honestly pretty adaptable. In "nature" find slings between slabs of siding on the walls. Spiders of all sizes like gaps in masonry and wood. I have dozens of them in my shed, where they've webbed over every gap leading outside.

They are pretty drought-tolerant, since they often live in places where they would see little or no water beyond what's in their prey. Don't bother with a water dish. Just drip water onto the webbing once in a while.

It is very easy to overfeed them. I feed mine about once every month or two, and they are all still obese.

When I've bred them in captivity, they usually dropped a sac within about 4-6 weeks of mating, but one went as long as 5 months. The spiderlings emerge in about two months, and for the first few weeks, they live in their mother's web. I've observed the mothers sharing their kills with their slings (or at least tolerating the slings feeding on their kills). During the early instars, they lack the structures needed to build their special cribellate silk, which is probably why they linger in their mothers' webs longer than most other slings. Honestly, if she's a good mom, it's way easier to let her feed them communally from a bigger kill than trying to find tiny prey for each of them.

It's time to separate the slings when it looks like the mother no longer tolerates them around. (She almost looks annoyed, trying to shoo them away.)
@Ungoliant helpful and informative... thank you. Once I get her set up, I will post pictures. Your enclosure is gorgeous..

I hope to have her good to go by tomorrow. Judging by the size of her, I don’t have much time. I already feel bad for stumbling across Ticks home in the wild with her condition. Most I can do now after destroying her home is build her a perfect home to raise her sling babies.