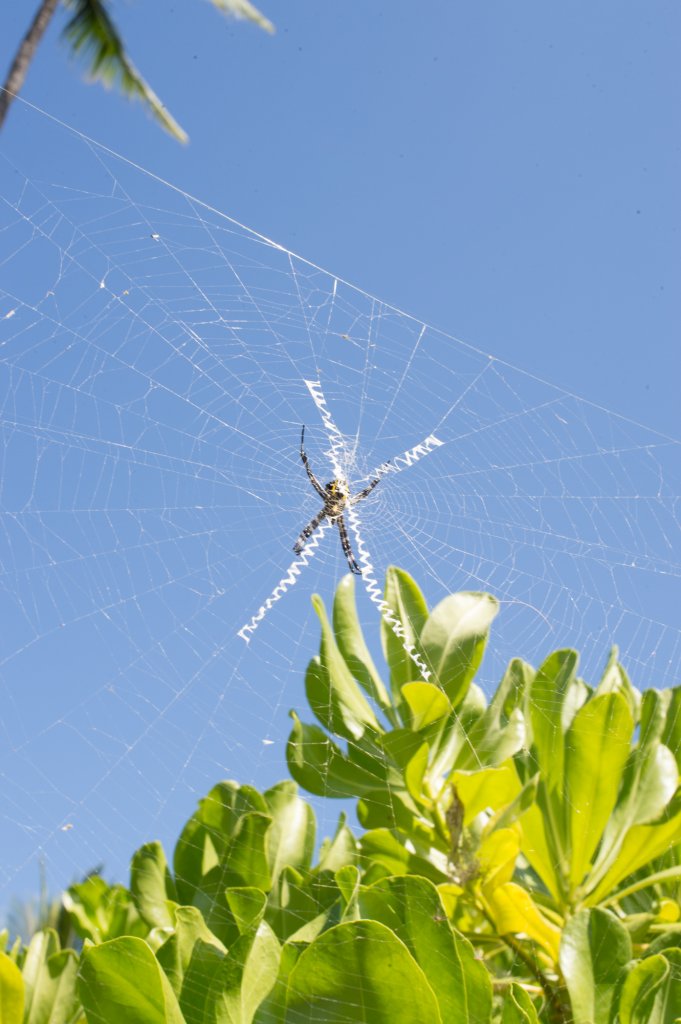 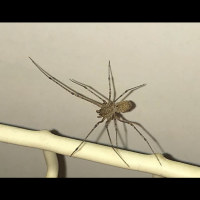 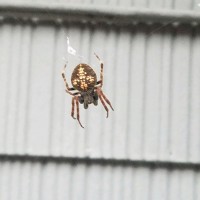 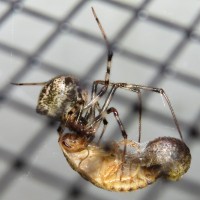 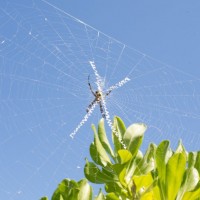 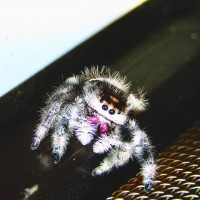 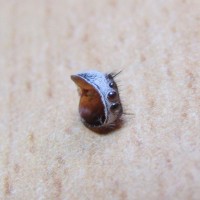 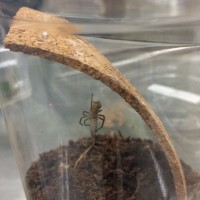 Aloha! Just got back from my vacation in Hawaii :) Missed my Ts, but the local spiders are fascinating. The guide said to a very skeptical me that the "X" is strictly for visual purposes
Click to expand...
That is awesome
I was under the impression that it was a support for the spider, since they'r usually pretty big, but apparently that theory has been disproved. The most likely theories currently are that it protects the spider by either acting as camouflage or making it seem even larger, or that it helps prevent birds from accidentally flying into the web
@PidderPeets As soon as I got back to my hotel I had to google it an came up with similar conclusions. My friends were NOT amused by my lengthy realizations

They're bigger than the garden spiders we have here in Ontario, but their webs were huge! Some were as big as doors, which is why I think your point about preventing large animals from blundering through it makes perfect sense.
My understanding was that it was for stabilization purposes.
Gorgeous spiders. We do have some Argriope species in Ontario, but none of those really huge ones. Argiope aurantia is not small, by any means, but is a lot smaller than the tropical Araneidae.
They used to be Nephilidae south of the equator, but that genus has been combined into Araneidae recently.
One theory I've read is that the stabilimentum (the technical term for those web decorations) attracts prey insects (when viewed in the UV spectrum, which many insects can see).
@VanessaS I'm definitely keeping my eye out for them now. The size of these ones were similar to fishing spiders found around here.

@Ungoliant Interesting theory. The guide "claimed" that these webs are strong enough to catch bats, but I'm not so sure about that. Come to think of it, there was quite a bit of fake news when it came to the animals there lol. My snorkeling guide told me me saw a 40ft manta ray...
@Haemus Why would a web be destroyed by bird strikes but not by bats?
@Ungoliant To be fair, the bats are pretty small, but I'd swear a falling twig would damage the web. A bat would likely go right through it.
The truth is that nobody knows for certain. Everything is a theory - stabilizes the web, attracts prey, helps camouflage the spider - all theories.
I'm going with stabilization, since I have observed them, and smaller orb weavers, and the smaller webs don't have them. If it was for attracting prey, or helping to keep the spider hidden, then all orb weavers would have them... and they don't.
However, the smaller orb weavers have much smaller webs and probably don't need much in the lines of stabilization.
The prey that they would be able to catch in those webs would be large. It wouldn't be that easy for an animal to break free of it - especially hitting dead center.
Beautiful shot!!! You lucky bastard, I haven't seen one of those spiders around my area for years. The last time was when I was in elementary school.