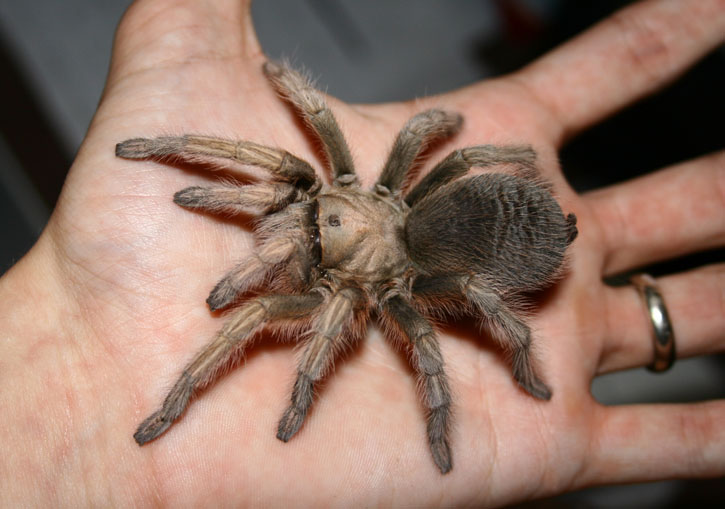 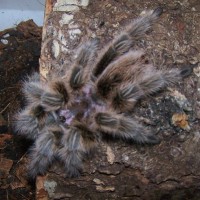 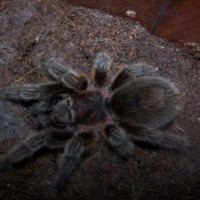 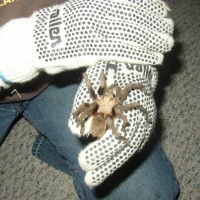 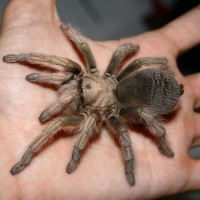 this T was caught in Nye county Nevada its a very very docile critter
Click to expand...
Any other information about it? Was it WC / collected from somewhere by you? Did you get it at a pet store?
it looks like a pic of an A. chalcodes I saw on the Aphonopelma appreciation thread page 82nd post down by becca
scott
The only tarantula found in Nevada is Aphonopelma iodius, but this doesn't look like the ones I've had of that species, and they were confirmed by Rick West. This really looks more like A. chalcodes to me, though how it wound up in Nevada is anyone's guess. I suppose it could have hitched a ride, unknown, underneath the carriage of someone's car.

pitbulllady
You can't go by color when identifying most Aphonopelmas. It will likely look dramatically different once it molts. The A. eutylenum / iodius (there is some debate if they are even different) here (California) look just like that, but with less prominant leg striping, when they've gone awhile without a molt. My A. chalcodes also does not have leg striping anywhere near as prominant as that T.

-Alice
Has a nice plain beauty to it, nice pic also.
Aphonopelma hentzi?
its an A. idious. He had it and only had a common name that the breeder gave him. It is part of a breeding project to get CB idious in the hobby . havent talked to him in a good while so not sure how thats going
Aphonopelma chalcodes
It is very pretty. I've never seen a US species with such bold leg striping before. I hope the captive breeding program works. I'd love to get my hands on one of them.