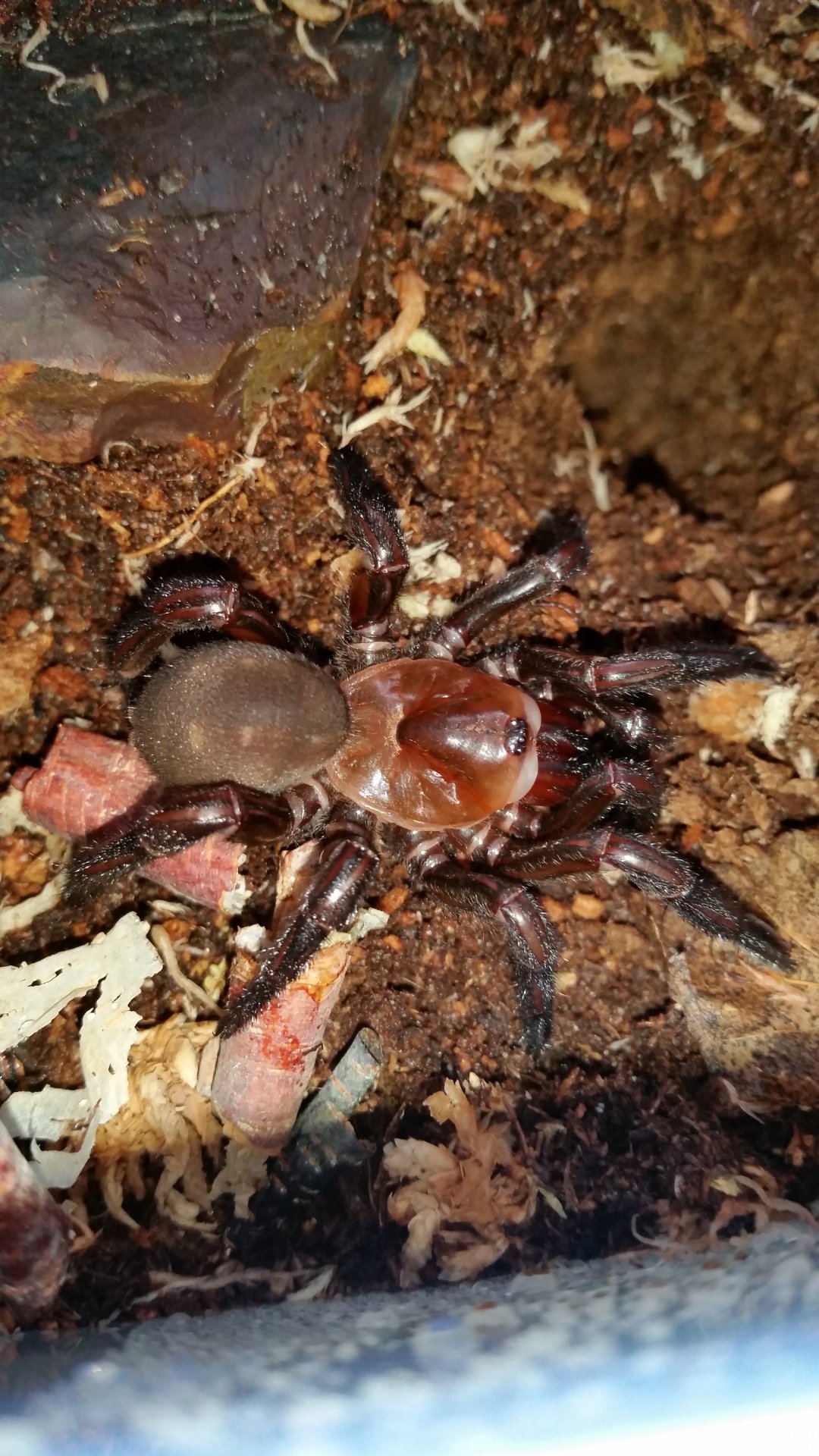 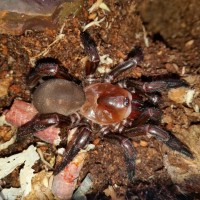 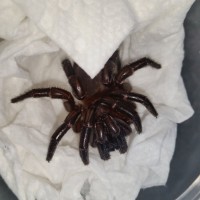 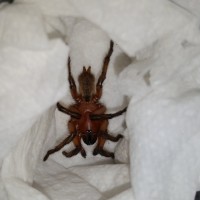 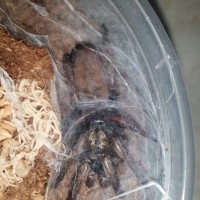 Best guess is Mt Tambourine locale. A bit twitchy, but didn't take half an hour to seperate from the paper towel like my other one did
Click to expand...
Just a little curious, but how many amazing species of trap door spiders are there in Australia.
@Liquifin between Nemesiidae and Idiopidae there are about 21 genus + Barychelidae, then including Atracidae and Actinopodidae, which although aren't trapdoors they all build lids... there's quite a few lol.
Then there's still our Dipluridae and Hexathelidae, and probably even more primitives I haven't even heard of yet
Side point I forgot: the number of species in Idiopidae, and probably many more, is expected to double
If it's come from around the NSW Qld border it will be Euoplos variabilis, the tambourine form was scrapped a few years ago as they proven to be the same species, I wish I knew you were keen for another one of these as I have several xl females and what looks to be a pre ultimate moult male that I've been trying to re home.
@Rhino1 I'm always keen for more lid makers, I have a few MM's here that will unfortunately pass soon but that means I'll have free enclosures so hold onto some for me also thx for the species ID, that helps me alot. I could probably use the male too once he's matured, but only if you're done with him
It's a beauty, yeah so both sides of the border should be the home range for variabilis which includes Tambourine Springbrook etc right down past Numinbah valley, Byron bay hinterland.
I have a soft spot for I've spent a lot of time on this species, I reckon you may want one of these Euoplos turrificus too at some stage
@Rhino1 you know me all too well, but only if there are plenty around. I wouldn't want to satisfy myself at the expense of a fragile population.
The more burrows I find of these the more interested I find myself becoming in them as well. I have my sights set on one burrow with a 60mm wide entry and a probably even larger spider, but that will have to wait for another day. I'm plenty happy with this beautiful girl for now
I still haven't stopped at that park that was mentioned in that article but drive past the turn off every day, so still don't know for sure if it hammered by collectors or not.
They are about in good numbers, quite often in quite dense communities with burrows only an inch or two apart in some spots.
But nah man, I like to think I work with the spiders to some degree and don't actually collect any at all until I see multiple colonies in an area, I took a hell of a lot of pictures of burrows during several trips before I actually took collecting gear.
Also that other species in question seems more wide spread than what was reported in that article.
@Rhino1 doesn't surprise me since they haven't had much spotlight time until recently, but I'm glad. One day, I'd love to have each species in enclosures side by side so you can compare all the different "palisades".
Also seems like Variabilis shares a very similar range to H.Formidabilis reported locations. I've seen them together at Tambourine, so it makes sense they stick to the same environments. My new little one has made a cracker of a web castle in her false log. will definitely be keeping her well supervised though, I'm confident in my housing and husbandry but can't be too cautious around something like that
Speaking of funnel webs, at the new place we have yet another species here that builds a very soft web compared to the other funnel webs I've seen