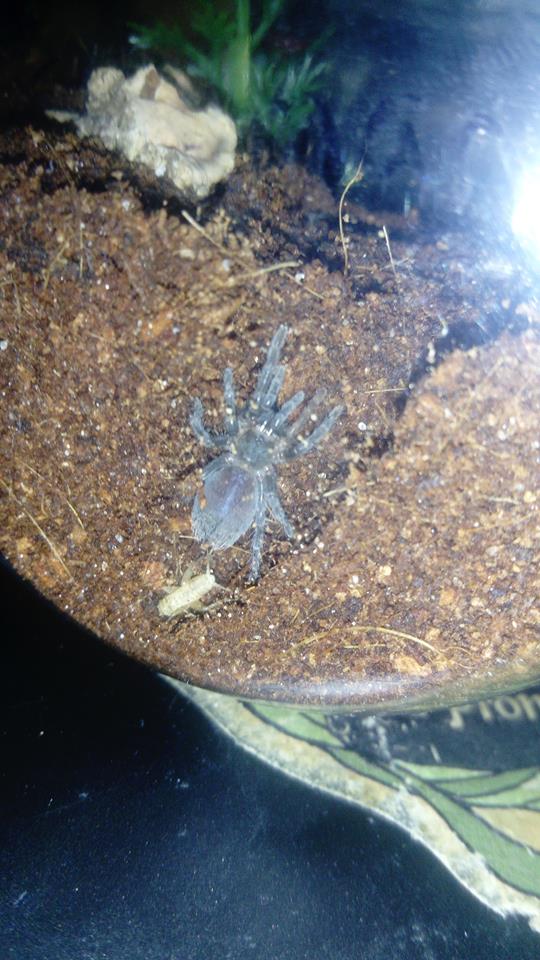 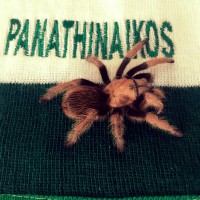 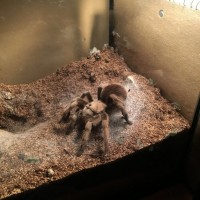 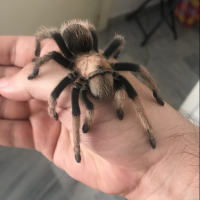 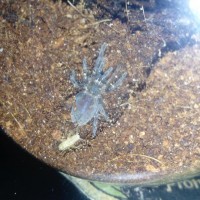 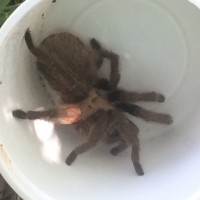 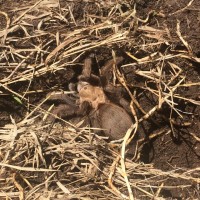 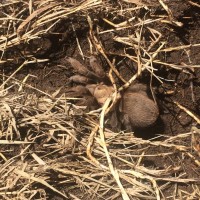 Please read my longer comment, need adivce
Click to expand...
Picture isn't very clear as my phone refuses to focus on my slings. When I first got this A.Seemanni sling one of its legs was clearly pretty dead, as I was trying to look the leg came off as the sling brushed its web. I thought nothing of it as I knew it would grow back after a molt. This is now almost a month after his molt (30th June molted) and the same leg, first right next to pedipalp, appears to be turning a brownish colour again and is looking thinner than the other legs. Does this mean the leg is dying again for some reason or could it just be a colour difference as the leg was regrown? Never had this sort of issue before so if anyone is more experienced could really use a second opinion on what actions to take, whether it be to remove or leave it x
@WelshySian Usually takes a couple molts to be fully generated and identical to other legs.
It will look like a small baby leg for a molt or two, nothing to worry about though...its part of the growing process.
Regenerated legs usually look smaller and lesser formed than normal legs the first few molts after regeneration. Just give it a few more molts and you shouldn't even be able to tell it was ever missing
Thank you guys so much, he's one of my favourite slings so I was worried but he was feeding fine and everything, thank you again I shall leave him to it x I'll leave this picture up just incase someone else has this issue and isn't sure x